How Tough Are BOSS Pedals?

Some say that in the event of a global catastrophe, all that’ll remain are cockroaches, Keith Richards and BOSS pedals. In this article, we’ll explore some of the reasons behind BOSS pedals’ incredible reputation for ruggedness – how do they do it?

Guitarists and musicians worldwide have relied on BOSS pedals for decades, and seem to keep coming back for more. The Japanese manufacturer is one of the undisputed titans of the stompbox world. Credited with bringing guitar pedals to the masses, they pioneered the compact effects format and remain industry leaders to this day.

Aside from their compact designs and colourful legacy, they’re known for one other crucial thing: they’re borderline-invincible. Let’s take a look at how BOSS earned this reputation; why do their pedals last so long, and how much can they really handle?

We all know what BOSS pedals look like. They’re arguably one of the few bits of guitar gear – alongside Fender Strats and Marshall amps – that might just be recognisable by members of the general public.

Part of the reason BOSS pedals are so recognisable is that their signature compact casing has remained the same since 1977. That’s over 4 decades. Those tough angles are built like armour plating; it’ll take quite a lot of force to do any serious damage. 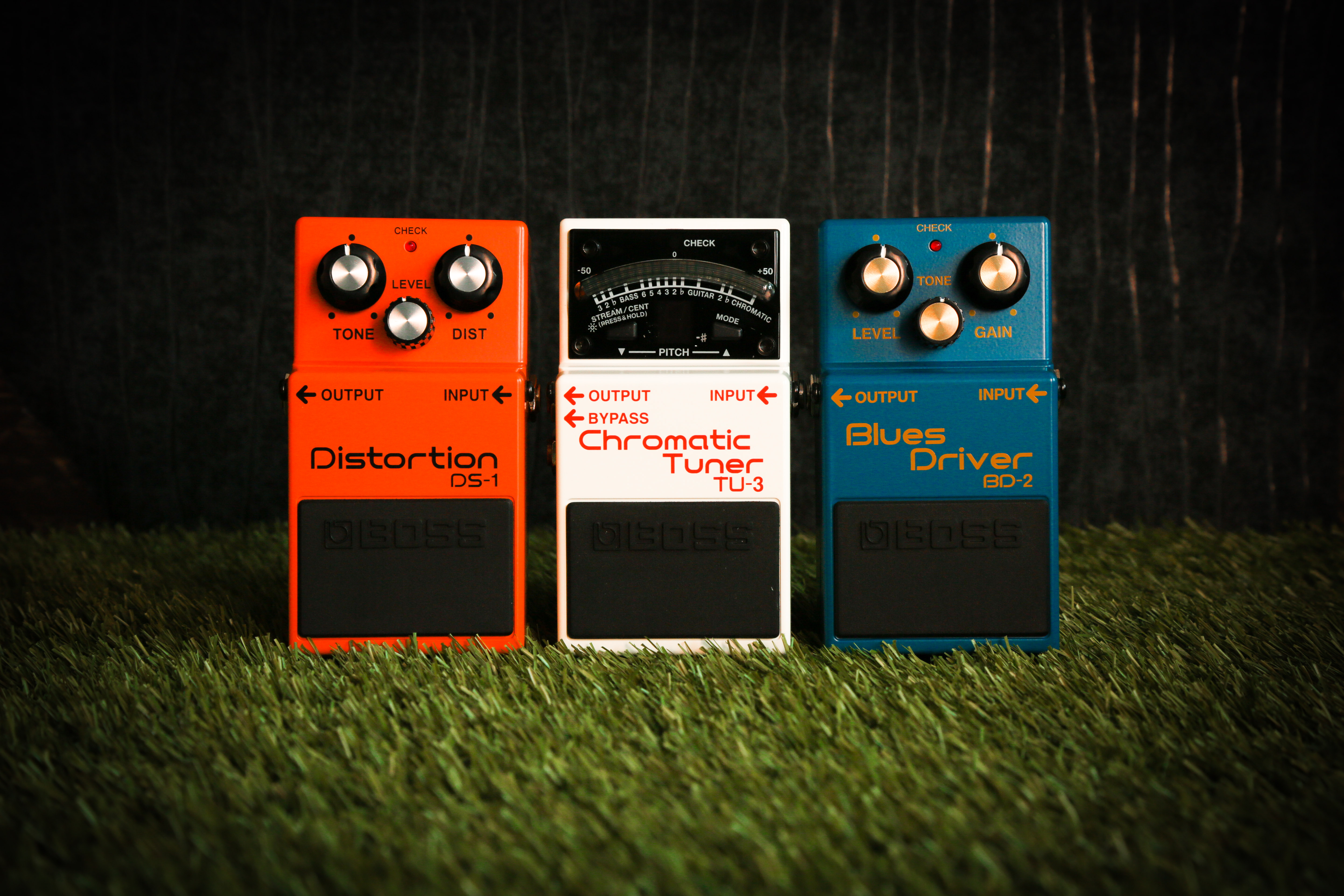 In addition, the position of the footswitch was designed in such a way that it prevented your foot from reaching the rest of the controls. That means that you won’t stomp on the knobs and extra buttons when you’re switching, so there’s no risk of damaging the control panel. Smart, eh?

Similarly, the internals of the switching system were designed back in 1977 and haven’t changed since. They were originally built to eliminate pops and clicks – so they were noise-free from the get-go.

According to numerous tests conducted on their footswitch design, you can stomp over 100,000 times and it’ll still work perfectly. We reckon that might just outlive your favourite pair of shoes.

Naturally, BOSS take the time to make sure that their pedals are gig-ready and working perfectly before being shipped from the factory. We consulted BOSS about their testing process, and we weren’t disappointed. Here’s a taste of what their stompboxes go through during QC:

It’s worth noting that BOSS and their parent company Roland put all of their products through this rigorous testing routine. Tough cookies indeed! 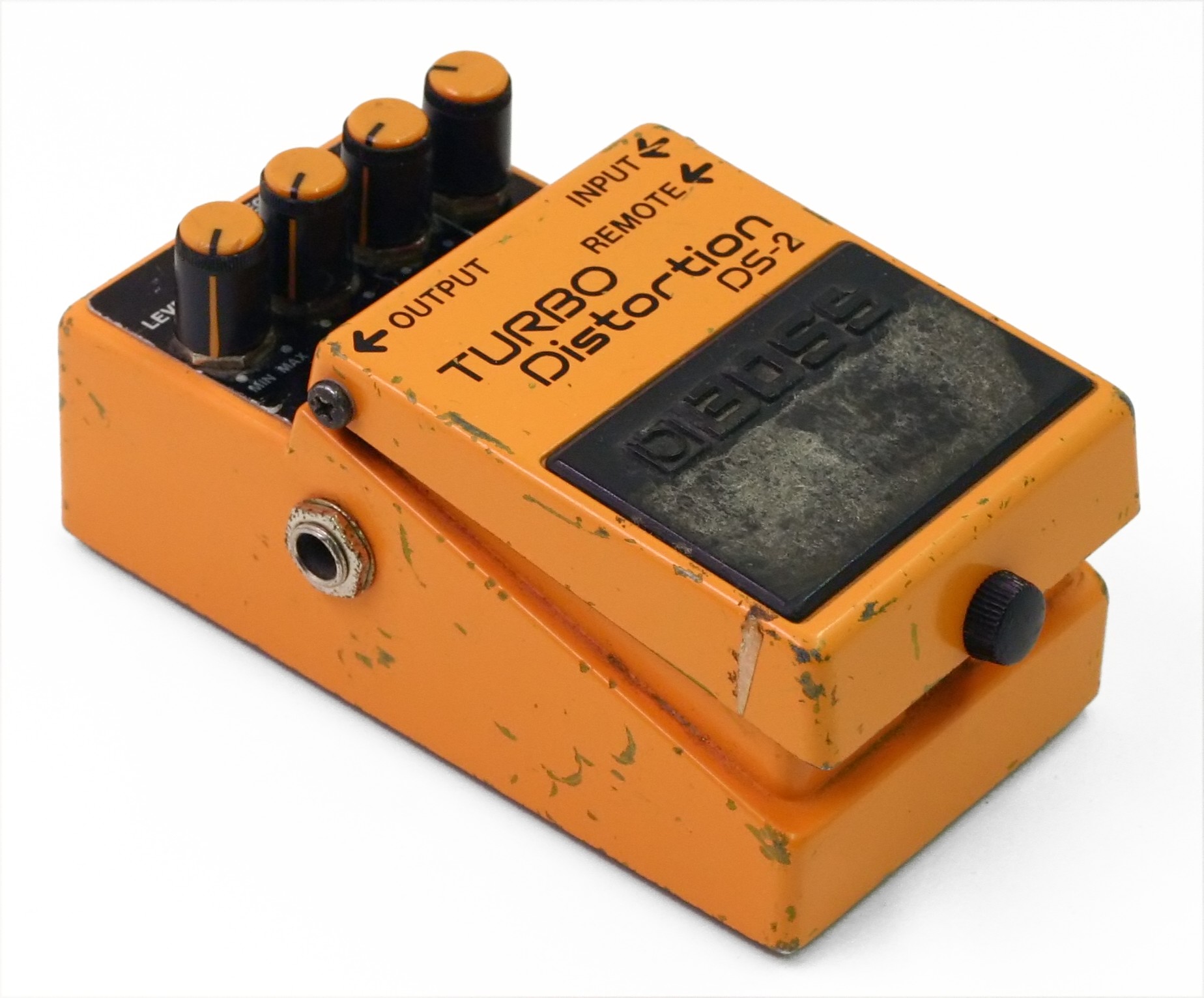 It might go without saying that BOSS only use top-quality components for their pedals, which contributes to their bonkers longevity. In addition, every detail is considered and scrutinised; the order of components, the space that they require, and so on.

This sometimes extends to BOSS designing their own technology from scratch. A good example of this is their WL wireless systems; to facilitate the reliability and performance of their WL design, they feature proprietary wireless technology. They aren’t afraid to work from the ground up to ensure that they get it right – and it shows!

How tough are BOSS pedals?

Spend a bit of time on Google, and you’ll quickly see that BOSS pedals’ toughness is well documented.

Fans have done just about everything to their BOSS pedals, and for the most part, they just keep coming back. This includes submerging them, running them over, using them as baseballs…

…and our personal favourite, freezing them. Here’s Simon The Magpie’s frozen DS-1 experiment:

How did it start?

I did this thing online where people could send me three BOSS DS-1 pedals and I would bend* one of them and send it back. One of them was a ‘hit’ on a Swedish facebook page for selling gear.

So at one point I must have had about 10-15 BOSS DS-1 pedals lying around. I remember one showing up in a package that was beaten up like crazy – I couldn’t believe it. Like how the fuck do you mess up a BOSS pedal like this? They’re built like tanks!

So later that day that I dropped one down from the roof as a first step, and it didn’t do anything with the pedal at all. So I progressed from there. I think after posting the first or second video I got a comment about another channel having done the basics already like throwing it in the ground and driving over it with a car. So I amped it up a little – and to my surprise it survived just about everything but a gun or a microwave.

Did any of the results surprise you?

I think the cannon surprised me the most. It got so beaten up, inside and out. I did not expect it to function after that. Another thing that surprised me is that people actually wanted to buy the messed up units as art pieces. So I still have a handful of broken DS-1 pedals to turn into art as soon as I have time for it.

Honestly though, almost every time it survives I am still surprised. Frozen solid, flattened by a 300kg safe – it never stops amazing me how that first pedal that showed up in the package could be so messed up.

For me, there are a couple of different genres of BOSS pedals. The ones that are amazing to circuit bend, the ones that are solid pedals straight out the box, and the ones that I’ve always wanted. I think the one pedal that ticks all of the above could be the DC-2 (the old one). I haven’t bent it yet but I’m sure it’ll be amazing! Otherwise it’s probably my ‘Metaldrone’ which is a circuit bent Metal Zone with a patch bay and actual barb wire on it that you can touch for super metal expressiveness.

Any plans for future BOSS experiments?

The latest ones I’ve filmed have been really lame but funny. I did a couple of episodes this summer that I haven’t posted yet. I spent a day with my good friend Tataki taping BOSS pedals to our feet and had a running race. After that, we played golf with a couple of Metal Zones. It was a glorious day but the destruction itself does not have a super high science value.

Other than that, I do have a couple of really cool experiments in mind to try when I get time. One word: thermite.

*circuit bending is tweaking the circuitry of electrical devices to alter the function. This could be visual, audio – anything.

Check out Simon’s channel here for all of your circuit-bending, mind-bending audio needs!

I think we can safely conclude that BOSS pedals are indeed pretty flippin’ tough, and with good reason. Not only are they among the most popular pedals of all time (over 15 million units shifted!), but a lot of hard work goes into the process.

Thanks to Matt at BOSS & Simon The Magpie for helping us out with this article – and thanks to you, kind folks of the internet, for reading it! If you’ve enjoyed this piece, be sure to check out the rest of our blog content here, and browse our full BOSS selection. Sayonara!