Maestro Pedals – The Originators of Rock and Roll

With a strong legacy and reputation for cutting edge and unique pedals, Maestro is THE founder of guitar effects and the originator of Rock and Roll.

There are only a handful of companies who can truly say they helped define the sound of a generation. Maestro is certainly one of them. The iconic Maestro FZ-1 Fuzz Tone was the first widely marketed fuzz pedal and would become synonymous with the sound of Rock and Roll in the 1960s. Fast forward sixty years and the legendary pedal company is back with a bang, ready to inspire a new generation of guitarists!

The Maestro FZ-1 Fuzz Tone was released in 1962 and was the first commercially available fuzz box to gain widespread use. Manufactured by Gibson and designed by engineers Glenn Snoddy and Revis V. Hobbs, the FZ-1 was a game changer for guitarists everywhere. 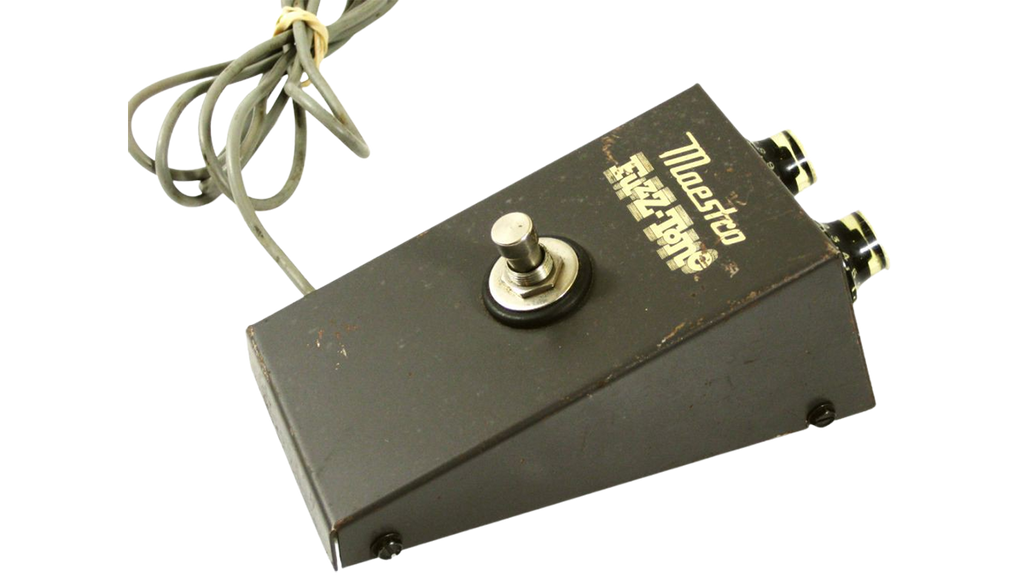 Featuring a three Germanium transistor circuit with RCA 2N270 devices, the FZ-1 was originally designed to produce a thick “brass-like” tone. Gibson even went as far as to implement the FZ-1 circuit into their EB-0F basses in 1964 to help push the design.

In the late ‘50s, guitarist Link Wray had been intentionally overdriving his amp to create noisy, distorted tones. He used the newly invented Gibson humbucker pickup to help push his amp harder and even made holes in his speaker cones to help distort the signal. An example of this sound can be heard on Wray’s 1958 song “Rumble”. On its release in 1962, the Maestro FZ-1 allowed guitarists to push their amp into sonically pleasing breakup but at lower volumes and without the need to destroy their speakers!

The FZ-1 would go through a number of circuit changes in the coming years, resulting in the FZ-1A (1965), the Robert Moog designed FZ-1B (1968) and FZ-1S Super Fuzz in the early ‘70s. Such was the success of the FZ-1, a number of “copycat” designs soon hit the market from Arbiter, Mosrite and Electro Harmonix to name a few.

Maestro truly earned their legendary status and cemented their place in Rock and Roll history in 1965. The Rolling Stones’ hit song “(I Can’t Get No) Satisfaction” featured an FZ-1 on the opening riff, sending sales of the stompbox skyrocketing. It could have been so different though; guitarist Keith Richards had used the FZ-1 to record a “brassy” guide track and had not intended for it to make the final recording. Against “Keef’s” wishes though, the track remained, and the rest as they say, is history.

Designed by Mike Battle, the legendary Echoplex tape delay (later renamed the EP-1) was released in 1959 and set the standard for the effect in the 1960s. Today, the Echoplex is still regarded as the standard to which all other tape delays are measured. The Echoplex worked by recording the sound onto a magnetic tape, which was then played back. The tape speed or distance between the heads would determine the delay, while a feedback variable (where the delayed sound is delayed again) allowed for a repetitive effect. 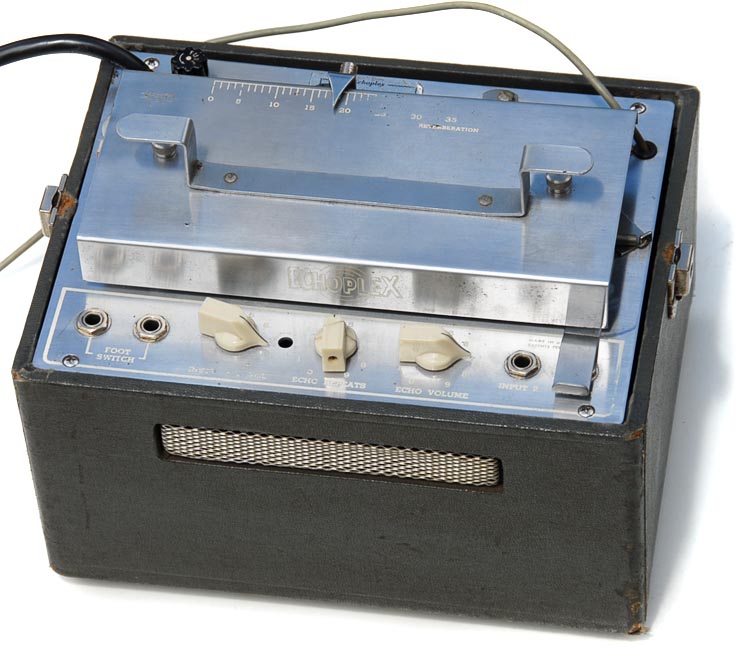 During the 1950s, Maestro was a leader in vacuum tube technology. The original Echoplex units used these vacuum tubes to produce their signature warm, delay repeats. The Echoplex’s tubes meant it could also be used as a kind of preamp, similar to those found in amplifiers. By turning off the delay repeats, it added a rich, warm, full-bodied quality to the sound which guitarists quickly grew to love.

In the coming years, the Echoplex would go through a number of design changes. The Echoplex EP-2 saw the addition of an adjustable tape head, which allowed for variable delay, and a tape cartridge to protect the tape heads. The most significant change though came in the early ’70s when the vacuum tubes were replaced with solid state transistors. This revised unit would be known as the Echoplex EP-3. Original designer Mike Battle was not happy with this change though and subsequently sold his interest in the company. 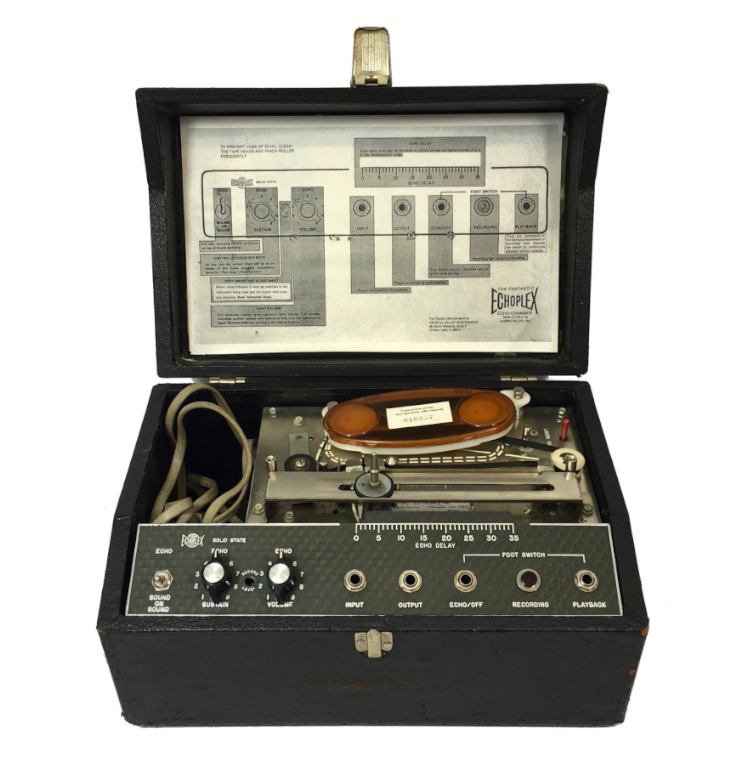 Eddie Van Halen was a notable user of the Echoplex EP-3 and it featured all over Van Halen’s iconic debut album. The opening riff of “Aint Talkin’ ‘Bout Love” demonstrates the EP-3 being used to add a quick “slap-back” delay, adding depth and texture to Eddie’s sound.

Back with a Bang 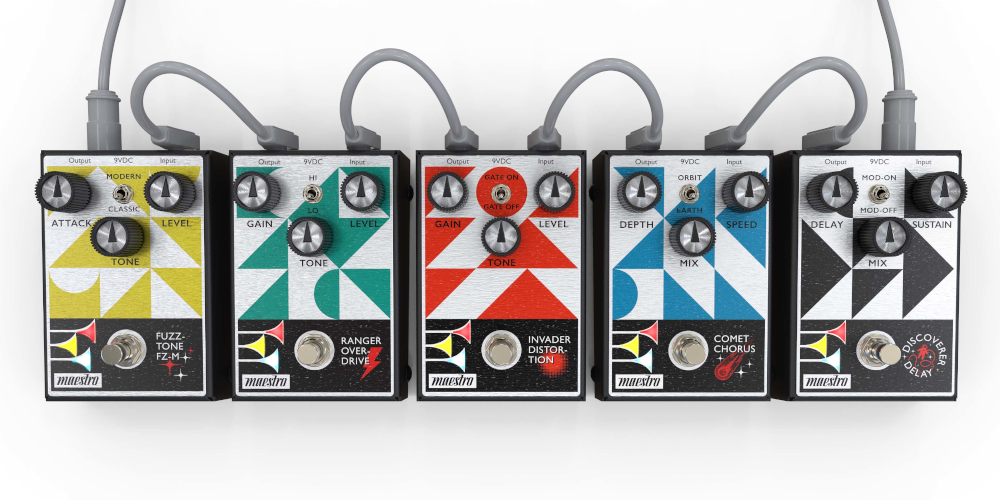 Watch The Captain and Danish Pete put the new Maestro Original Collection through its paces!

NEW Maestro Pedals - The First Pedal Brand EVER is Back for 2022! Maestro Pedals was the first pedal brand ever! Introduced in 1962 with the FZ-1, this iconic fuzz pedal was used by the likes of Keith Richards and Pete Townsend and helped to shape the sound of a generation! Maestro is now back for 2022! | | https://tinyurl.com/y7uagbm6 » Maestro Ranger Overdrive Pedal | https://tinyurl.com/y9w8bk5h » Maestro Invader Distortion Pedal | https://tinyurl.com/y9kclmf3 » Maestro Fuzz Tone FM-Z | https://tinyurl.com/ydcf3glm » Maestro Comet Chorus Pedal | https://tinyurl.com/y98yne2d » Maestro Discoverer Delay Pedal | https://tinyurl.com/y9rlg8j2 Maestro Pedals have branded themselves as 'the founder of effects and the originators of Rock n' Roll'! Maestro pedals have helped to shape the sound of a generation and they are the first pedal brand ever, which is why we are so excited that Gibson has brought them back! The new range features updated versions of classic pedals tailored for the modern player without sacrificing any of the vintage goodness! Want to know more about Maestro? Check out our blog! » https://blog.andertons.co.uk/industry/maestro-the-originators-of-rock-and-roll 🎥 If you live outside the UK check out this video on how to order from Andertons! » https://www.youtube.com/watch?v=Iu_zvwZ--Hc 🎥 Looking to watch something else? Check out a ❓mystery❓ video here! » https://www.youtube.com/watch?v=zTmiAldA7ok ⏰ Timestamps ⏰ » 0:00 Intro Jam » 0:48 What are We Looking at Today? » 4:24 Let's Start with the Maestro Fuzz Tone FM-Z on the Les Paul! » 7:44 Let's Try it with the Telecaster! » 10:35 Moving on to the Maestro Ranger Overdrive » 14:45 Up Next, the Maestro Invader Distortion » 17:40 Jumping Over to the Maestro Comet Chorus » 21:07 Lastly, the Maestro Discoverer Delay » 26:06 Final Overview 📺 Looking for more exclusive content? Sign up to Andertons Extra! » https://andertonsextra.com/get-extra 📱 Why not give us a follow on our social channels? » Instagram | https://www.instagram.com/andertonsmusicco » Facebook | https://www.facebook.com/andertons/ » Twitter | https://twitter.com/andertonsmusic 🎸 Want To Jam Along? Check out our Backing Tracks! » https://andertonstv.bandcamp.com/ 👕 Buy A T-Shirt 👕 | https://tinyurl.com/vdq7rmg You've watched the videos & seen the store, now join the Andertons Family with our exclusive, official merchandise! With free UK delivery on all orders containing only a T-Shirt, Hoodie or Jumper & super low international shipping costs, there is no better time to be an Andertons fan than now! Make sure to subscribe to Andertons TV for more great videos! Andertons Guitar & Bass YouTube Channel: https://goo.gl/kRJCpb Andertons Synths, Keys & Tech YouTube Channel: https://goo.gl/ns172M Andertons Drummers YouTube Channel: https://goo.gl/9yKSS9 Andertons Shopping Website: https://goo.gl/TPsG2Q #Andertons #MaestroPedals #Gibson https://i.ytimg.com/vi/jyEnYJmSv20/default.jpg PT27M5S 2022-01-18T14:00:30Z
41486 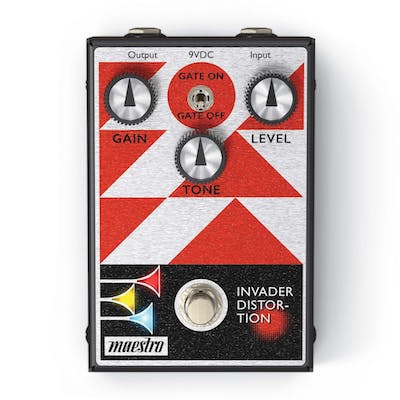 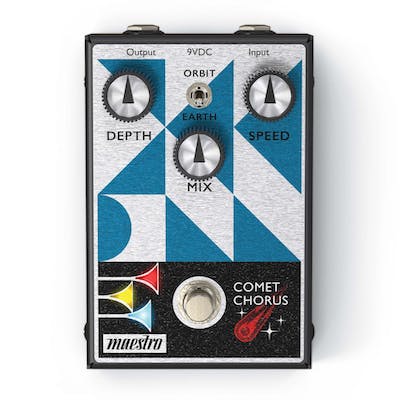 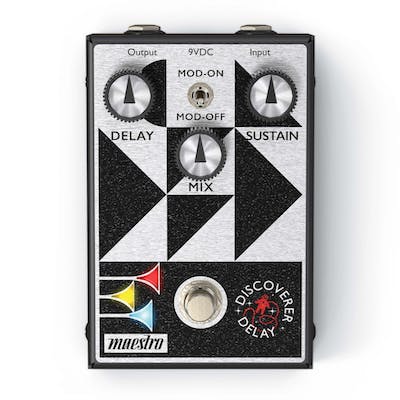 Today, it is not uncommon to find vintage FZ-1 and Echoplex units selling on eBay and Reverb.com for heavily inflated prices, as is often the case with vintage gear. The demand for vintage pedals is bigger than ever before and guitarists just can’t seem to get enough of them, it seems. To the average gigging musician though, vintage gear is often out of their price range and their reliability can be cause for concern. Maestro’s new Original Collection is sure to appeal to both vintage aficionados and gigging or studio musicians who want authentic tones with all the benefits of modern manufacturing.

A statement on the Maestro website reads: “While not everyone has heard of Maestro, everyone has heard Maestro.” These words alone are testament to Maestro’s legacy and influence on popular music over the years. It continues: “The world is about to hear it shape an entirely new generation of sound.” This will no doubt be exciting news for fans of Maestro or indeed anyone looking to expand their tone arsenal.

If you’re keen to stay up-to-date with other matters within the musical instrument industry, take a look at more of our Industry articles.