Who is Seth Baccus? How did he become one of Britain's leading guitar builders? And what sets his guitars apart? Read here to find out!

Seth Baccus Guitars are handbuilt instruments made in Cornwall, UK. “Using a blend of old world hand skills and modern precision technology, each guitar is crafted with pride and dedication. This is a labour of love.” 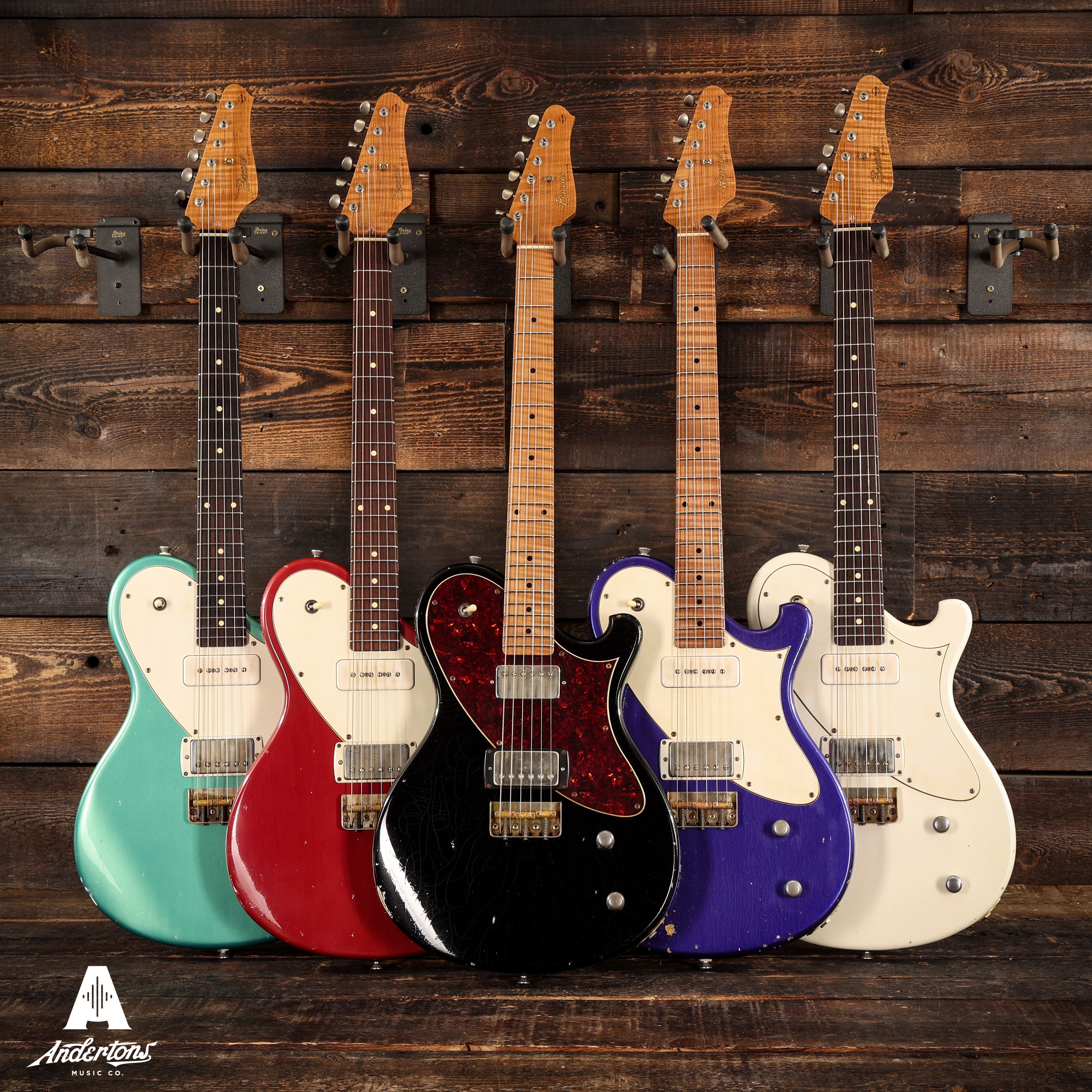 It’s fair to say that Seth Baccus has been around guitars his entire life – so is it really any surprise he’s become one of the best guitar builders in the world? In his own words, “guitars, musicians, sawdust has basically been my life since I was 5 or 6 years old.” His stepfather, Andy Manson is a world-renowned acoustic guitar builder. And his step-uncle, Hugh Manson is an electric guitar builder, best known for building Matt Bellamy’s signature guitar!

From spending time around acoustic guitar building and falling in love with electric guitars, it seemed only a matter of time before he’d have a go at making his own. Working his way up to head guitar tech at Mansons Music Store, he had the chance to work on many guitars – and over the years has worked with the likes of Led Zeppelin’s John Paul Jones, Matt Bellamy of Muse and Tom Morello from Rage Against the Machine and Audioslave.

During his time at Mansons, Hugh allowed Seth to use the workshop on his days off – where he started building guitars for family and friends. In 2009 he moved to Portugal to join his stepfather Andy’s workshop and begin building guitars full-time. Andy hugely influenced Seth’s guitars, especially his Bluebird Acoustic.

Seth has since returned to England and become one of the Britain’s foremost luthiers, winning a “highly commended” honour in Guitar Magazine’s “gear of the year” awards in 2017!

The Perfect Marriage of Fender and Gibson

Looking at Seth’s designs, his influences are clear to see, blending the body shapes of the Gibson Les Paul and the Fender Telecaster, drawing his favourite features from both brands.

He explains “I learnt how to play on a Strat but all my favourite players played Les Pauls.” The 25.5” scale length of most Baccus guitars will feel familiar to players of Fender guitars, and his Shoreline T guitars are certainly a nod to the venerable Telecaster. 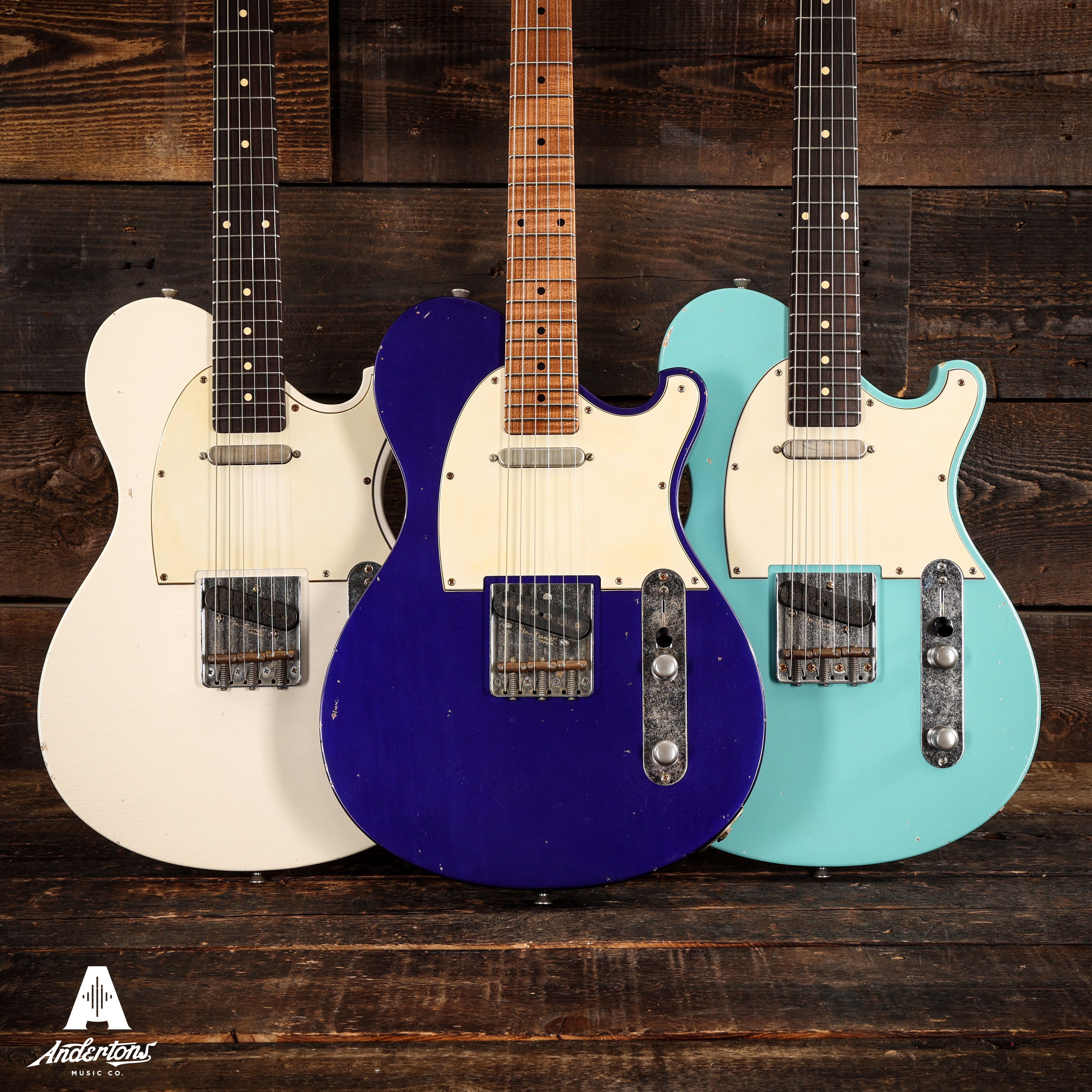 Originally building set-neck guitars, Seth explains “I had an itch creatively for the bolt-on sound as well, because there’s something so different about bolt-on neck guitars”, and thus, the Shoreline was born.

However, Shoreline JM draws a little more influence from Gibson, featuring dual Humbucker or Humbucker/P90 configurations and a contoured top. 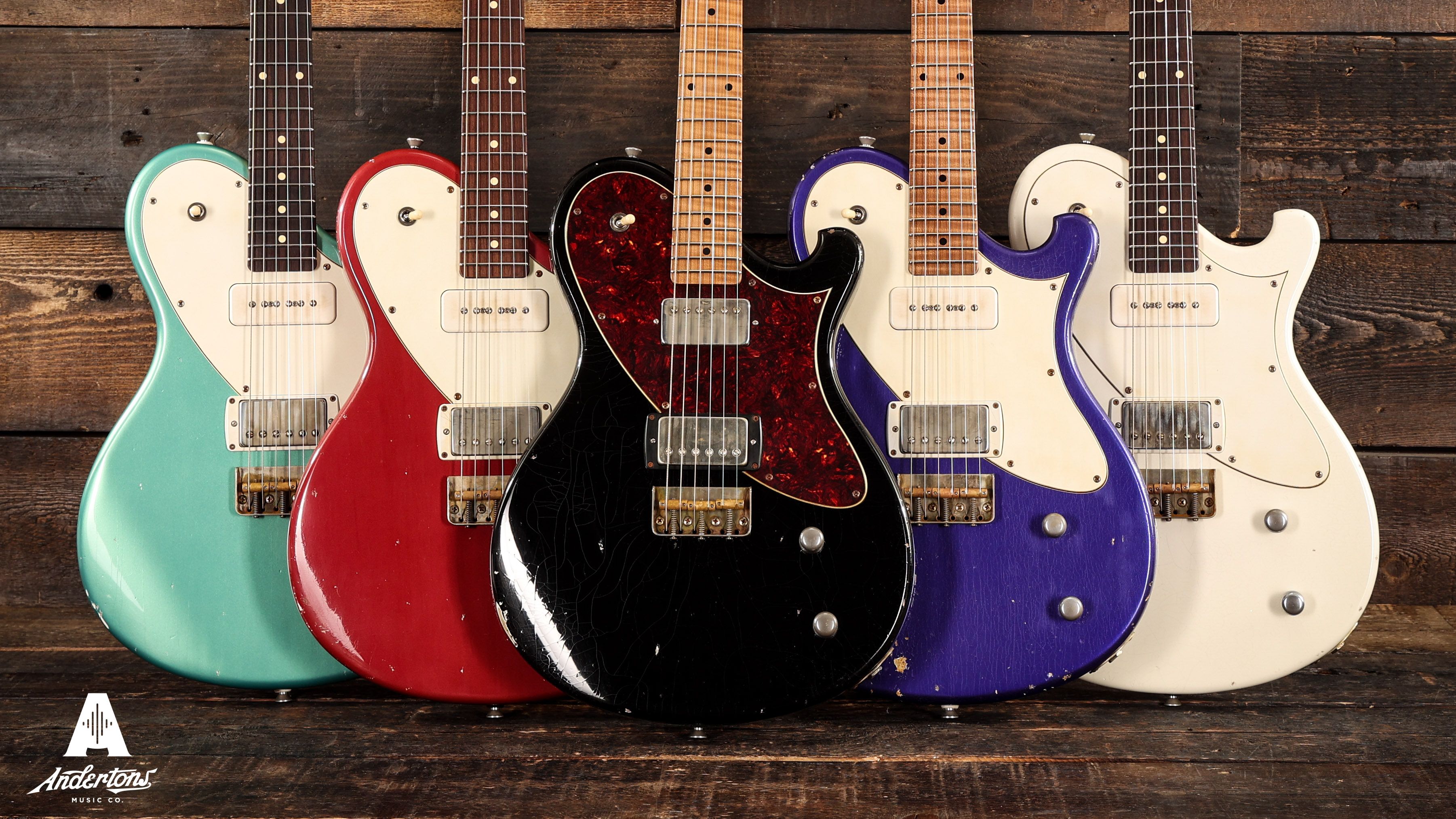 Seth’s attention to detail and passion for his craft is second to none – from his meticulous selection of sustainably sourced materials to his obsession with fretwork. Every inch of his guitars radiate love for the craft and total mastery.

The Shoreline guitars are crafted from Obeche, a beautiful balance of light weight and resonance. Seth explains, “I wanted to find something reliably very lightweight and available from an FSC certified sustainable source and I stumbled up on this lovely West African hardwood at my local timber yard.” Tonally it has the midrange richness of Mahogany with a little more brightness – a perfect middle-ground between Gibson’s Mahogany bodies and Fender’s Alder bodies. And due to its extremely light weight it is naturally resonant. Seth claims “you don’t have to fight with it to get it to sound great, it just sounds great!”

The Maple Necks on Seth Baccus guitars only the most stunningly flamed Canadian Maple necks and a choice of Maple or Rosewood Fretboards. The feel of the necks on the Baccus guitars really sets them apart: “it’s an oil and wax finish. So they’re fine sanded by hand down to a very fine grade. The oil is applied over the course of a few days to build up the appropriate protection. That’s cut back with some wire wool and then that’s finished with a finishing wax.” This building up of layers and sanding them back leaves a perfectly smooth and satin finish that’s extremely tactile. 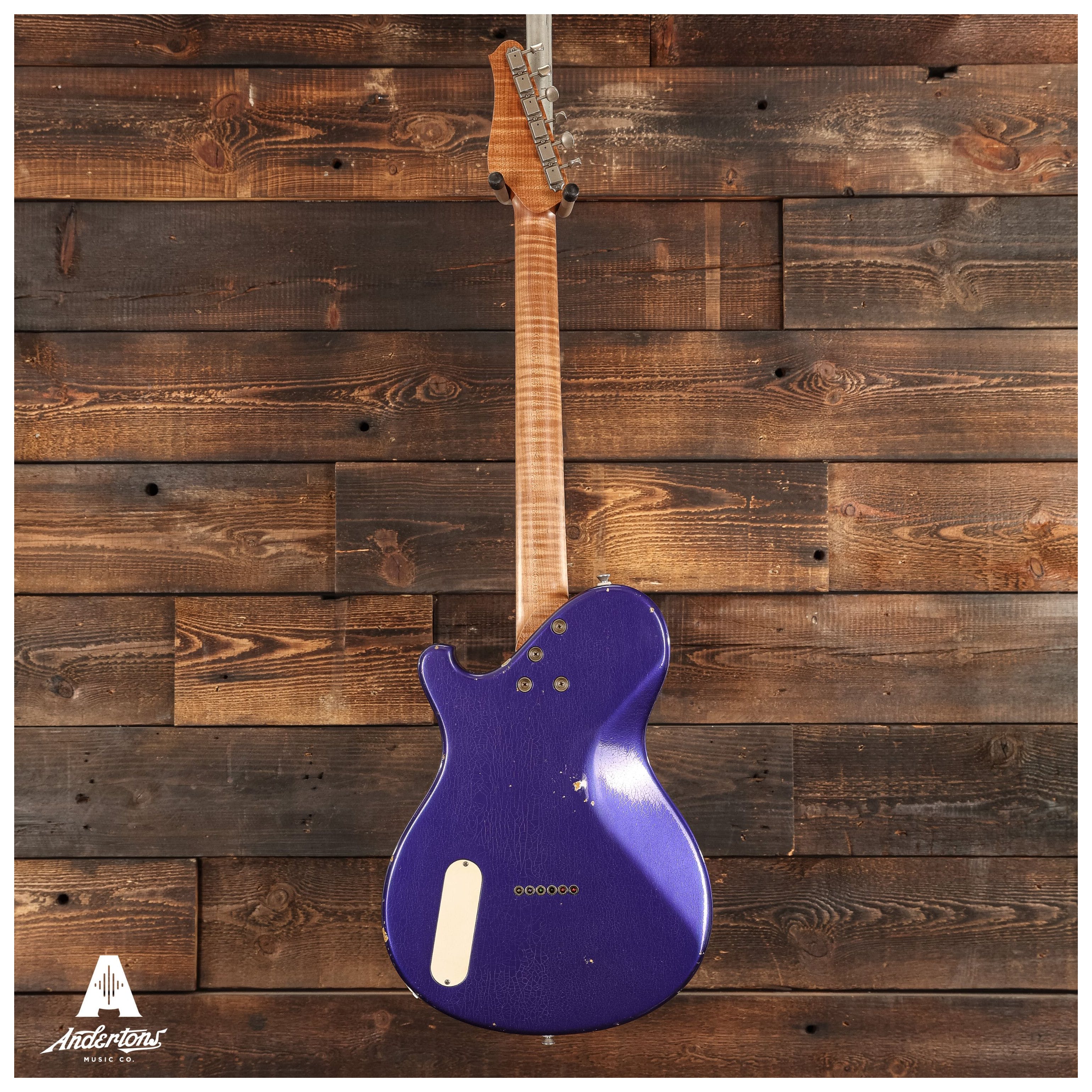 Seth’s perfectionism is exemplified by his fretwork. He claims “The fret work on a guitar is one of the most important aspects when aiming for ultimate playability. It’s a dark art and takes years to master.” He believes that perfectly rounded frets and rolled fingerboards make all the difference: “I’m always looking for that familiar old friend feel. No sharp or hard edges. It’s the small things that sometimes make the biggest difference.”

Whilst Seth is no longer able to hand build every guitar himself (and if you want one there’s a 2 year waiting list), the standard series is teambuilt in the UK by a small team of accomplished Luthiers built to the exact same spec as Seth’s own builds. He says, “everything’s the same: pickups, pots, switches, wiring, fret wire – absolutely every detail”. He continues “they’re so good that they’re indistinguishable from what I can build as a one-man maker.”

With an endorsement like that, you can be assured that you’re buying any Seth Baccus Guitar, it will be a Masterbuilt quality instrument that can be passed from generation to generation!

Check out our video where The Catapain Meets Seth Baccus on Andertons T.V.

If you liked this, check out more Industry articles here