What are Tone City Collaboration Pedals?

Find out everything you need to know about these special little stompboxes from one of our favourite mini guitar pedal manufacturers.

We love Tone City here at Andertons! They make fun, accessible mini guitar pedals for players on a budget, and they’re a great way to discover new effects you’ve never tried before. The Collaboration line takes one step beyond the standard range.

The Far East manufacturer have worked with a handful of great players (of which you’ll recognise from videos on the Andertons Youtube channel), to develop stompboxes capturing their unique tones and playing styles. Tone City have made three so far: the “Danish” Pete Honore Durple, Rabea Massaad Wild Fro and the Greg Koch Lil Heat.

Each pedal in the Collaboration line-up produces an overdrive/distortion effect based on one of the previous mainstay Tone City pedals. All three, however, come with a twist. Collaboration pedals are all about adding a new dimension to the original sound: that could mean turning up the high-gain heat or tweaking the voice to give it a fresh character. Let’s take a look at the pedals…

Purple + Danish Pete = Durple! Our very own Andertons TV superstar and passionate purple maestro Peter Honore worked with Tone City to create the Durple: a low-to-mid gain overdrive based on the original Mandragora.

The main change with the Durple is the Mid control put in place of the Pre dial, letting you cut or boost the amount of mid-range in the tone. That expands your palette to smoother, scooped sounds while still retaining the ability to push out more aggression with the Mid turned up.

Another major change is a more user-friendly Tone control. The Mandagora has a very bright character thanks to its wide sweep of treble, but Pete felt this could be reigned in for his balanced blues playing. The Durple still sounds incredibly musical without being harsh when cranked. 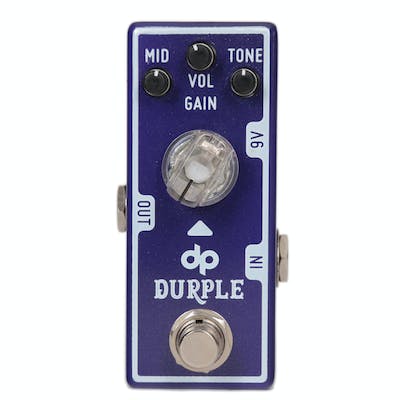 The Wild Fro breaks the mould for Tone City. They love a good drive sound, but this takes it to new heights. Rabea plays his own instantly-recognisable brand of metal, combining both progressive and old school elements. That’s why Tone City picked out their chunkiest sounding pedal in the form of the Wild Fire and souped it up to full hot-rod status.

Packed into the Wild Fro is a sizzling distortion with the ability to deliver both crushing saturation and a vintage Plexi grit when rolled off. The clear difference between the Wild Fire and the Wild Fro is the addition of a ‘More Gain’ switch – which speaks for itself! Turn up the Tone control for a cutting attack to match those technical riffs. Put into practice, the Wild Fro 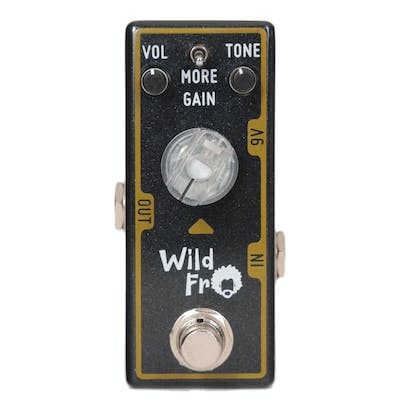 Zany blues guitarist Greg Koch, otherwise known as the “Gristle King”, is an ultra talented, expressive player. The giant American has a unique playing style utilising quick chick’n picked hybrid licks and walking basslines. He does all this with a little heat to his tone – and that’s where Tone City come in.

The Lil Heat is based on the Sweet Cream, but adds more of everything! The onus here, in particular, is on adding a touch higher gain and fatter low-end. This fiery stompbox produces outstanding edge-of-breakup tones like a true vintage amp. The end result lends itself to both defined technical intricacies in Greg’s playing and big rock chords.

Stick the Lil Heat in front of any clean amp and you’re ready to go. It even works well as a Klon-like transparent drive if you’ve got more pedals to stack in your arsenal.

NEW Tone City "Lil Heat” Overdrive - Designed by Greg Koch to Give Your Amp a Little MORE Heat! Greg Koch takes over the Andertons YouTube channel to show off his NEW "Lil Heat" overdrive pedal! Designed in collaboration with Tone City & part of our Buy 2 or more Tone City Pedal Deal, give your rig a little tonal boost with the Lil Heat overdrive pedal! ➡️ https://tinyurl.com/yyyvwocb » Check out our Full Tone City Range of Pedals | https://tinyurl.com/y4lax4jm » Reverend Greg Koch Signature GristleMaster In Trans Party Red | https://tinyurl.com/y5m5v9kk Greg Koch is back & with a sweet little overdrive pedal to give your tone a little heat! Showing off the new Tone City Lil Heat, Greg runs through its tones, specs & how he came about designing this powerful pedal. PLUS - Buy 2 or more Tone City pedals and get a FREE 5-way power supply! FREE UK delivery on orders over £99 & affordable shipping to the rest of the world. Go give your rig a tonal boost with our Tone City Pedal Deal! For International shipping prices: https://help.andertons.co.uk/hc/en-gb/articles/360010579260-How-much-is-delivery-to-my-country ↪️ Episode Guide ↩️ » 0:00 Greg Koch Shows off The New Tone City Lil Heat » 1:39 How Greg Designed the "Lil Heat" » 4:45 How Does It Sound? » 6:16 Specs & Tone City Pedal Deal » 7:24 Let's Give it Even More Heat! » 8:52 Greg's Final Thoughts on The "Lil Heat" 👕 Buy A T-Shirt 👕 | https://tinyurl.com/vdq7rmg You've watched the videos & seen the store, now join the Andertons Family with our exclusive, official merchandise! With free UK delivery on all orders containing only a T-Shirt, Hoodie or Jumper & super low international shipping costs, there is no better time to be an Andertons fan than now! Interested in other Andertons YouTube channels? Click on one of these links to find out more… Andertons Guitar & Bass YouTube Channel: https://goo.gl/kRJCpb Andertons Drummers YouTube Channel: https://goo.gl/9yKSS9 Andertons Synths, Keys & Tech YouTube Channel: https://goo.gl/ns172M Andertons Shopping Website: https://goo.gl/TPsG2Q Make sure to subscribe to Andertons TV for more great videos like this: https://goo.gl/aAzyQM #Andertons #ToneCity #GregKoch https://i.ytimg.com/vi/sQJZIabUgE8/default.jpg PT10M31S 2020-09-01T14:01:20Z
33506 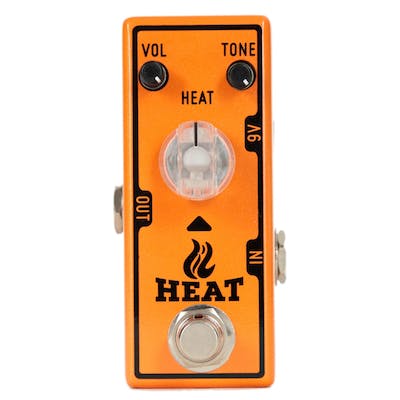 If you liked this read, check out more of our Learn and Industry articles!