Active vs. Passive Pickups – What Are Their Differences?

Guitarists are very particular about gear, and it's fair to say that many elements of a guitar's design can divide opinion. The active vs. passive pickups debate is always a hot topic. If you're wondering which type of pickup will end your painstaking chase for tonal perfection, we're here to help.

Pickups are an essential part of an electric guitar. In fact, when it comes to the way that the instrument sounds, they are the most crucial factor. If you’re unfamiliar with their function, pickups basically act like microphones for your guitar. Typically made of a magnetic material and wrapped in wire, a pickup converts your guitar’s string vibrations into an electrical signal. This is then sent to your amplifier to ultimately produce sound.

While that may sound simple enough, pickup brands experiment with different magnetic materials in order to achieve particular tones. Affecting things like a pickup’s EQ curve, output and sustain; the magnet’s material isn’t the only variable. That’s because the amount of wire wrapped around a pickup’s magnet can make a difference too. Terms such as ‘over-wound’ refer to this; a technique that usually results in more output but a duller top-end.

The two main types of pickups you’ll come across are single-coils and humbuckers. Synonymous with Fender and Gibson guitars respectively, there’s quite a gulf between these pickups when it comes to the way that they sound and their physical design.

Most single-coil pickups rely on six individual magnets (for each string), which are wrapped together. They are known for their bright and jangly tone; truly in their element with clean amps settings.

A humbucker, however, utilises two coils that are placed in opposite directions. This not only reduces hum (as its name suggests) but also produces a darker and punchier sound suitable for distortion.

With the basics out of the way, let’s get to the point. What’s the difference between active and passive pickups? Many may already know that actives require a battery in order to work. However, you’ll soon realise that there are in fact many other contrasting features, in terms of how they are made and how they sound.

What are Passive Pickups?

Most electric guitars and basses will typically feature passive pickups. Around since the early ’50s and pioneered by the likes of Fender and Gibson, almost all passive pickups are manufactured using the formula that we explained in the introduction – whereby copper wire is wrapped around either alnico or ceramic magnets.

When passive pickups are placed within the proximity of a guitar’s strings, a magnetic field is created. Therefore, when the strings are strummed of plucked, their vibrations disturb this field to produce an electrical current that passes through the wire.

While this technology hasn’t evolved all that much in over 60 years, plenty of companies make tweaks to this traditional design by using different types of magnets and wire thicknesses. There are a number of different brands that design and wire their own pickups, including Fender, Bare Knuckle, DiMarzio and Seymour Duncan.

As their name indicates, passive pickups don’t require an external power source in order to work – unlike their active counterparts. So, if you’re fairly conscious about having a reliable rig that is less susceptible to issues, passive pickups take that concern out of the equation.

Apart from the way that they’re operated, passive pickups also possess different tonal qualities. Popular with purists for their organic character, passive pickups are generally more articulate and open-sounding compared to actives; allowing for greater musical expression. They are considered “vintage”-like for this reason, and typically have a brighter and more lively vibe.

Passive pickups may be the industry standard, but they have their issues. Although it depends on their quality and type of design, passive pickups can emit unwanted noise from the multiple coils of wire that are involved in their construction. This is due to a build up of static, a problem that can be exacerbated when using a passive pickup-loaded guitar around electronic devices, like computers.

Like we mentioned at the start of the article, humbuckers were designed to combat this issue. However, even they can be prone to interference when playing with high-gain or at cranked volumes. 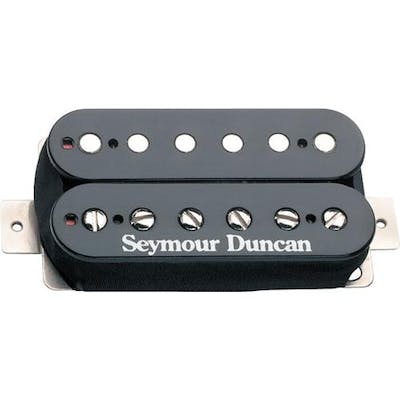 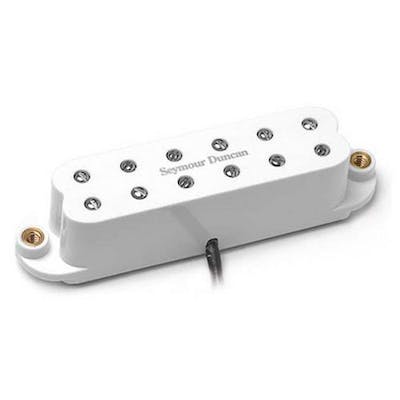 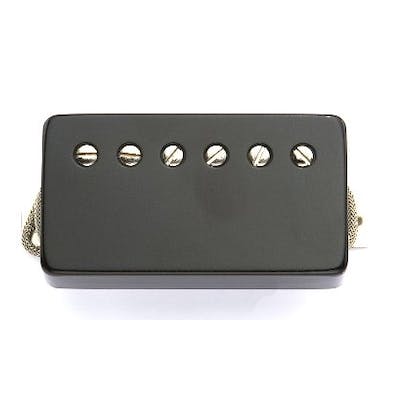 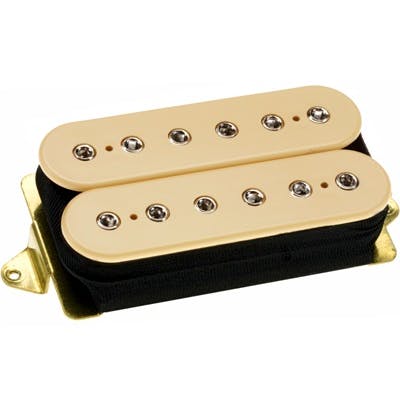 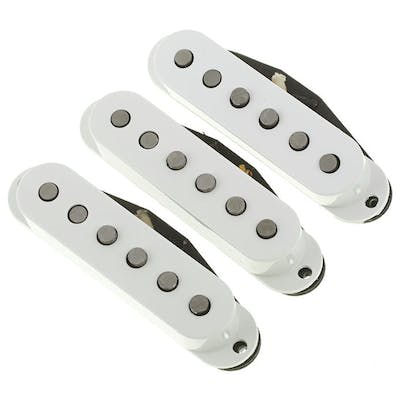 Fender Texas Special Pickups Set of 3 for Strat in White 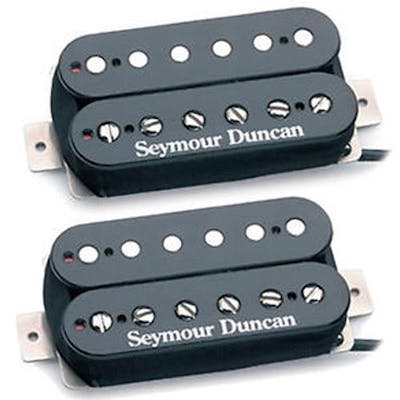 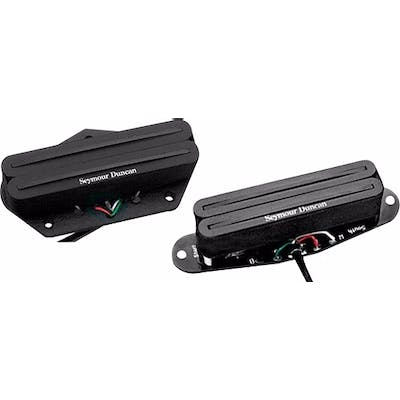 What are Active Pickups?

Active pickups may not be as mainstream as passives, but over the last thirty years they have seen a steady rise in popularity. Innovated by EMG in the ’80s, most active pickups share the fundamental wire-wrapped magnet design that passives are based on, but the approach to their construction is slightly different.

EMG’s products, for example, feature far less wire coils than most passive pickups. This means that their natural output is actually very low, resulting in a much quieter and almost noise-free sound. In order to bring their output up to a usable level though, most active pickups rely on a built-in preamp to boost their signal. That is why active pickups are operated via a 9V battery; in order to provide power for the preamp.

Whereas passive pickup technology has stagnated, active pickups have evolved and been developed specifically for modern players. Fishman‘s Fluence pickups are a testament to this, acclaimed for their fidelity, quietness and multi-voice capabilities. Instead of using a traditional wire-wrapped magnet, Fluence pickups are made using modern circuit board manufacturing processes, and feature a layered pickup core with multiple coils. With the likes of Tosin Abasi, Greg Koch and Devin Townsend making the switch to Fishman, it proves they’re pretty good!

As most active pickups do not boast as many wire wraps around their magnets, this results in a weaker magnetic pull on the guitar’s strings. Although this sounds like a negative, the lower force allows the strings to vibrate much more freely, which results in better sustain. Some also argue that active pickup-equipped guitars will have more accurate intonation for the same reason.

With their built-in preamp, active pickups usually have a greater overall output when compared to their passive counterparts. This makes them excellent for high-gain sounds, while the comparably lower noise-floor helps to reduce unwanted hiss. This is why EMG and Fishman pickups are generally more synonymous with metal players, but like passive pickups, these companies do produce single-coils too. For example, David Gilmour has used EMG pickups in his Stratocasters for many years.

Active pickup users will also find that the volume and tone pots on their guitar are more responsive. As actives have a lower impedance, this helps to prevent the well-known ‘volume roll’ issue – whereby the tone is affected rather than just the volume. Some players like the way that a passive volume circuit behaves, as it darkens the guitar’s sound. But with active pickups, the volume pot will actually work as expected without influencing your base tone as drastically.

As their impedance is lower than their passive counterparts, active pickup-equipped guitars are also better at handling long cable runs. If you’re unsure what this refers to, a long length of cable from your guitar to your amp will typically result in a loss of treble, as excessive capacitance is built up. To combat this issue, guitarists rely on buffers to transform a high impedance signal to a lower and more friendly one. With active pickups, their low-impedance design thus allows them to retain more high-end, eliminating the need for a buffer.

Batteries are needed for active pickups, which may put off some players. Not only is there no warning of when they’re about to run out, but sufficient space inside of your guitar’s electronics cavity will be needed to accommodate the clip and the 9V battery itself. Although battery life can be a concern, EMGs last for hundreds of hours before needing a battery change. Fishman also produces electronics that feature micro-USB connectors for easy recharging, made specifically for their Fluence range.

On the subject of electronics, if you’re intending to change your pickups from passive to active, all of the other circuitry in your guitar will need to be swapped out in order for them to be compatible. This is due to the impedance of the pickups, and of course, their need for a preamp.

Therefore, the replacement parts needed not only requires some extra research, but when the prices of all of the necessary components are added up, it can make the switch to active pickups an expensive undertaking. For some people though, it’s worth it. 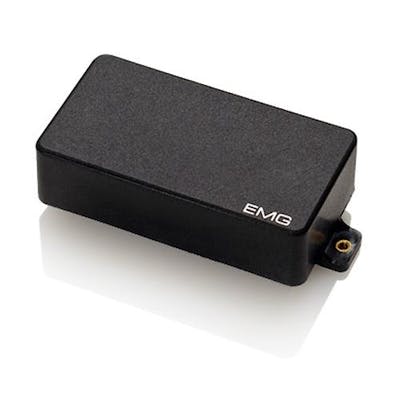 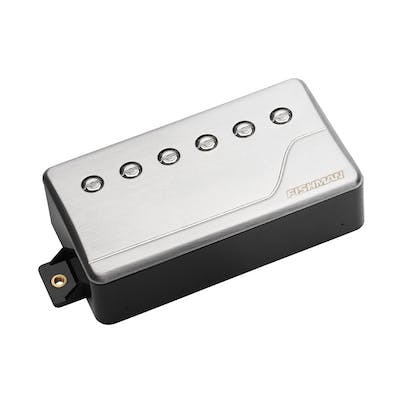 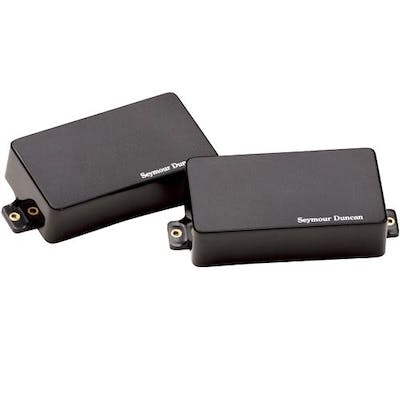 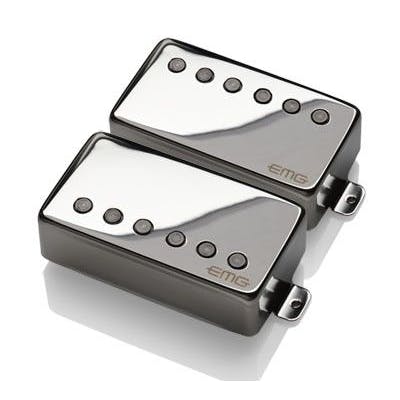 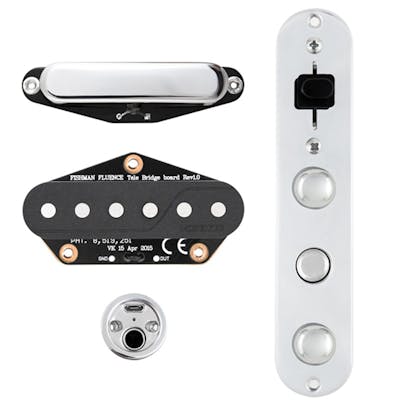 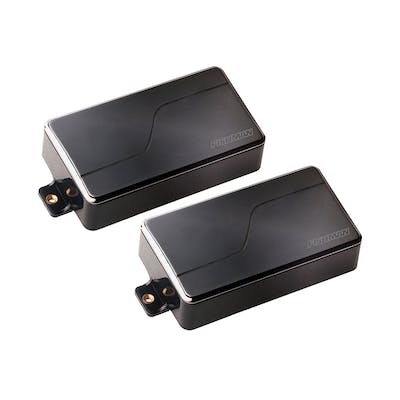 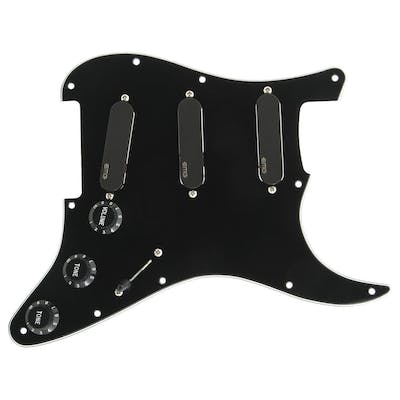 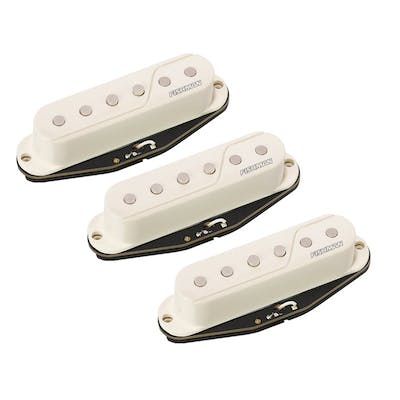 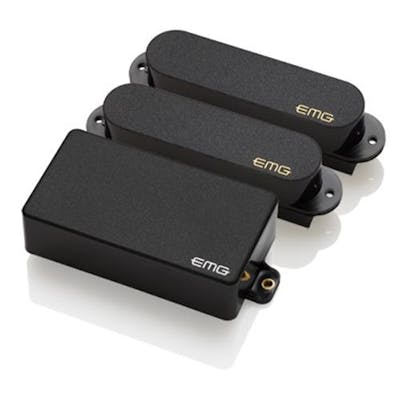 Our ‘Blindfold Challenge’ videos on Andertons TV are very popular, and fortunately, Chappers and The Captain filmed an episode on this subject! Attempting to discern the tonal differences between active and passive pickups on their sound alone, how did they get on?