I have never seen two guitar players restring a guitar in the same way. Some bend the strings after going through the pegs, some wind many times around the peg, whilst others do it just once. But do you replace all of your strings by removing them all first? Or do you change them one-by-one?

Nothing seems to split the world of guitar maintenance more than how you restring your guitar. The old tales go that by removing all of the guitar strings at once, you can potentially ruin the playability of your instrument. From wrecking the intonation, action, tremolo placement and neck, we’ve heard it all…

Luckily, all of those things are easy enough to fix with a quick set up if you know how to. But, can you avoid having to set up your guitar every time? What if I have been restringing my guitars wrong for the last 10 years?

Well, to demystify these questions, we have conducted a series of tests. Using a 2004 PRS Standard 22, a bunch of guitar strings and some measuring tools, we’re going to find out which string-changing method will affect the action, neck placement or bridge position of your guitar the most- or least! Let’s get started…

Hypothesis: Changing guitar strings one at a time makes no difference to your guitar’s setup compared to restringing the guitar all at once.

I believe that outside of personal reasons for preferring one method over the other, there should be no real difference in the feel, sound or intonation of the guitar.

There will be only a single variable in these tests. The method of stringing the guitar.

If there is a change between tests at the 12th fret but not at the bridge, we can be sure that movement has occurred to the neck.

If there is a change at the bridge and the 12th fret, we can calculate how much of that had to do with the bridge moving and how much of it was the neck. We’ll do this by comparing the differences in movement.

Step 1: Get a control

This guitar was re-strung 1 week before the tests with a set of 10-46 gauge strings. It was set up to the players liking at the time. We will measure the string height at the 12th fret, as well as how high the tremolo system is floating off the body. The intonation will also be measured with a precise, accurate digital tuner. This will check how sharp or flat each guitar string is at the 12th fret and the 12th fret harmonic.

Step 2: Replace strings all at the same time

We will restring the guitar using a fresh set of 10-46 strings, from the same brand as the original set. The guitar will then be tuned to E standard, and measured in exactly the same way we measured in the control tests (above). For this test, we will remove all 6 strings at the same time and then replace them.

Step 3: Replace strings one at a time

This step is very similar to step 2, but we will remove one string and replace it before moving onto the next one. Again, this will be done with a fresh set of 10-46 strings, from the same brand.

Using a Stewart-MacDonald String Action Gauge, we measured the string height at the 12th fret on both sides of the neck. We also used the same tool to measure the bridge height, to see if that would move through the test. 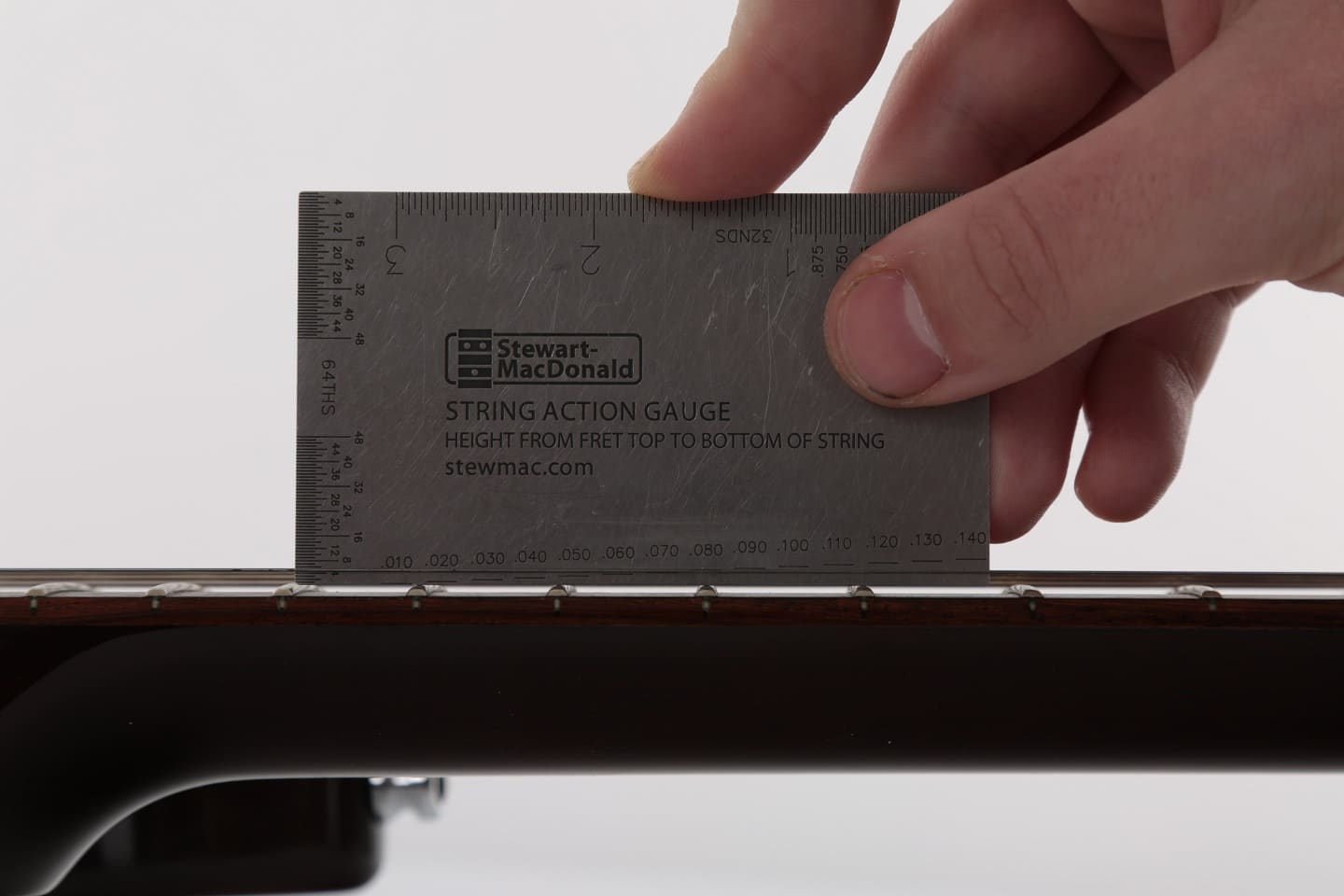 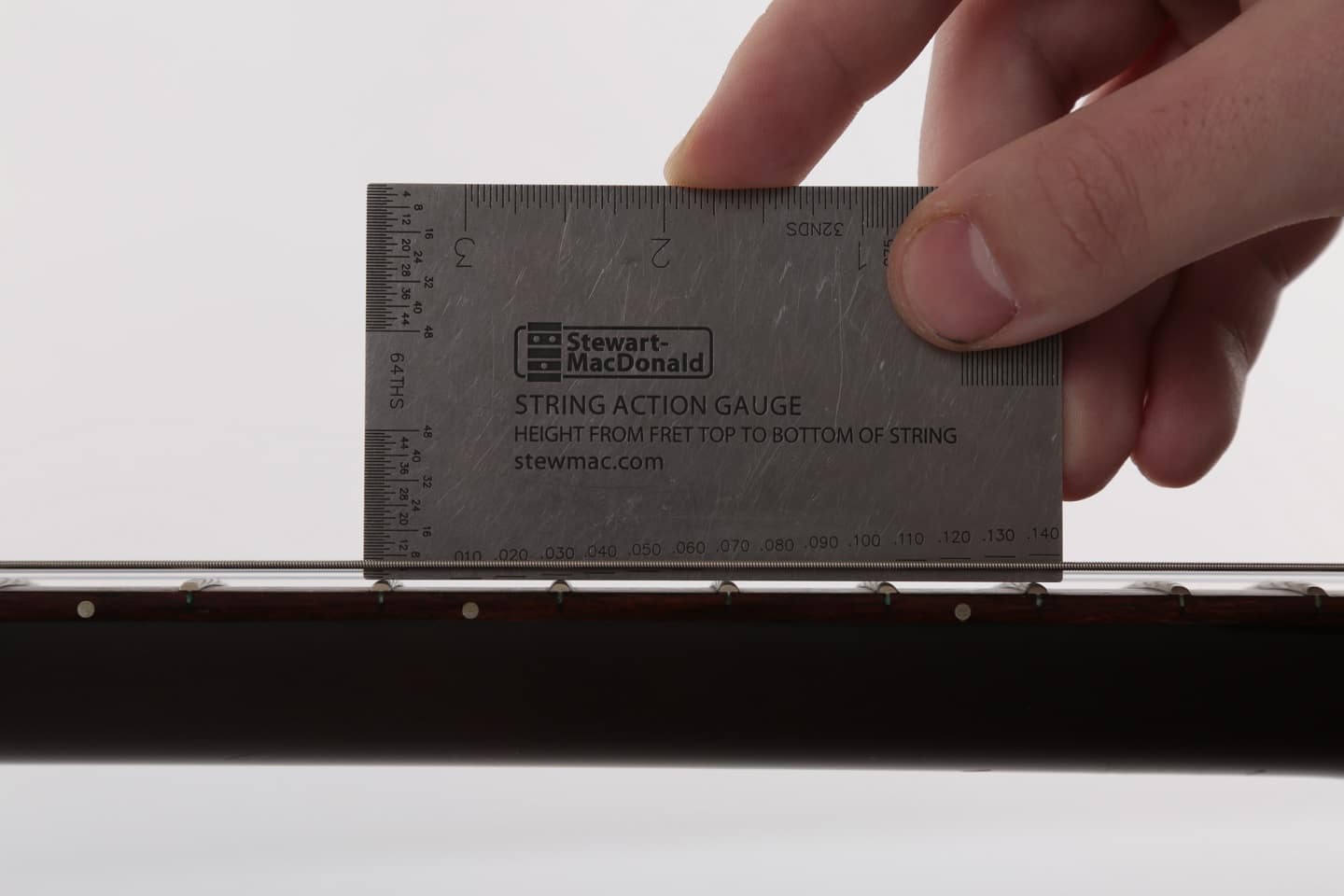 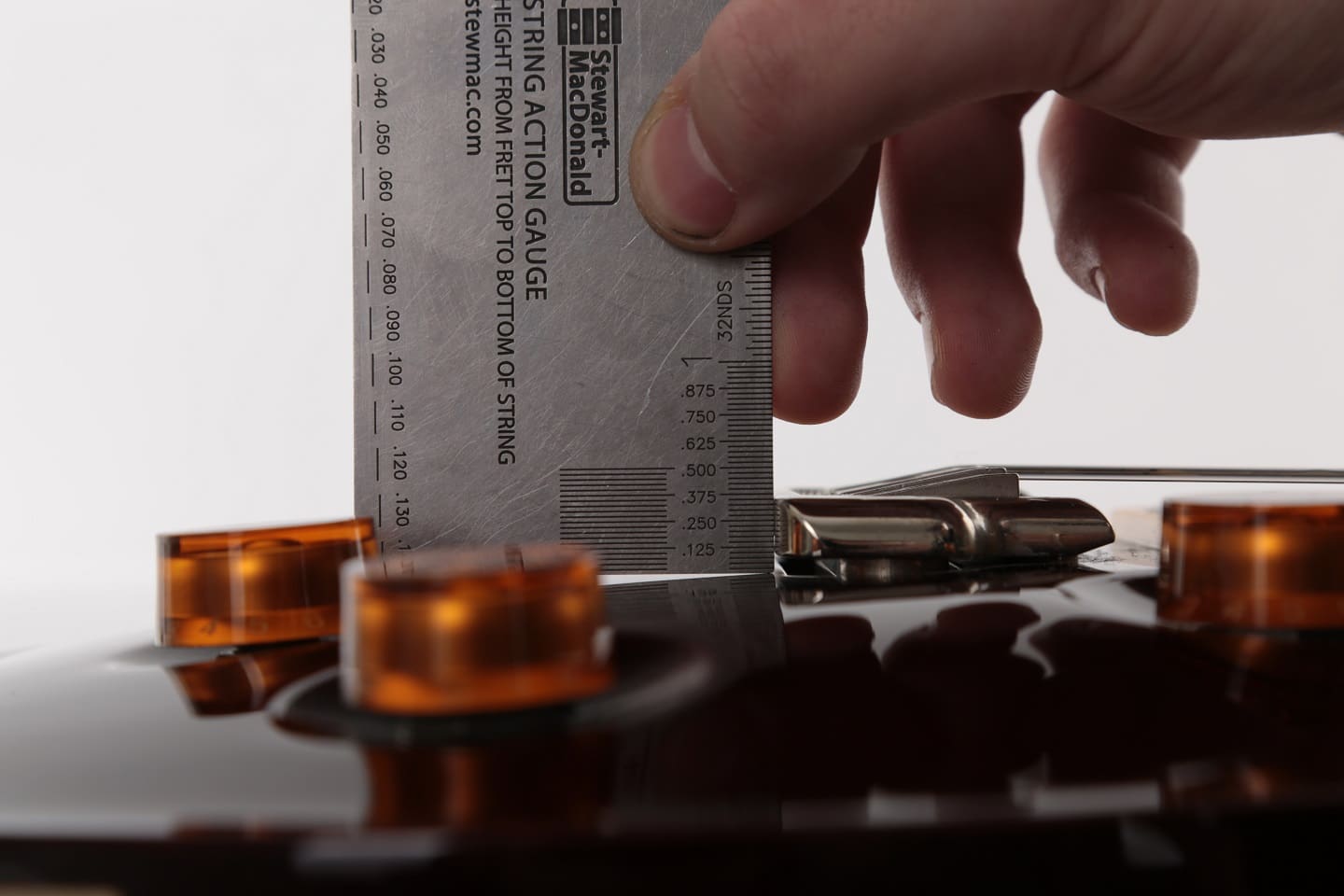 Changing Guitar Strings All At Once

After taking those measurements, we removed the old strings from the guitar and replaced them instantly with a fresh set of the same gauge strings. Like the setup before, they were pulled straight through the peg and locked in place using the locking tuners. There were no extra winds to add any variance to the neck/string tension.

After this, the guitar was then measured again and we got some interesting results. We can see that there was a slight increase of 0.005 of an inch on the highest e string, and a larger 0.015 of an inch movement on the lower E string. 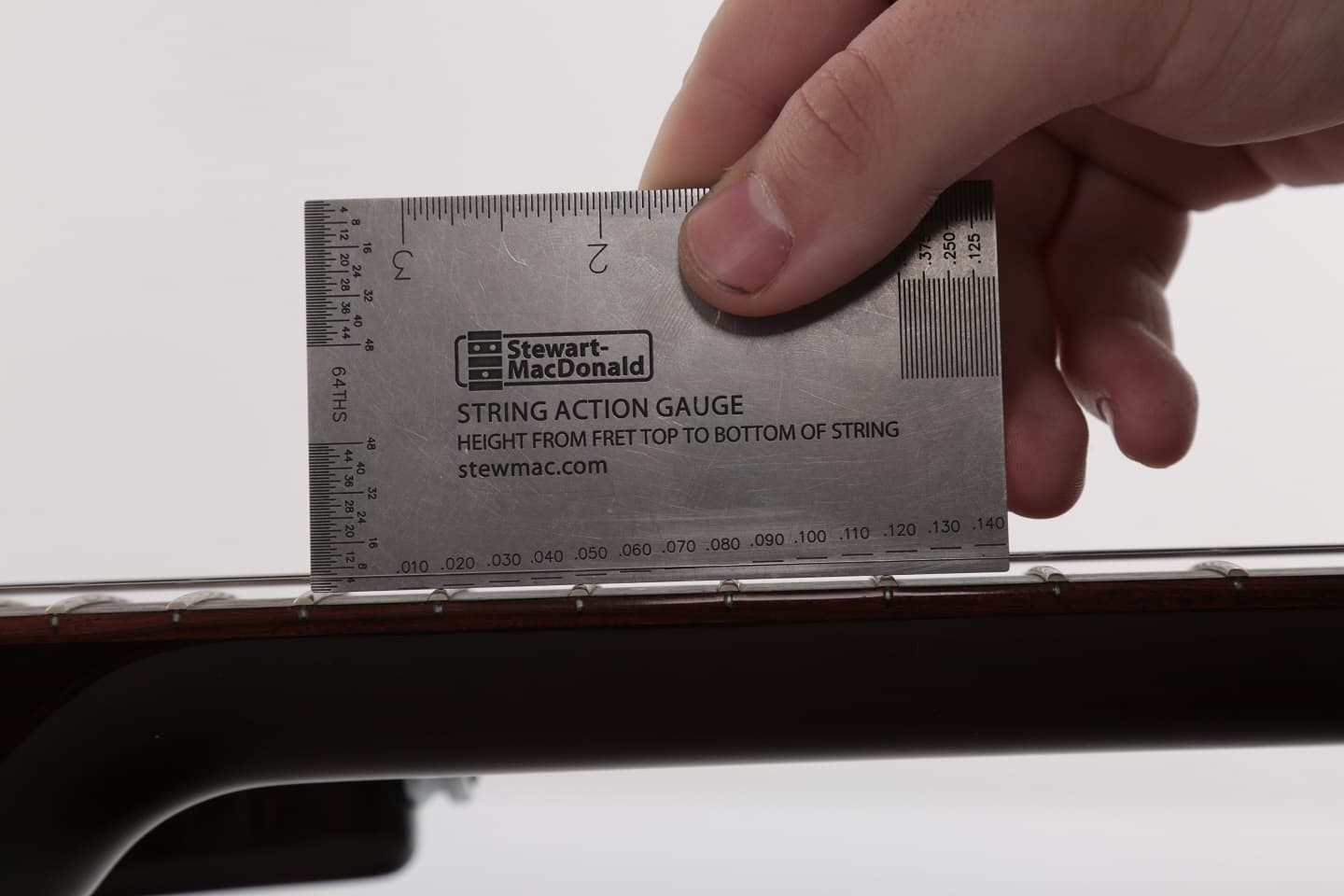 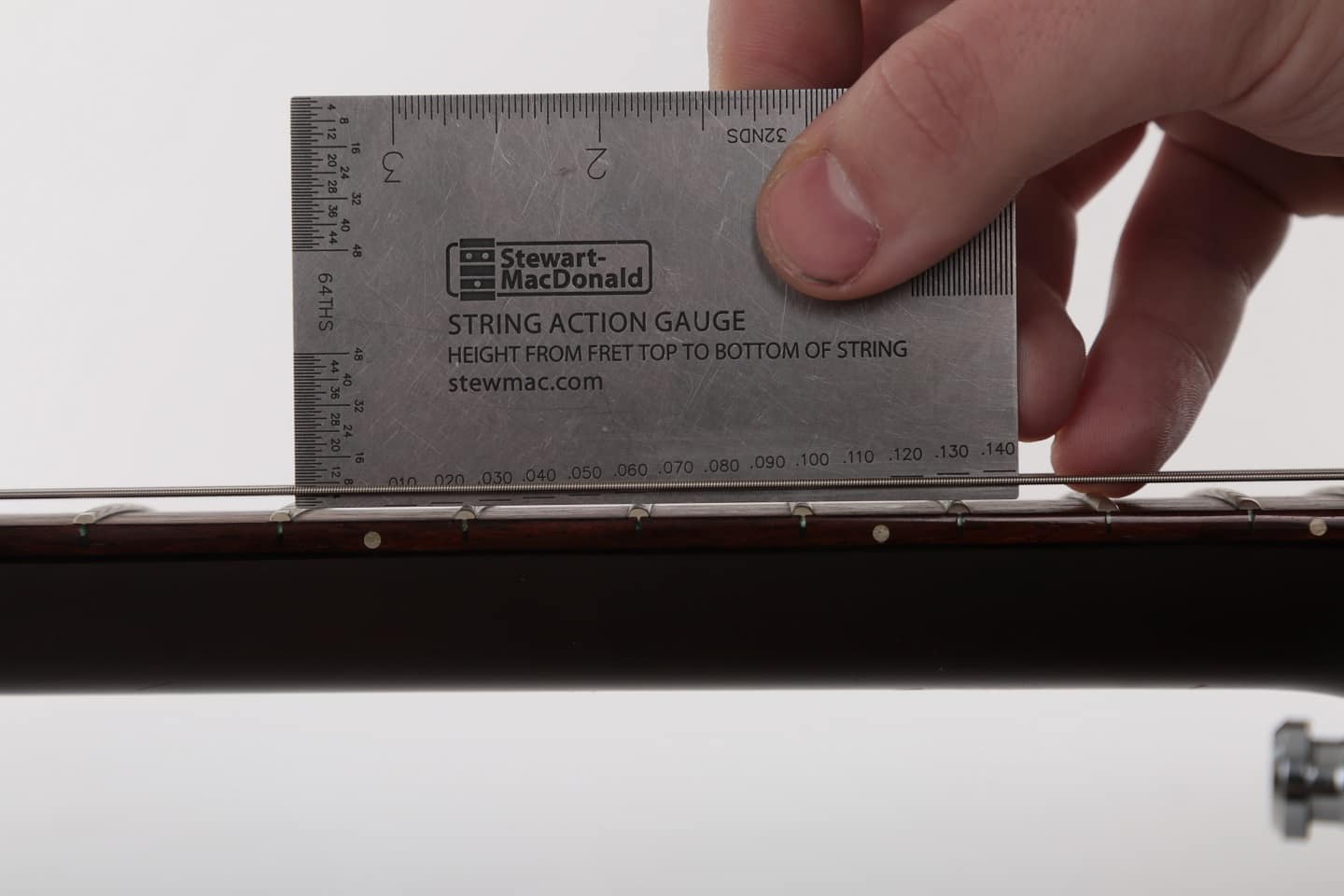 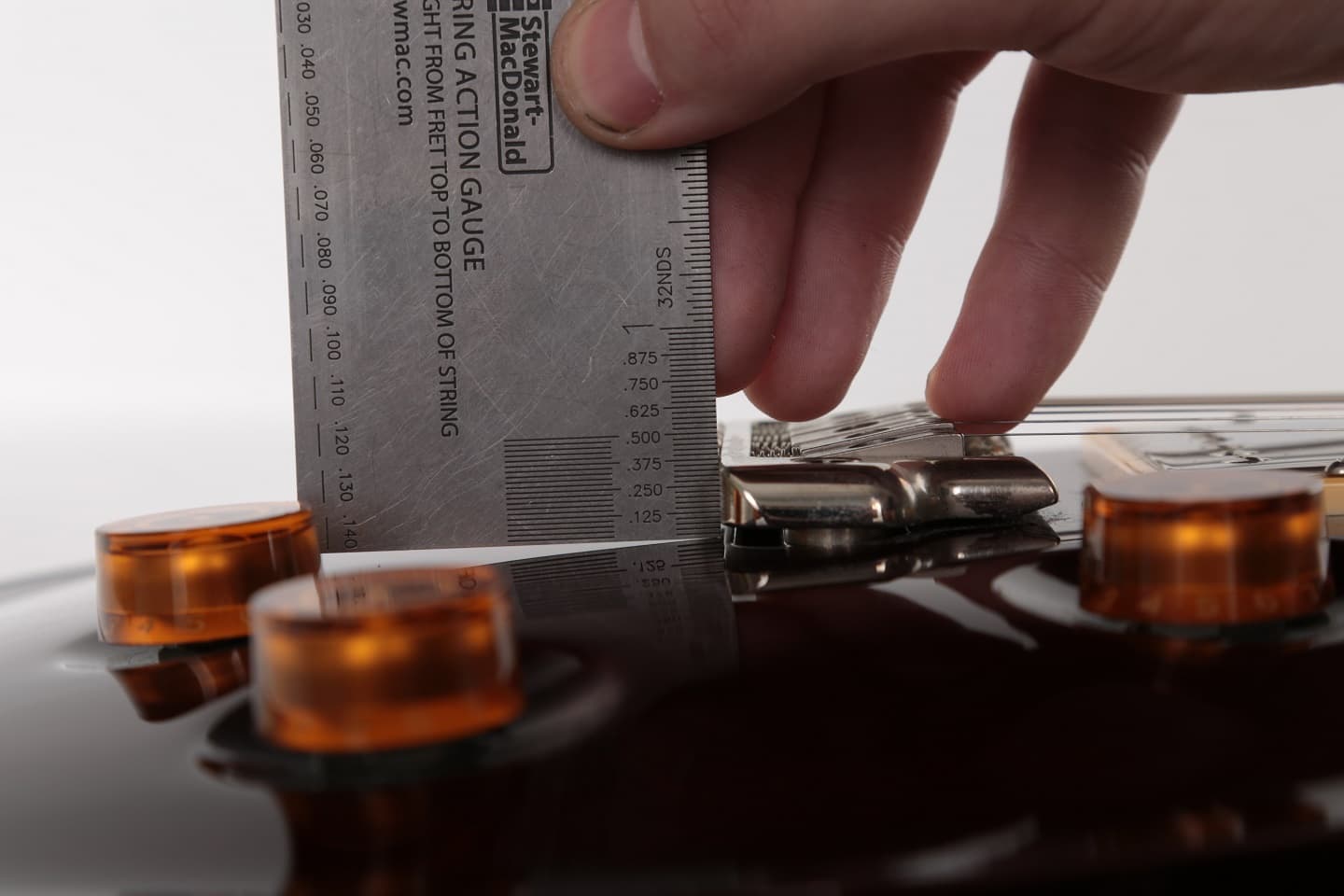 Changing Guitar Strings One At A Time

Following the same system as before, we changed these strings one at a time, not unlocking the string until it was time to change it. By restringing this way,  some tension is kept on the neck at all times.

What we see here is interesting, but not entirely unexpected. The high e string got a little bit higher, however it rose by exactly the same amount as it did when we replaced the strings all at once. Despite this, there was next to no movement on the lower E string. Once again, the bridge did not move at all. 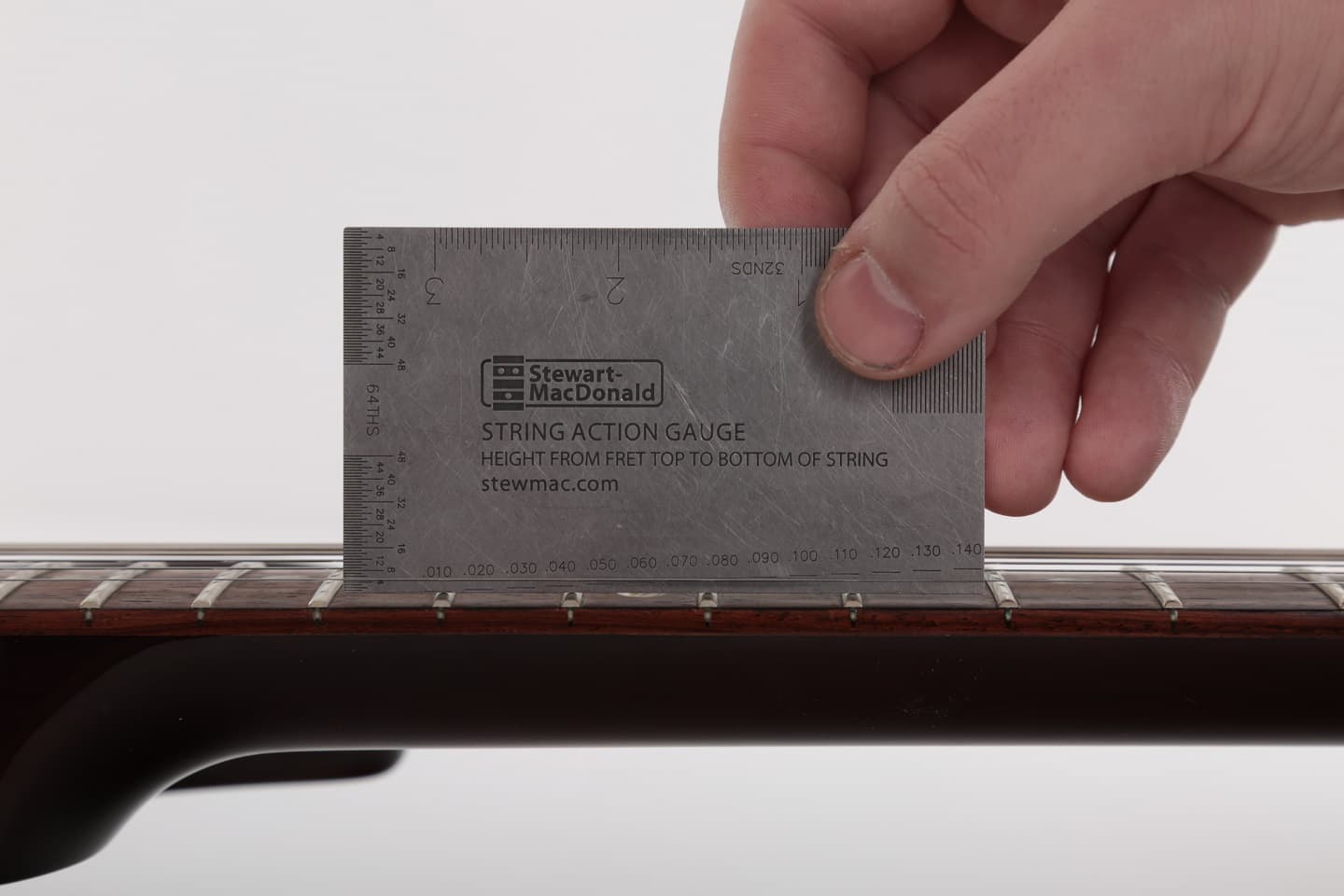 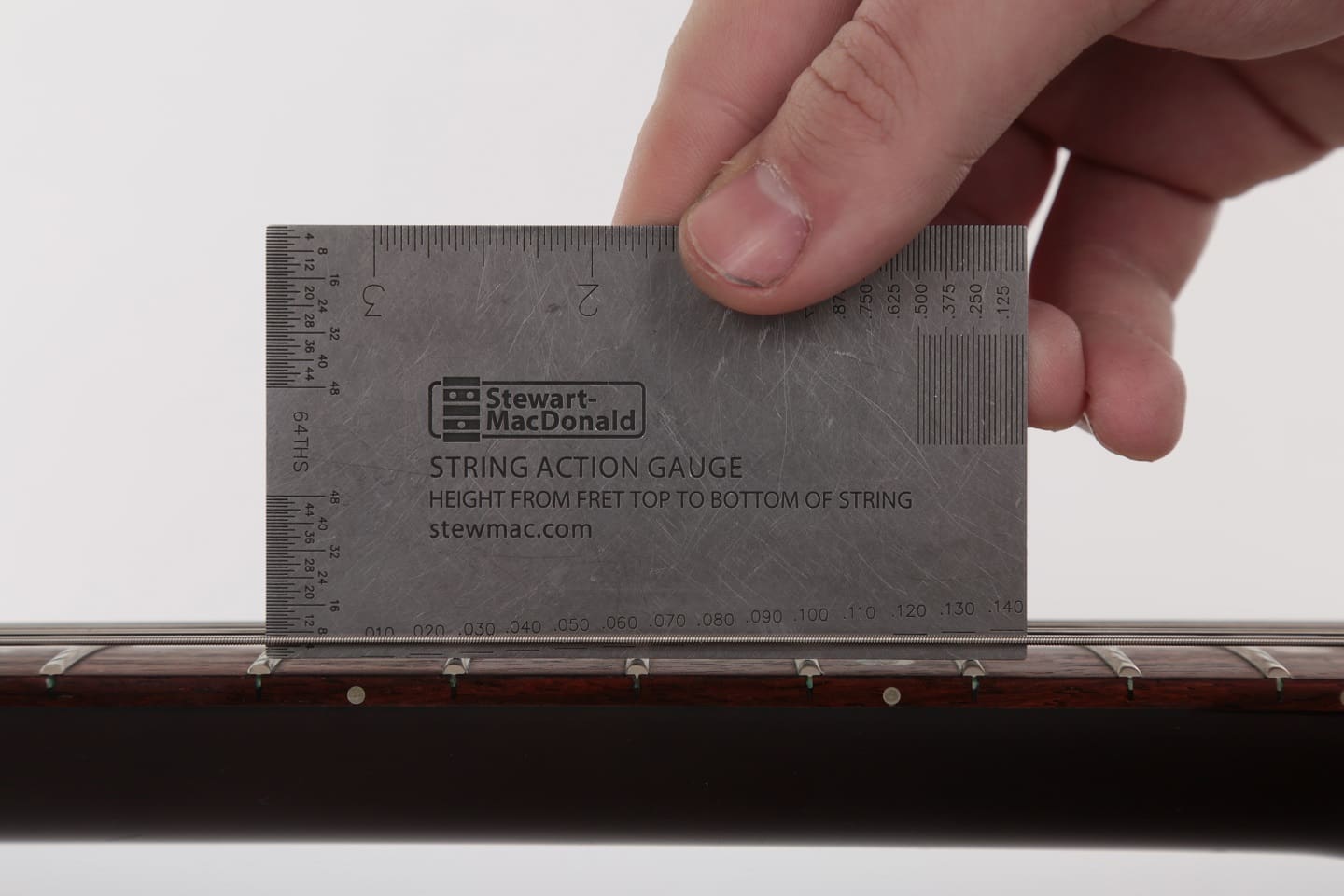 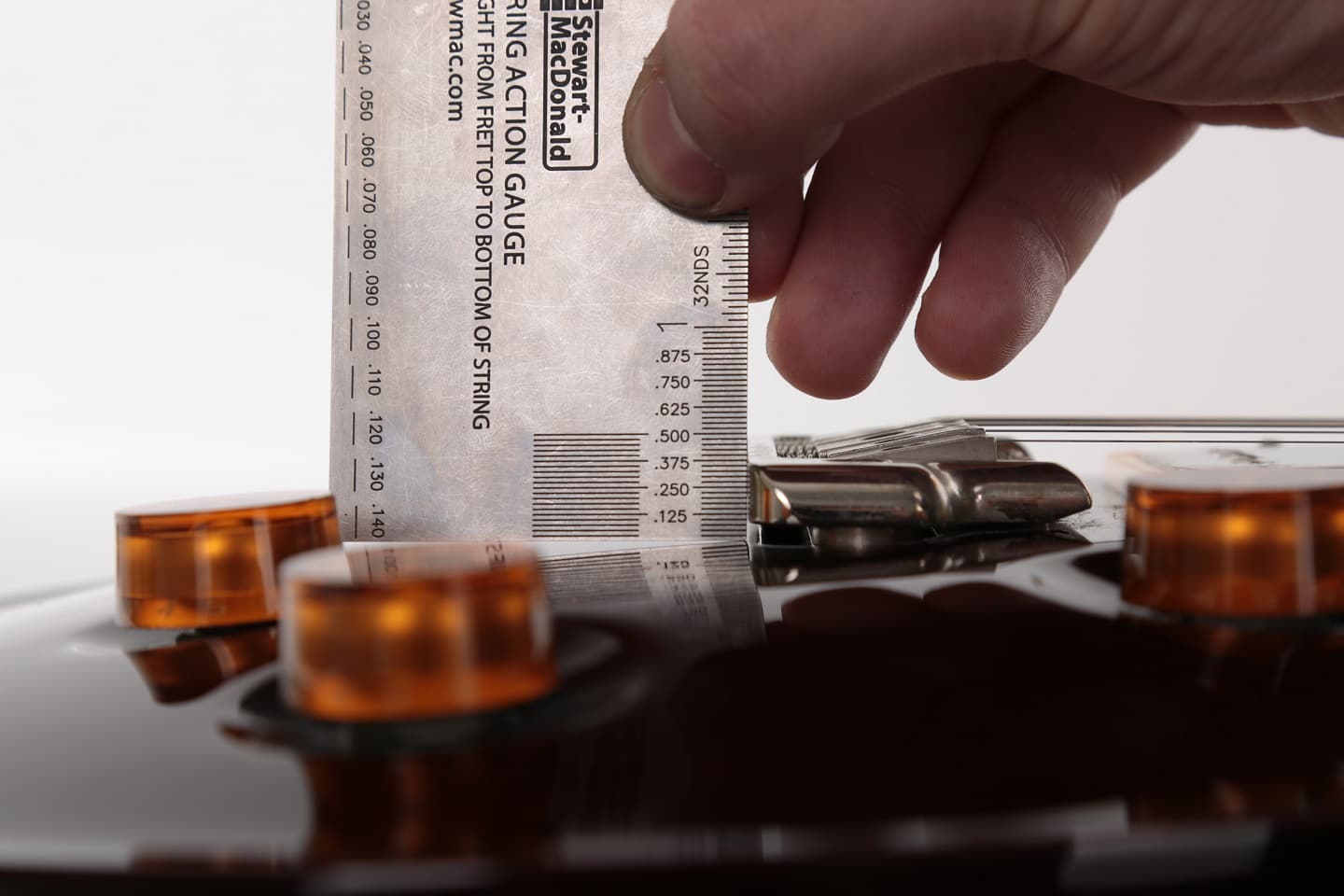 Do the results of these tests prove that you should always replace your strings one-by-one? Probably not. While we did see a marginal difference in the ‘all-at-once test’, it was by such a small amount that in the grand scheme of things – it is not something you need to worry about!

In that test, the movement we saw with both the neck and bridge was almost immeasurable (less than 0.01 of an inch.). With that, we are comfortable to say that there is practically no measurable difference between these two guitar restringing methods.

So while objectively there is no real difference to the end result, varying guitar models and different people will have contrasting needs when it comes to changing strings. Below, we have detailed a list of pros for these different methods.

Why you should change your strings all at once:

Why you should change your strings one at a time:

If you are confident with a screwdriver and some hex keys, I recommend taking the time to learn the basics of setting up a guitar and replacing your strings all at once. This is the best way to keep your guitar in the best playing condition.

On the other hand, if nothing scares you more than accidentally messing up your guitar’s intonation, then I recommend replacing them one at a time. This is especially if it has a tailpiece, like a Les Paul tune-o-matic or a Bigsby/Floyd Rose tremolo system.

You will eventually have to give in though and occasionally replace them all at once, to give the guitar a good clean and a setup. If you are not confident doing this, taking your guitar to a tech once or twice a year to get cleaned, setup and restrung is recommended.

Personally, I noticed no real-world difference in the feel, playability, intonation or setup of the guitar between changing strings using either method. So I will continue to change guitar strings all at once, so I can easily clean and refine the setup each time I restring.

What do you think about the results of this test? Leave a comment and share your thoughts!

If you’re interested in finding the answers to some of the most notorious guitar myths around, check out more of our Labs articles by clicking here.

Check out the huge array of guitar strings on sale at the Andertons website.

Ben Greener
Ben was our chief guitar writer for 3 years before becoming our eCommerce Development Manager. He has an encyclopaedic knowledge of all things guitar & bass and is simply obsessed with anything that resembles a Strat or has fanned-frets - preferably both! Did I mention he builds fuzz pedals in his spare time?
View Ben's Profile