Two beginner S-style guitars go head to head. This is a fight to be your first ever guitar.

The EastCoast GS100 and Squier Bullet Strat are two of the best double-cutaway beginner guitars you could possibly buy. But which one makes it into your hands? Picking your first guitar is a hard task when you don’t know what makes a guitar good in the first place – luckily we’re here to help.

There are a handful of features that separate both of these guitars apart from other starter options. S-style guitars, in general, are known to be some of the easiest to play regardless of ability. Compared to the likes of single-cutaway Les Pauls or T-shapes, they’re more ergonomic, lighter and grant better access to the top frets. But both the Squier and Eastcoast are pushing the boundaries with the quality you get at such a low price.

There are a few differences between the Squier and Eastcoast which might sway you one way or the other.

Eastcoast specifically cater to budding beginner guitarists. They make accessible, affordable instruments made in Eastern Asia. This means build costs are kept low and the overall price is very tempting. The GS100 costs around the £100 mark, which is quite astonishing for an electric guitar of its calibre.

The Eastcoast GS100 is quite an unusual shape, even for an S-style guitar. Most companies usually follow the Fender template simply because it’s been around for so long. So the Eastcoast is a good place to start if you’re looking for something a little more out of the ordinary.

The GS100 has a run-of-the-mill 22 frets (the metal bars across the fingerboard), an amount you’ll find on most guitars.  It also has a 9.5” fingerboard radius, which is the curvature of the width across the fingerboard. The smaller the number, the more rounded it is. Smaller radius fretboards are great for fretting chords towards the lower frets, while flatter variants are great for soloing. The EastCoast’s 9.5” radius is a nice middle-ground for both playing techniques and was originally used by Fender.

Material-wise, the GS100 is made using a classic maple neck combined with a more exotic purpleheart wood fingerboard, adding a more modern tinge to the classic aesthetic. EastCoast only make a tremolo bridge GS100 model unlike Squier, who make both this and a hardtail version. The trem is a great creative tool but is slightly more susceptible to going out of tune. 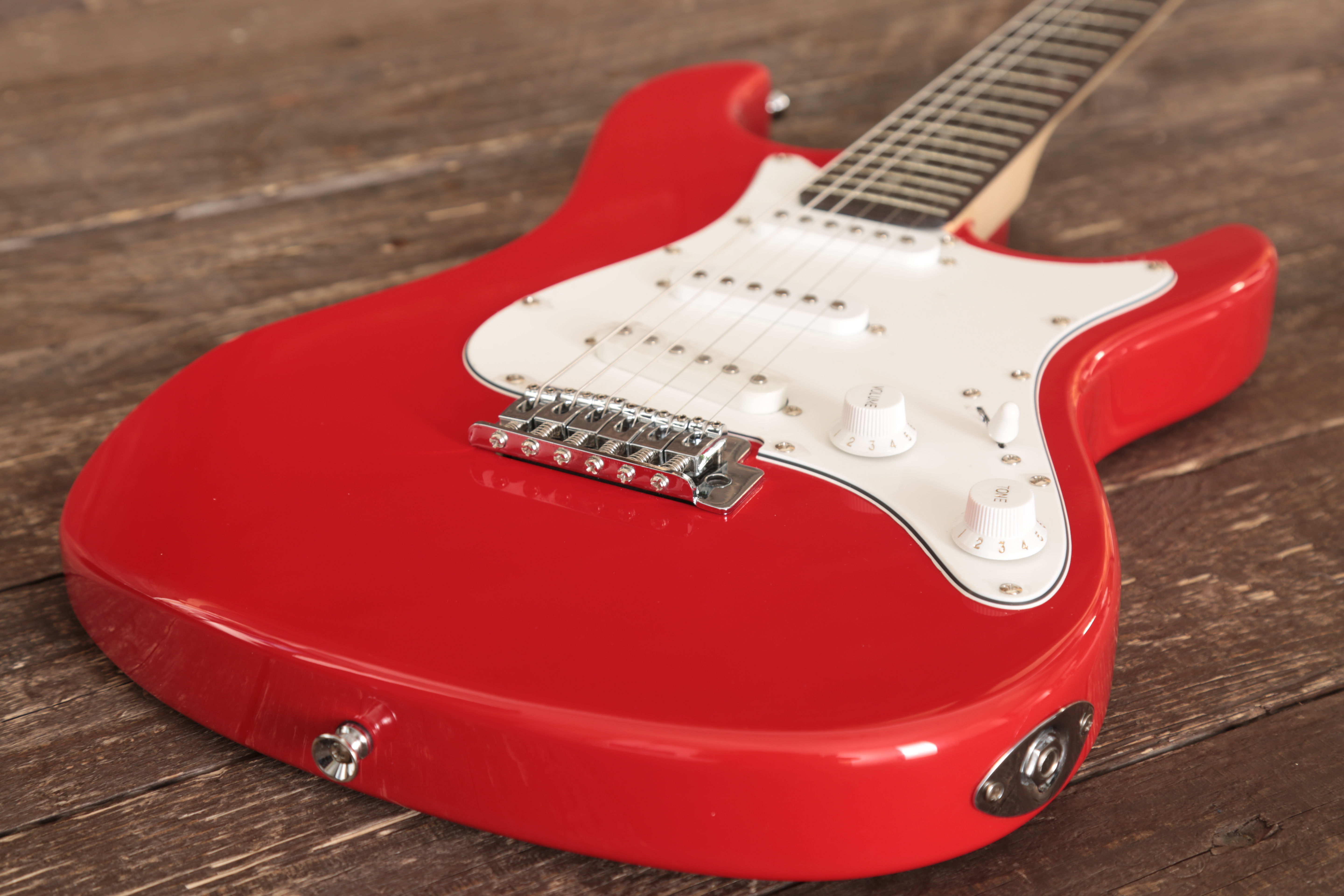 Pickups are one of the most important aspects of a guitar as they capture the sound of your playing. The GS100 has three single-coil pickups, which produce a lively, dynamic tone used across rock, folk, country, pop, jazz and even at times, metal. At £100 you might not expect it to sound perfect, but the GS100 does a great job. It sounds chimey over clean tones and gets gritty with the volume and gain cranked.

Overall, the GS100 feels exceptionally good to play for its price range and beyond. It sits nicely in the middle for all its specifications, providing a balanced experience and helps you recognise what features you like and don’t like.

Squier are the more affordable offshoot brand of Fender, who originally designed the legendary Strat shape. The Bullet takes a lot of these original ideas and packs them into a starter guitar made in Indonesia. Similar to the EastCoast, the Squier is around £100 – if around £10 or £20 more expensive.

Also like the EastCoast, it has a 9.5” radius, 25.5” scale length and a medium ‘C’ shape neck, which comfortably fills the palm of your hand. Overall, both guitars are similar to play and both use three pickups. Where things aren’t quite the same, however, are in the details.

The Squier has an output jack on the front of the guitar. Not that this has any effect on the playing side of things, but the styling doesn’t look quite as clean and sleek. The Indian laurel fingerboard looks vintage compared to the contemporary-styled EastCoast.

Where the Bullet has one up is the extra tone knob – which is more important to a beginner guitar than it is a more expensive instrument. At this early stage, it’s unlikely that guitarists have less effects to change the sound. Another tone knob allows more access to a wider sonic palette. 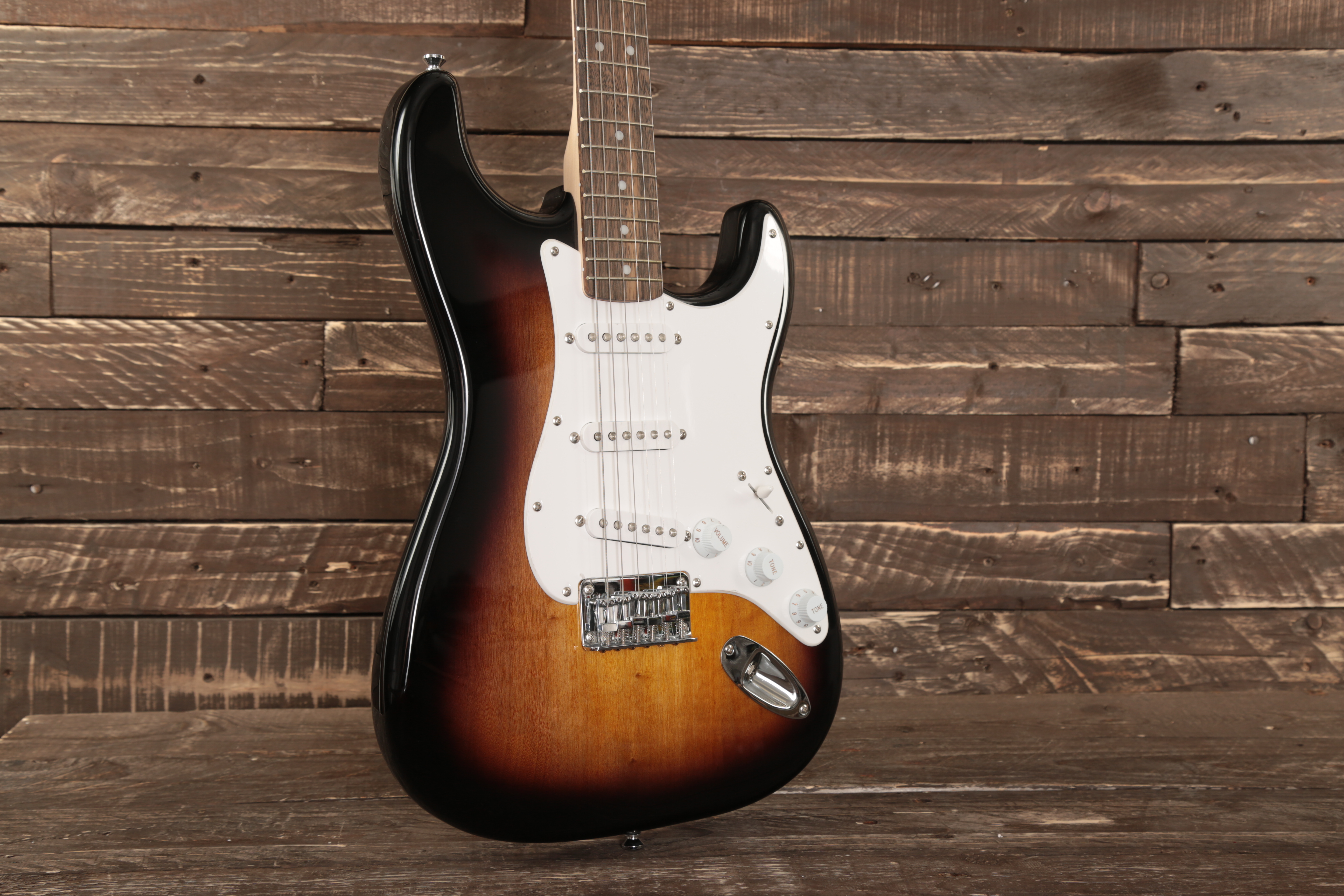 What Guitar Should You Buy?

Opting for EastCoast or Squier is a good place to start for a beginner. You’ll find either choice easy to learn on and will quickly get a feel for the most popular guitar shape ever made. Even if you give up playing early on, it’s not too big of an outlay.

The Squier has the iconic Fender name attached and that will draw in a lot of players. It sounds like a Fender (with a little less quality than standard models) and has the instantly recognisable retro looks.

In comparison, the EastCoast doesn’t have the history but has quickly garnered a good reputation for their reliability and playability straight out the box. It also looks much more modern thanks to the sleek headstock and classy pickguard. A true rival to the behemoth that is Squier.

If you enjoyed this read, check out more of our Labs articles! 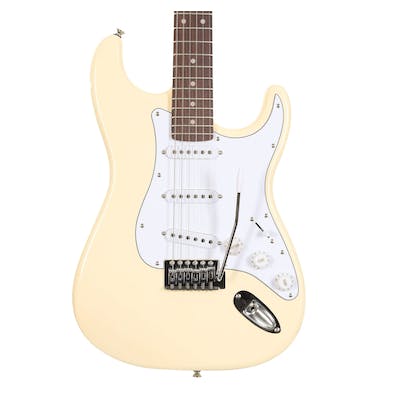 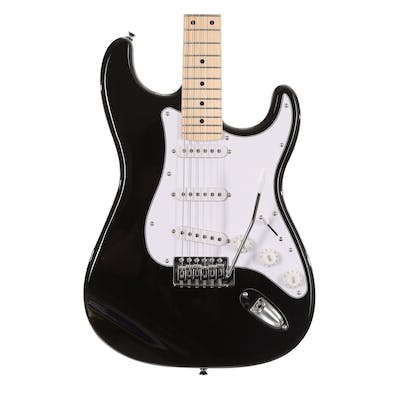 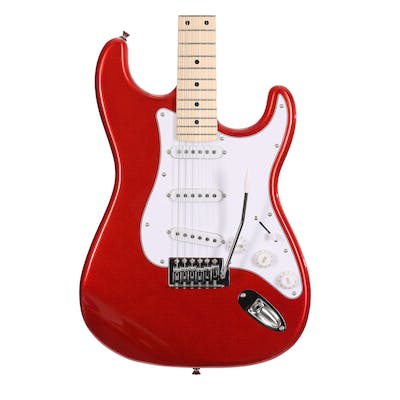 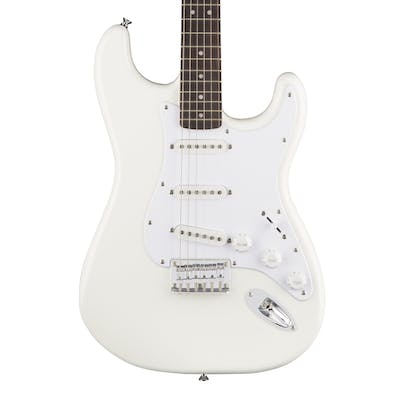 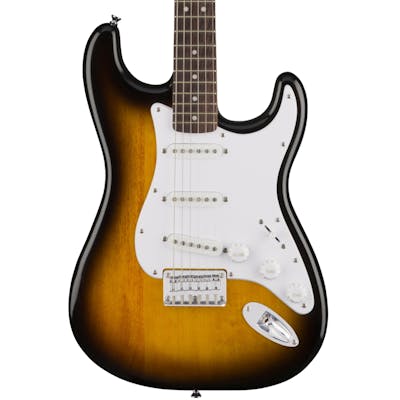