Nord Grand vs Piano 4 vs Stage 3

With the release of the Grand, Nord have further cemented their position as titans of the stage piano world. The Grand elevates Nord’s piano selection to new levels of authenticity and immersive playability. But what sets it apart from its 88-key peers, the Piano 4 and Stage 3? In this article, we compare these three world-class instruments in terms of feel, sound and features. 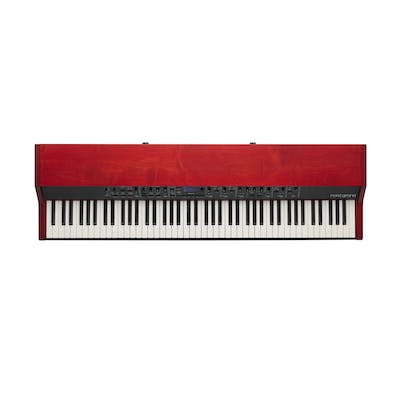 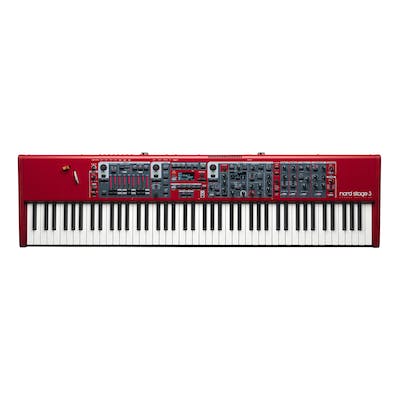 Nord have a reputation for making some of the best keyed instruments in the world. From jazz bars to international stadiums, rehearsal spaces to award-winning studios, Nord pianos and keyboards are a common sight.

Everything in the Nord range is handmade in Sweden by Clavia Digital Musical Instruments. Founded in Stockholm in 1983, they quickly earned a reputation for combining intuitive user interfaces with world-class features and their recognisable red enclosures. While they earned their golden reputation making a variety of synthesizers and drum machines, their pianos are arguably their most lauded products. Offering unprecedented authenticity in both feel and sound, they’ve become something of a self-perpetuating industry standard.

When it comes to full-range stage pianos, there are three to choose from: the Stage 3 88, the Piano 4, and the most recent addition, the Grand. Each one has its own unique traits, catering to different needs. To begin our comparison, we’ll take a look at the specs of each model side by side.

An immersive grand piano experience with new levels of authentic feel and sound.

The newest of the bunch, you’d be forgiven for wondering what the Grand could possibly add to Nord’s already-impressive piano line up. The Grand demonstrates a fairly drastic redesign by Nord’s standards; it’s out with the flat red enclosure and in with an alluring cherry-red frame and slanted user interface. They’ve also streamlined the Piano Library sound selection for the Grand; 2GB of piano-dedicated memory offers 29 carefully-selected piano sounds with 120-voice polyphony. Adding dedicated filters, dynamic curves, advanced string resonance to the mix (plus much more) helps the Grand deliver what is arguably Nord’s finest acoustic piano replication yet.

Despite the fresh design and jaw-dropping sound, we think it’s fair to say that the headline feature here is the keybed. The Grand uses an 88-note Kawai hammer action keyboard with advanced triple sensors. Japanese manufacturer Kawai are considered among the cream of the crop when it comes to piano manufacture, both acoustic and digital; rest assured, this keybed is the business. The triple sensors are designed to track the movement of the hammers rather than the keys, resulting in a highly dynamic, responsive performance that echoes that of an acoustic grand. Finally, ivory touch keys provide that extra subtle layer of pinch-yourself authenticity.

Considered Nord’s most popular instrument by many, the Piano 4 is – you guessed it – the fourth iteration. The Nord Piano was originally released in 2010 to much critical acclaim; though it’s always been compatible with Nord’s sample library, it was always considered to be the ultimate stage substitute for an acoustic piano. A stripped-back interface provides you with just the right amount of control over your sound. The Piano 4 also uses a selection of sounds from Nord’s piano library, as well as having 512MB of space dedicated to the Nord Sample Library 3.0. This provides you with plenty of tonal flexibility without overcomplicating matters.

When you look at the number of new features on the Piano 4 (particularly when compared to the previous iteration, the Piano 3), it becomes apparent that Nord wanted to further hone in on what makes a stage piano stand out. There are plenty of options on the market with weighted-action keybeds and simple interfaces, but they’ve taken it a step further. Seamless transitions between patches make performances and sessions fluid, while the new layer & split functions make for a dynamic sound and playability. The enhanced organise mode and numeric pad make real-time tweaks easier than ever, while seamless transitions and the new layer/split functions ensure that your performance is fluid and dynamic. The Piano 4 is simply designed to make your life as a performing pianist as intuitive & enjoyable as possible.

If the Grand is Nord’s most luxurious, authentic stage piano and the Piano 4 is their reliable performance option, the Stage 3 is the Jack of all trades. This award-winning instrument goes beyond stunning piano sounds and the Nord Sample Library to offer studio-grade organ and synth sounds, with in-depth controls to match. Like the Grand, it has 2GB of onboard memory dedicated to piano sounds of all descriptions, but it also incorporates a selection of their world-class organ sounds, courtesy of the C2D sound engine. Tonewheel, transistor, pipe, rotary – the works. In addition, the Stage 3 borrows the sound engine from Nord’s Lead A1, an analog modelling synthesizer – world-class pianos, organs, sampling and modelled synthesis in one? You bet.

Enhanced connectivity and effects add to the array of pro features, including enhanced stereo delay, reverb per slot and footswitch/organ pedal connections. Twin OLED displays give you an accurate real-time overview of both the program and synth sections, plus you get LED sliders to control the organ drawbar-style function. Additional features include extended morphable functions (like effects, LFO etc.), a built-in arpeggiator and even a master clock for timed effects and synchronising with external hardware. All things considered, the Stage 3 really does tick just about all the boxes.

All three of Nord’s industry-leading pianos share some common ground; authentic feeling keybeds and beautifully diverse sound engines. But each one excels in its own way, take the stage piano formula in a slightly different direction to suit different needs.

The Grand offers their most luxurious playability and authentic piano sound. The Piano 4 is a thoroughly performance-orientated instrument, focusing on intuitive design and dynamic response. Finally, the Stage 3 casts the biggest nest, with a plethora of world-class sounds, features and controls – the ultimate workhorse stage piano/keyboard. If you’re in the market for a stage piano and you’re considering Nord, hopefully you’re feeling a little more confident about what’s what.

If you’ve enjoyed reading this piece, check out the rest of our head-to-head content here. You could also check out our full Clavia Nord selection, or browse our stage piano range – if you’ve got any questions about any of the above, just get in touch. Thanks for reading!