Much like its contemporaries, PRS Guitars has split its catalogue into two main ranges - to accommodate for different budgets. In this article, we'll help you to distinguish the main differences between PRS’ Core and SE lineups.

Founded in 1985 by Paul Reed Smith, PRS Guitars has become one of the most renowned brands in the guitar community. Making its name with original electric guitar designs like the Custom 24, in recent years the company has diversified its lineup.

Not only splitting its electric guitar catalogue into different ranges, PRS has also introduced acoustic models and even released its own amplifiers. By implementing these changes, PRS Guitars’ popularity and market share has grown exponentially. And it’s clear that the PRS of today is far different to the PRS of just a few years ago.

For example, in its first 15 years of trading, PRS crafted electric guitars only at its US factory. Carving themselves a niche in the high-end guitar market, it’s fair to say that the company still prides itself on its ‘Core’ USA offerings.

However, in 2000, PRS launched its successful SE guitar range. Representing their affordable side, the SE lineup encompasses genuine PRS designs that won’t break the bank. Now established as a key player in the mid-priced guitar market too, PRS has extended its appeal to a larger audience by manufacturing instruments in the Far East.

It’s worth noting that PRS also has other product ranges within its catalogue – such as the S2 series. But in this article, we’re going to focus solely on its Core and SE electric guitars. We’re aware that there is a gulf between them in terms of their prices, but you’ll soon realise that these models are more similar than you may have originally thought. Let’s break them down! 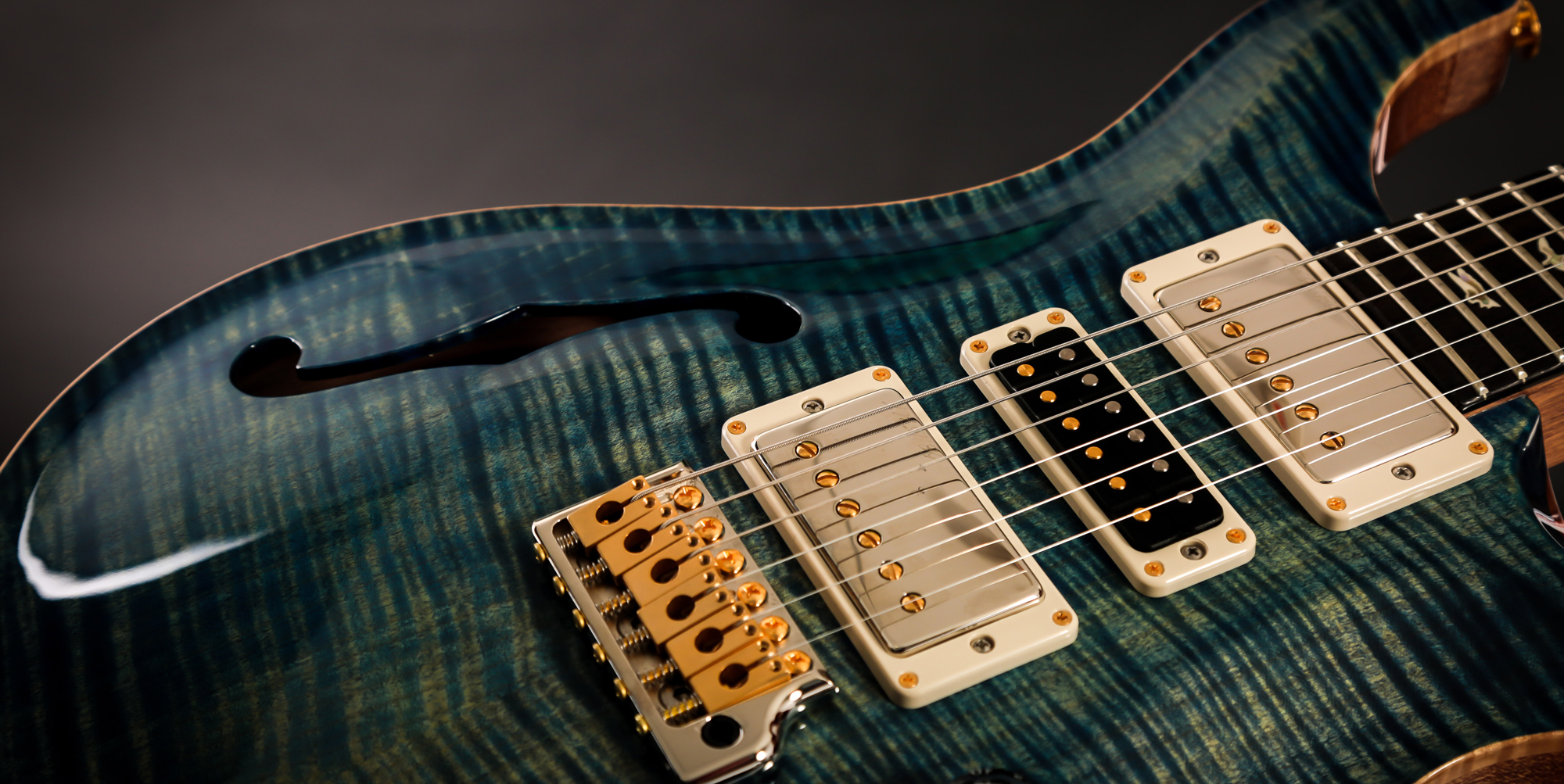 Where are PRS USA Core Guitars made?

The PRS Core guitar range epitomises high-quality, American craftsmanship. Made with the utmost attention to detail, these instruments are built at PRS’ main factory in Stevensville, Maryland. This has been the company’s main headquarters since 1996.

PRS Core guitars are predominantly cut using conventional CNC machines. This is a common industry practice, as these sophisticated machines ensure great consistency between models. However, skilled workers hand-sand, fit and finish every guitar to perfection, making them feel like true works-of-art. PRS also has a reputation for strict quality control, meaning that no ‘dud’ guitar will ever leave its main factory.

What Features do PRS USA Core Guitars have?

PRS is known to select the finest quality woods available for its USA guitars, which are typically constructed from Mahogany. Not only ensuring first-class tones, the materials that PRS use gives their Core models an exquisite look as well. In fact, it’s fair to say that the use of Flamed Maple tops in guitar construction has become most synonymous with PRS.

The Custom 24 is arguably PRS’ flagship model, which has lead its Core range since 1985. With its bird fingerboard inlays, dual humbuckers, carved top, 24 frets and ergonomic contours, the Custom 24 is considered a modern classic among guitarists. 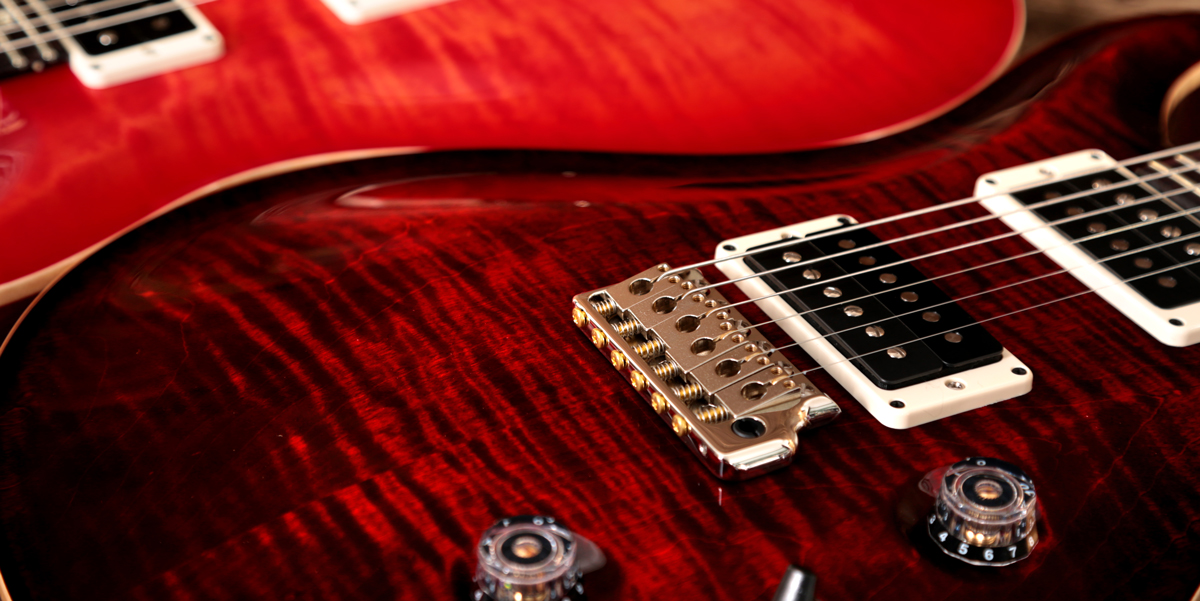 The Custom 24 certainly set the precedent for PRS’ future designs, with many of its features dripping down into its other models. For example, the Custom 22 is nearly identical to the 24. But as its name suggests, it features 22 frets instead. The bird inlays have also became a signature aesthetic feature of PRS Core guitars. They are featured on everything from their Singlecut models to even the John Mayer Silver Sky.

Speaking of the Silver Sky, this is one of only a handful of PRS designs that features single-coil pickups. For a long time, PRS exclusively used humbuckers in its guitars, however it has recently started to use single-coils in other instruments, such as the Special Semi-Hollow.

Regarding pickups, PRS wire their very own models and rarely use aftermarket pickups for their USA instruments. Their ‘Treble’ and ‘Bass’ humbuckers are the most well-known, acclaimed for projecting a balanced, and ultimately, versatile sound. However, in recent years their 85/15 humbuckers have become a favoured choice. Used in current Custom 22 and 24 models among others, these pickups are admired for their clarity and precision. 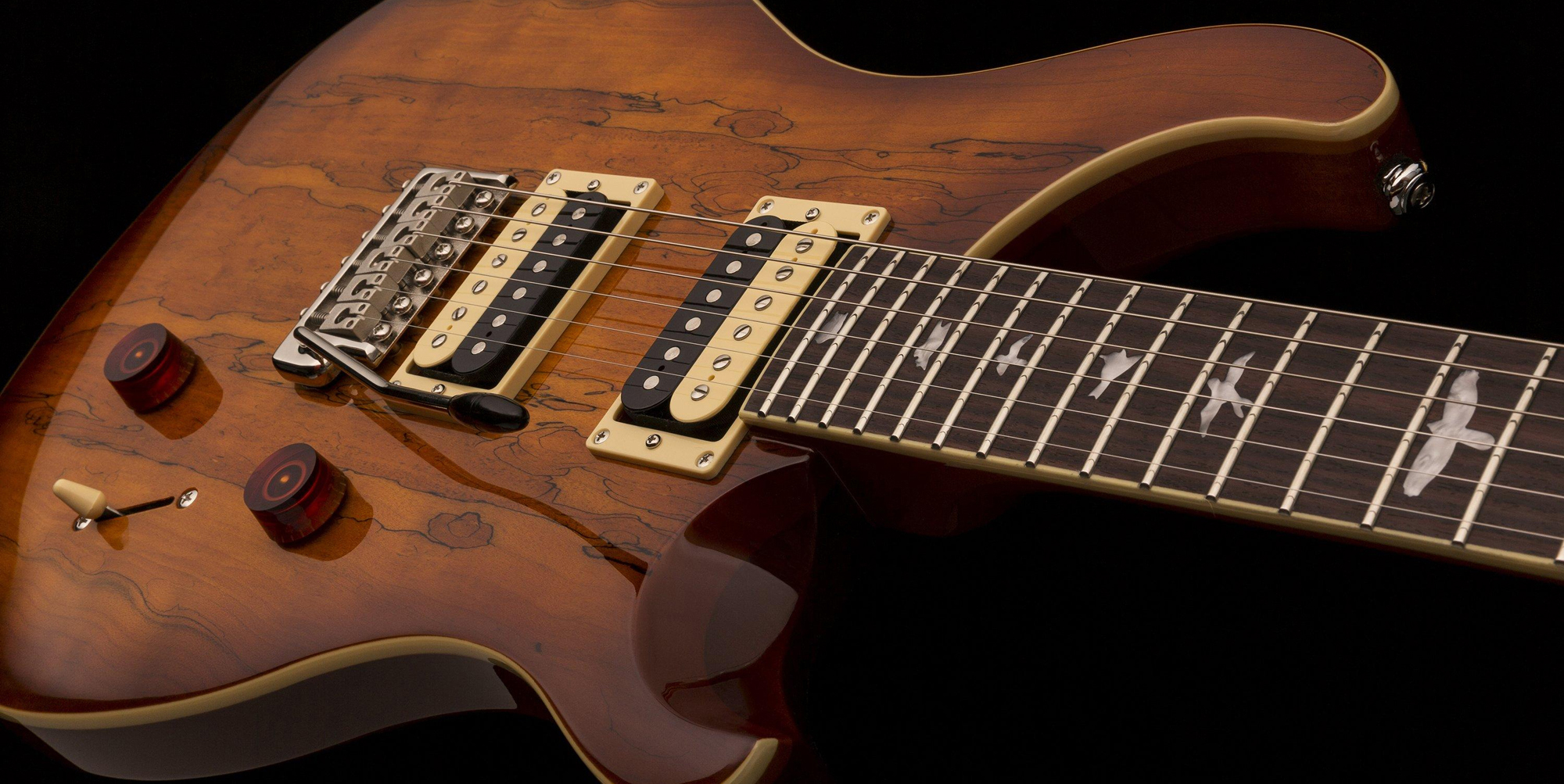 Where are PRS SE Guitars made?

If you’re looking for a PRS guitar for less than £1000, the SE range is where you’ll find it. Standing for ‘Student Edition’, early SE models were intended for beginners and intermediates. But today, even seasoned professionals have been known to use them. With modern PRS SE models featuring upgraded hardware and higher-quality pickups, there are more reasons as to why experienced players feel at home on a PRS SE guitar.

Unlike their Core line counterparts, PRS SE guitars are constructed in the Far East to keep costs down. Currently, all SE models are made by ‘World Musical Instruments Co.’ in South Korea. This is the same factory that Chapman, Schecter and Line 6 use to manufacture their guitars.

What Features do PRS SE Guitars have?

To ensure that their SE guitars can remain cost-effective, they are built in a factory that uses mass production techniques. This is, of course, a process that dozens of guitar companies rely on to generate more volume, while the cost of labour is also cheaper. Although the attention-to-detail may be lacking compared to the US-made models, these instruments still sport many of the features that you’d expect to see on a PRS.

For example, for many years, SE guitars featured simple dot inlays instead of PRS’ signature flying bird design. But a few years ago, PRS updated many of its SE models to feature their trademark bird inlays, bringing them more inline with their US-made brethren.

A lot of SE guitars also feature Mahogany bodies and necks, as well as Flamed Maple tops. The quality may not be as good, but this does mean that from an aesthetic and tonal standpoint – they really aren’t that far off the USA models. 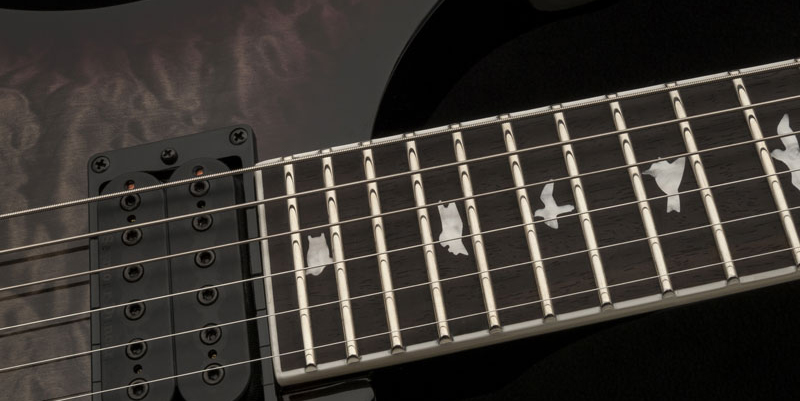 The image above shows the bird inlays in the Mark Holcomb signature SE guitar. It’s worth mentioning that the PRS SE series encompasses the majority of the brand’s signature models. While the PRS Core line also boasts artist instruments, the SE series has a much larger signature lineup. So, if your guitar hero happens to have a PRS signature guitar, you’ll probably find it in the SE range.

Some of these SE signature guitars also sport pickups from aftermarket brands. The Holcomb model, for example, features his signature Seymour Duncan Alpha/Omega set. Although recently discontinued, the Paul Allender model boasted an active EMG 81/89 set. These high-output pickups make these guitars very suitable for modern metal, and it’s difficult to find an offering from the USA Core range that can compete.

While it’s clear that there’s an air of prestige associated with PRS Core guitars, the SE series shouldn’t be dismissed. They represent excellent value-for-money, and PRS has developed these guitars to be much closer to their Core counterparts over the years.

If you picked up a US-made PRS and compared it to an SE model, you probably would feel a difference. The setup and finish on the Core guitar will be superior, and the pickups will probably sound a lot sweeter. But for a guitar that can cost 4-5 times more than an SE, it will make you wonder if the extra money is worth it. After all, whatever you choose will mostly depend on your budget!

What are PRS’ other guitar ranges? 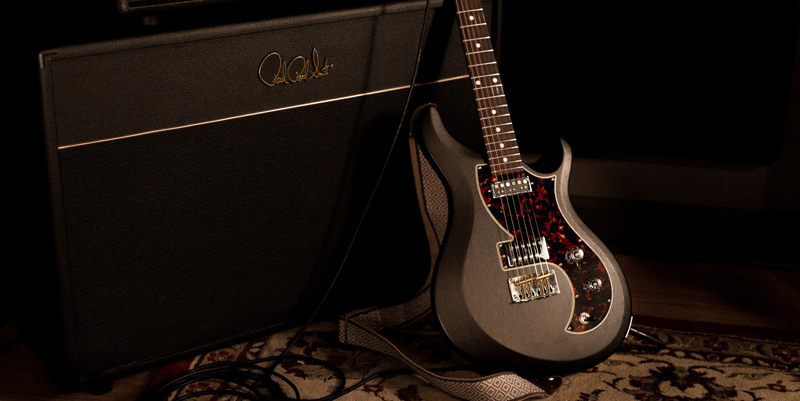 At the start of this article, we mentioned that PRS has other guitar ranges. Their S2 line is perhaps the most noteworthy, and somewhat bridges the gap between Core and SE. Made in their main Maryland factory, PRS’ S2 instruments are more stripped back than the core models. With many having flat colour finishes rather than Flamed Maple tops, these guitars are considered excellent workhorses. The S2 series also includes original designs not found in their other series’, like the Vela model.

Although they are often grouped with the Core series, PRS has a ‘bolt-on’ range too. Featuring the popular CE24 model, these guitars give Fender fans a PRS guitar that is more akin to a Stratocaster or Telecaster. Whereas most PRS models are constructed via the set neck method, whereby the neck and body are glued together, the bolt-on design is different as the neck is screwed onto the body. This yields a brighter and snappier sound, giving notes a more immediate response.

In a 2017 Andertons TV video, Chappers and The Captain filmed an episode where they compared a £5000 PRS USA Core model with a £700 SE series guitar! Is the expensive model worth the extra money? Watch to find out their opinion: