Where would we be without snare drums? A world void of groove and expression? Perhaps we’re exaggerating. Either way, they’re pretty darn important – and there are plenty to choose from.

In this article, we’ll explore one of the most common snare-related questions: wood or metal? 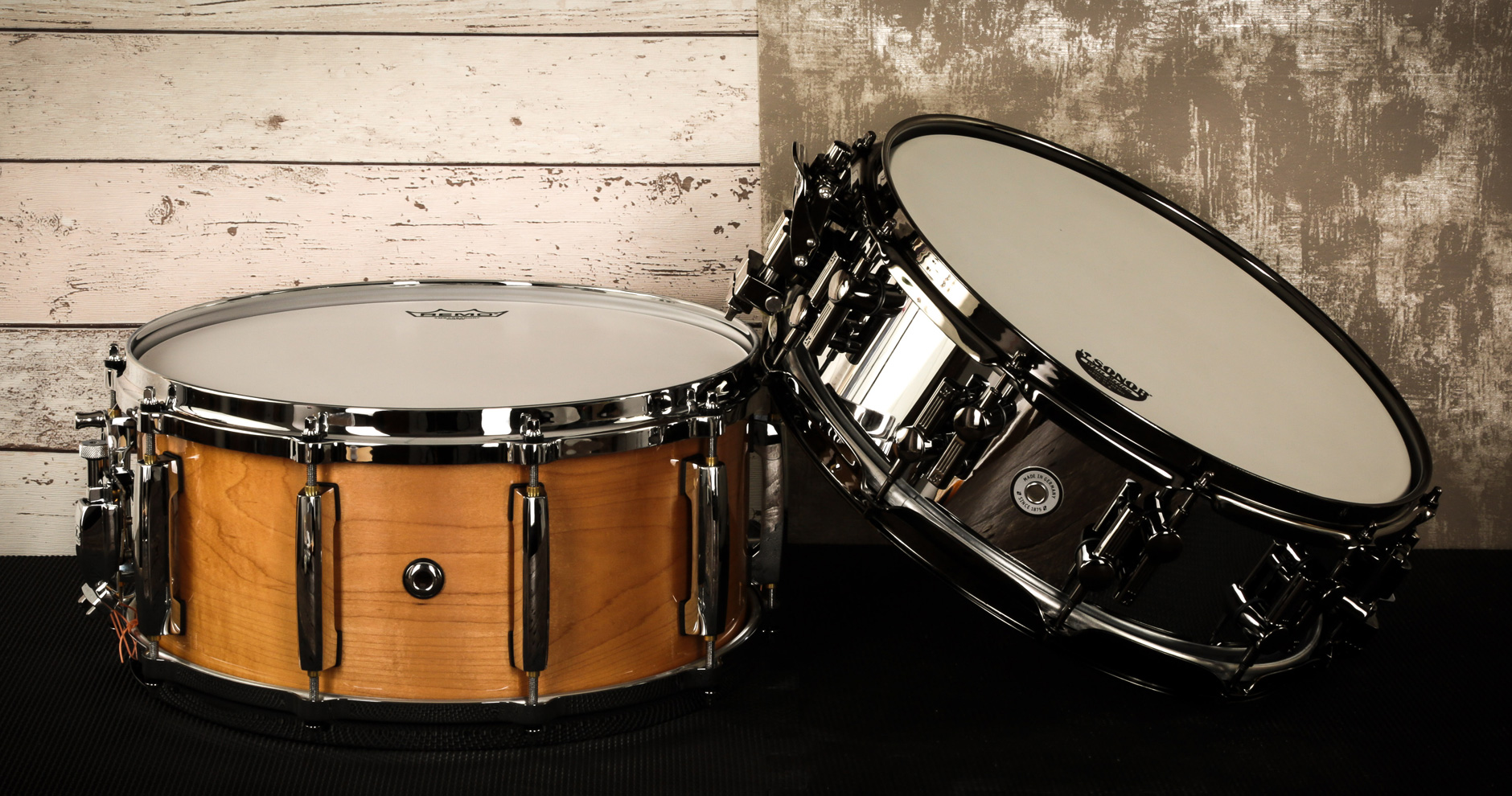 The humble snare drum is arguably one of the most important elements in any band or ensemble. The backbeat has been a staple of modern music for the best part of a century, while ghost notes, fills and modern techniques provide our music with everything from groove to outright ferocity.

As with any percussion (or musical instrument for that matter), there’s an awful lot of choice when it comes to snare drums. Different varieties offer different sounds, responses and aesthetics depending on your style. These varieties differ in terms of shape, size, skin, hardware, tuning – the list goes on. But arguably, the most important aspect to consider is the material.

The bottom line is this: wood or metal? In this article we’ll dig deep into the primary differences between the two. Here’s what we’ll be comparing:

Without further ado, let’s get to it…

What is a snare drum?

To start us off, let’s cover the basics. You might be a professional drummer looking to upgrade your setup, or you might be a total novice looking for advice on your first kit. Either way, we feel it’s a good idea to clear what a snare is and how it works.

As with most contemporary percussion, a snare drum features a round frame with two heads – one on top, one on the bottom. The snare element refers to a selection of metal wires attached to one or both of the heads – most commonly on the bottom. This wires can be tightened against the drum head or loosened completely. When tightened, the snare is considered engaged, resulting in a bright, quick attack. When loosened, it’s the opposite, with the sound resembling a tom. 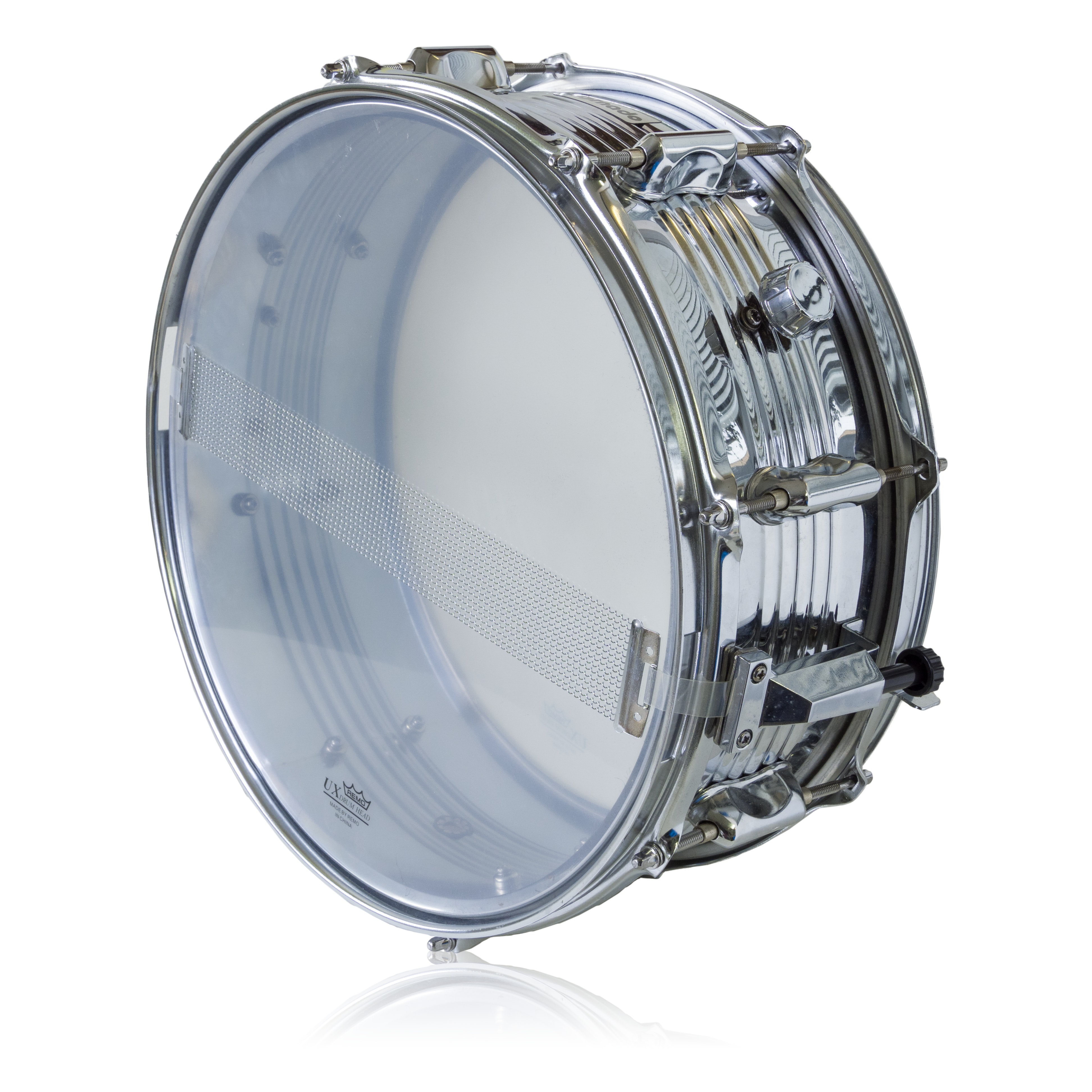 Snares have existed in one form or another for centuries. Derived from medieval times, they were commonly used as marching drums – an application that lives on to this day. Naturally, these drums were traditionally made of wood due to its availability and relative lightness. Even now, wood remains the most popular material for snare drums.

Honourable mentions: Walnut, Ash, Basswood, Oak, Bubinga, Cherry. It’s worth pointing out that many snares use multiple woods, for sound, practicality and budget reasons. Many believe that solid-wood snares (rather than thin multi-ply constructions) sound more resonant, an argument that’ll be familiar to many guitarists. Snares with multi-ply shells, however, can sometimes be more durable and offer unique tones. They also tend to be more affordable!

Why choose a wood snare drum?

The reasons for choosing a wood snare drum may be obvious, but there’s plenty to consider. The sound of a wooden snare drum is arguably more familiar. The woods mentioned above have been used for centuries to produce drums of all shapes and sizes – there’s a reason they’re still popular.

The sound of a wooden snare drum can range from bright and focused to vintage warmth. Some materials are more versatile than others (Maple), while some provide an unmistakable sound (Birch). If you’re looking for something familiar, versatile, or for a particular style of music, you’ll definitely find a wooden snare to suit you.

Wooden snare aesthetics can vary greatly, as with many instruments. Solid finishes, transparent finishes, natural grain. For those who prefer a more organic look, nothing beats the grain of a wood like Birdseye Maple or Bubinga. Price-wise, solid wood snares tend to cost more (as mentioned earlier), but are generally comparable to snares of other materials. 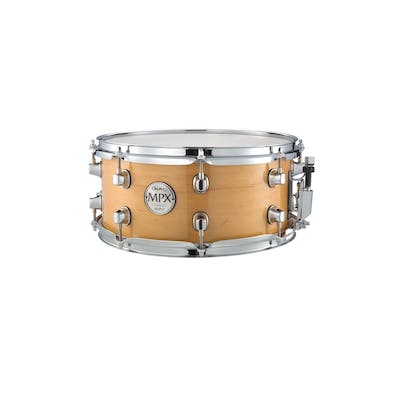 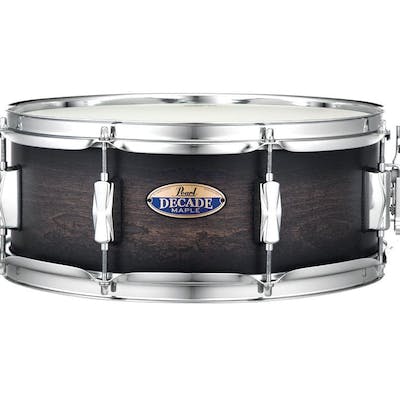 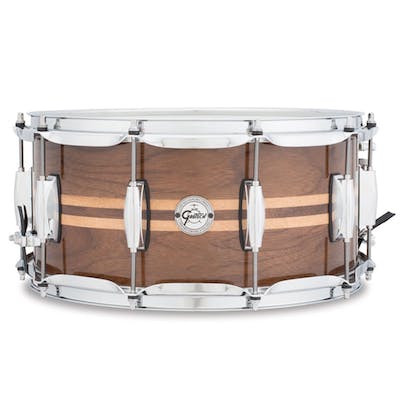 Compared to their wooden peers, metal snare drums are relative newcomers. They first appeared in the 20th Century due to improved manufacturing methods and availability of materials. Sonor and Ludwig initially pioneered the use of metal for snare shells (in that order), most notably brass.

Metal snares have since become hugely popular for their sound, response and – we hate to admit it – looks. Admit it, they look pretty darn cool don’t they? Advances in technology and decades of experience earned by manufacturers mean that metal snares are more diverse in their sound and design than ever before. Generally speaking, a brighter attack is the theme, but it varies. Let’s take a look at some of the more common materials used…

Why choose a metal snare drum?

As mentioned earlier, metal snares are more diverse in sound than ever before. But it’s undeniable that they’re generally known for producing a brighter sound with a more pronounced attack. For this reason, you’ll generally want a metal snare if you want your backbeat to puncture any mix or your fills to command an audience’s attention.

Metal snares are (rather fittingly) popular in the metal genre. Many metal styles, particularly at the more extreme end of the spectrum, feature intricate patterns and polyrhythms. It’s therefore imperative that every aspect of your drum part stands out – hence the need for a great attack and top-end response.

You can imagine what metal snares look like. Aluminium snares tend to appear silver with an almost-matte finish, while Steel and Brass appear shiny and golden respectively. Each to their own. As mentioned earlier, metal and wooden snares tend to share the same price points. The price tends to be affected more by the design, fittings and variety of respective material that’s used. For example, Bell Bronze (a tin and copper alloy) tends to cost more than Steel. 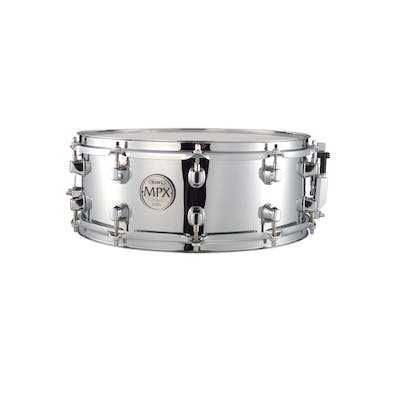 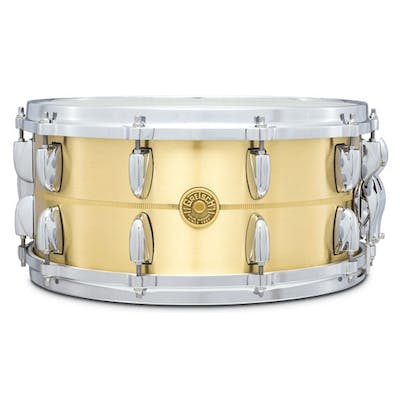 It depends on what you’re after – once you know that, you’ll be able to narrow down your choice. What isn’t immediately obvious is that wood and metal snares aren’t as drastically different as they once were. In a nutshell:

What it really boils down to is sound – it’s a musical instrument after all!

Enjoyed reading this article? Check out the rest of our head to head content here. If you’re on the hunt for your next snare, check out our full selection here. Thanks for stopping by!