The legendary Stratocaster was tweaked and tinkered extensively over the first 30 years of its existence. Let's explore the main features developed over three decades of Strat design.

Fender introduced the Stratocaster to the world in 1954. But they didn’t stop to give each other a pat on the back and say job well done. Leo and his team continually worked to improve the sound, style and feel of the most popular guitar ever.

Changes made to the Strat were heavily influenced by popular music at the time, as well as desirable features and an ever evolving market of boundary-pushing guitars sold to moreish buyers.

Leo Fender regularly made minor updates to the original Strat concept. Rather than recreate a model for each year, Fender’s modern day Vintera and American Original ranges aim to capture the essence of each unique decade. Offshoot Fender brand Squier also tailor their guitars to the same key decades of guitar innovation. Here’s what makes ’50s, ’60s and ’70s Strats unique.

The very first iteration of the Strat delivered a concoction of classy aesthetics, groundbreaking tone and trendsetting playability. It was the electric guitar spark needed for many of the iconic fifties guitarists such as Buddy Holly and Hank Marvin.

Ash was the wood of choice to make the body and it was an all-maple affair for the neck and fingerboard. One of the early features unique to the fifties Strat was its “V” shaped neck, which a deep middle section and narrow shoulders. It also had a curvy 7.25-inch fretboard radius, but Fender opted to build American Original guitars with a flatter 9.5″ introduced later in the decade.

The trio of single coil pickups sounded feisty and dynamic. They allowed guitarists to play thicker sounding chords with better handling of low levels of tube amp saturation. At the same time, dreamier cleans were just as achievable when using the tremolo bridge and a smattering of echo. 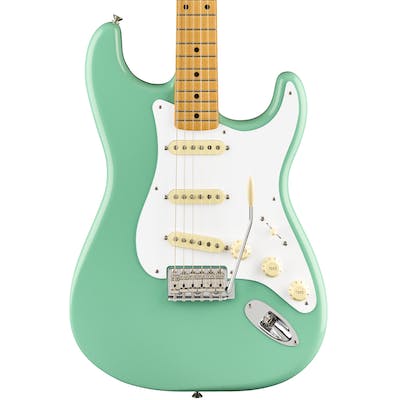 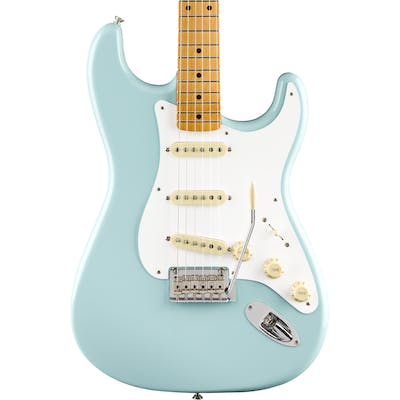 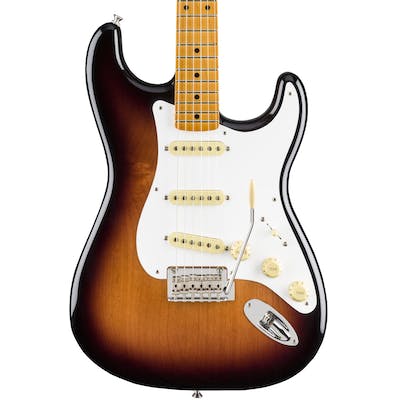 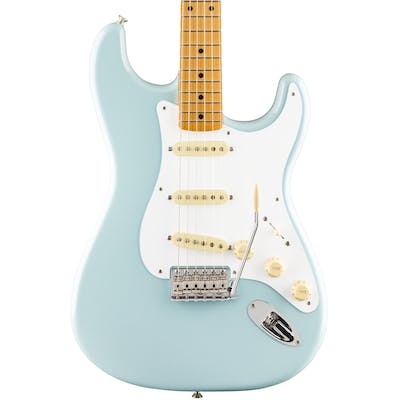 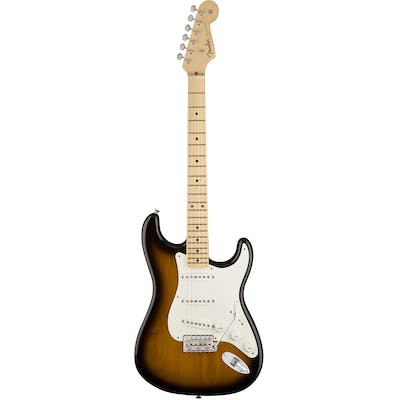 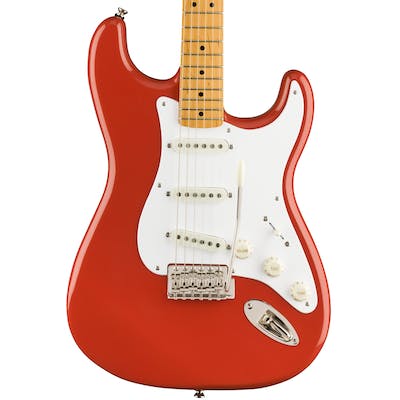 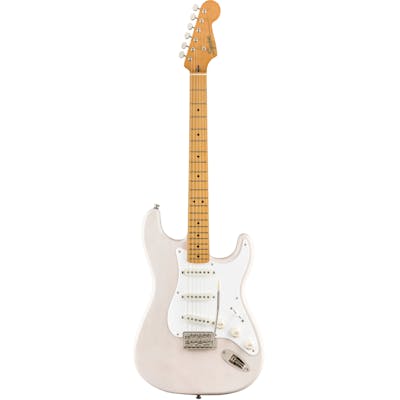 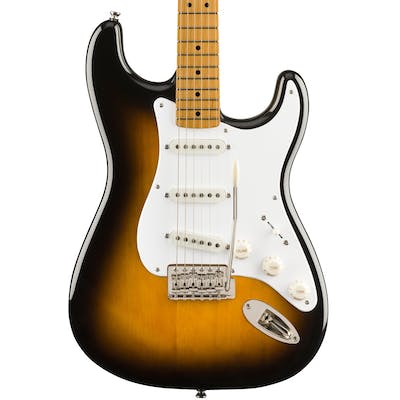 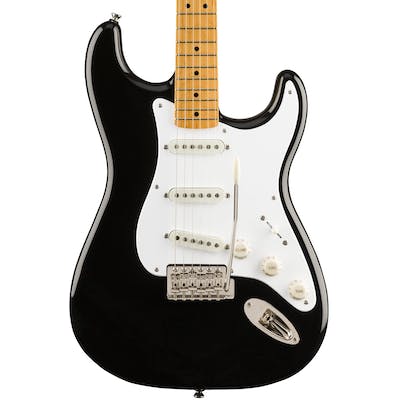 What many consider to be the pinnacle of Strat design, the sixties saw the instrument refined and streamlined for more technical players. This is the decade when the likes of Jimi Hendrix, Eric Clapton, Ritchie Blackmore, George Harrison and so many more first championed the Strat.

There were a couple of stylistic changes, such as a pickguard update from white to mint green, a host of bold new colours and a switch from a maple fretboard to rosewood. But the major updates came in the form of both sound and feel. 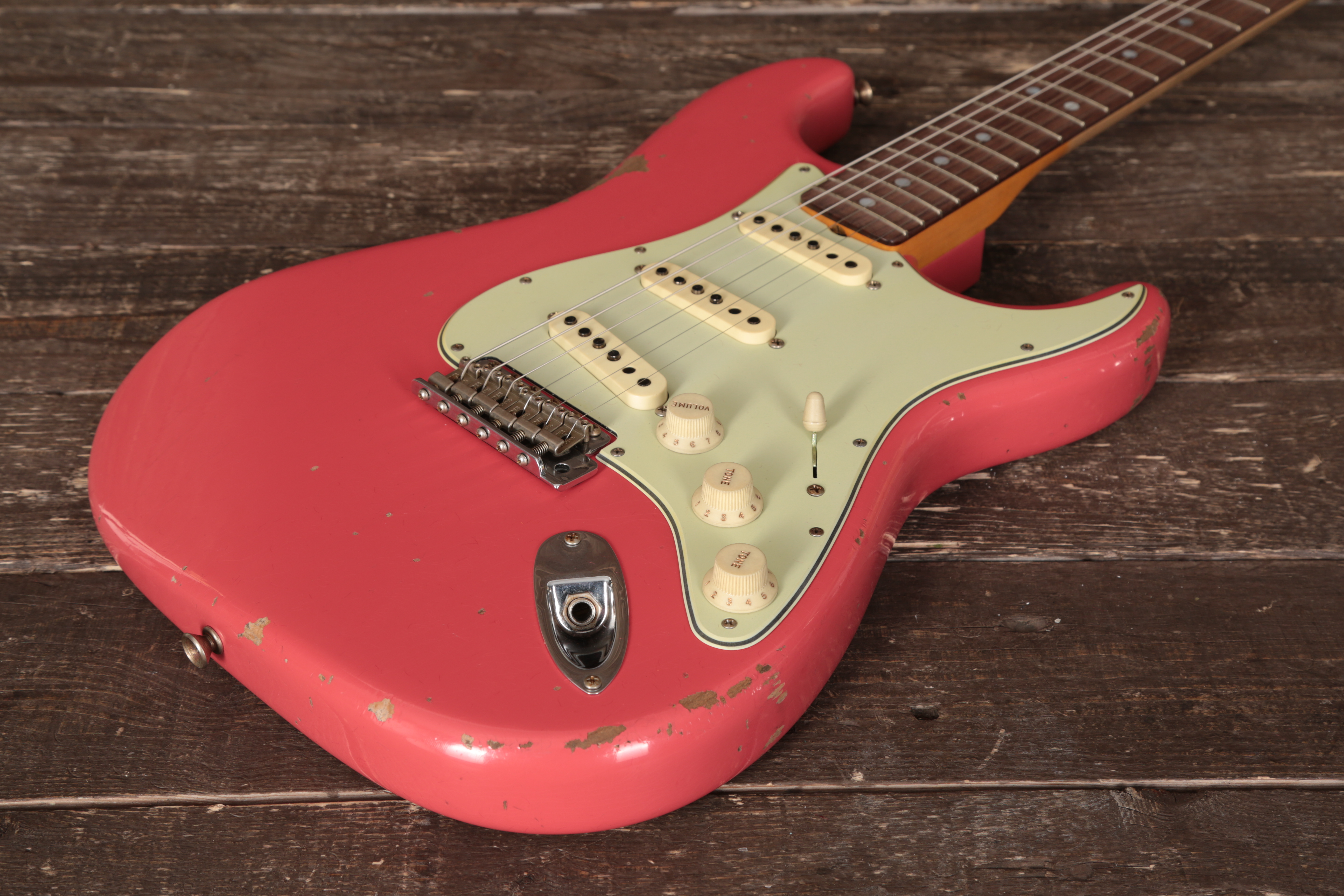 The pickups remained in the same single coil configuration but could now feed an even higher output. Overdrive became a staple in guitar music.

The sixties also saw the introduction of a new “C” shape neck, which has influenced the vast majority of modern guitars. Most guitarists agreed it was a step in the right direction in improving how the guitar handled. This was also helped by the flatter 9.5-inch radius fretboard. 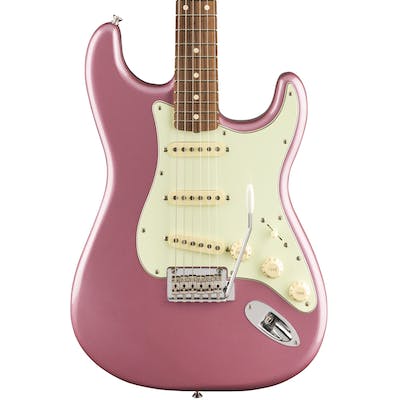 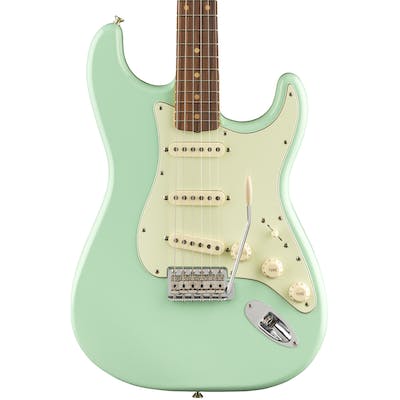 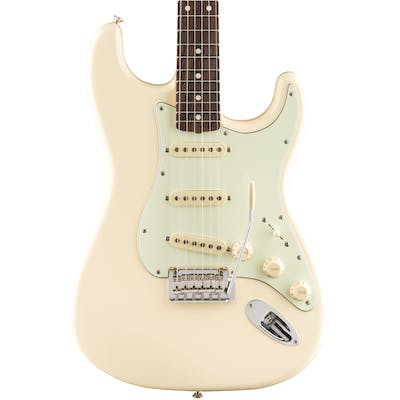 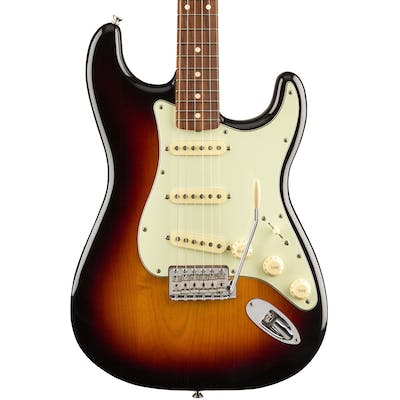 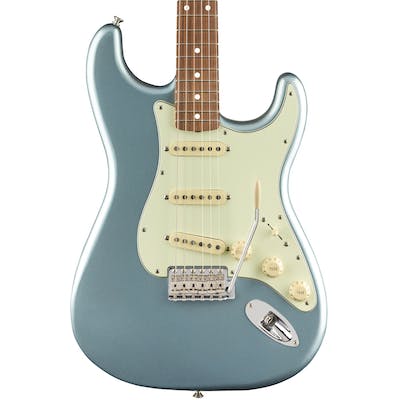 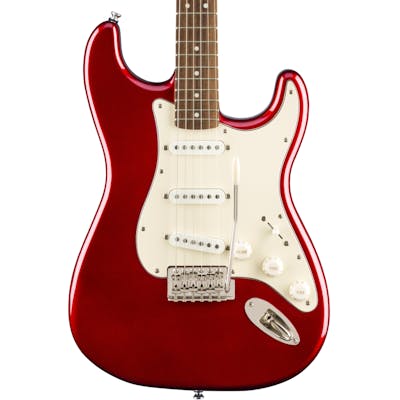 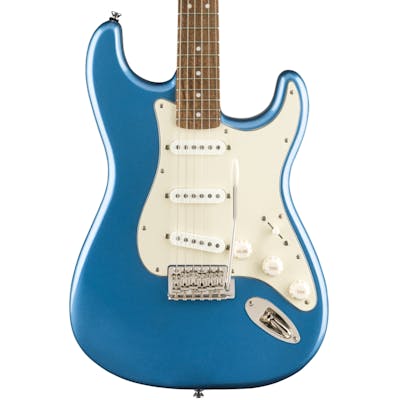 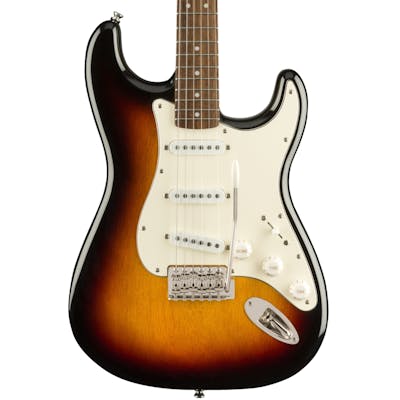 The seventies were a strange time for Fender. Founder Leo Fender sold the company to CBS in 1965 and by the turn of the decade the broadcast network were heavily influencing the production of guitars.

This is where we find the biggest diversion in Strat specifications. The nitrocellulose finish was replaced by polyurethane, the celluloid pickguards transitioned to ABS or vinyl and clay dot inlays were switched out for pearloid. Even the bodies were less curvaceous than before. Other notable features include the oversized headstock and slightly chunkier ‘C’ shape neck, which on later models became more of a “U”.

For the first time, you could get a Strat with a humbucker pickup in an HSS configuration. It lent itself to the increasingly higher levels of gain in growing hard rock genres. Lots of players would consider this the optimal pickup layout. 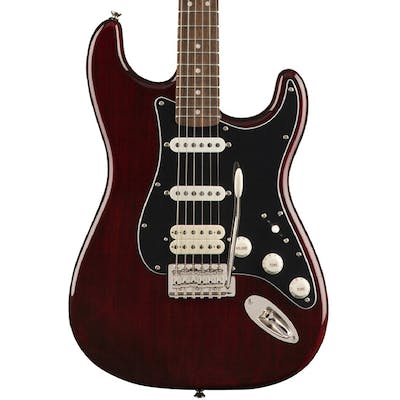 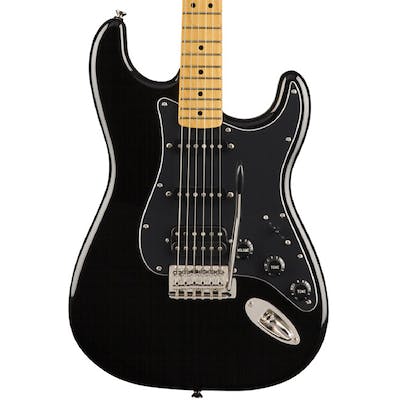 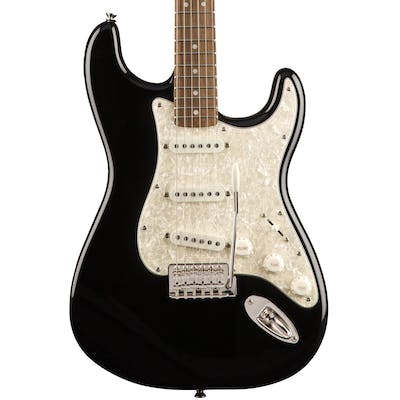 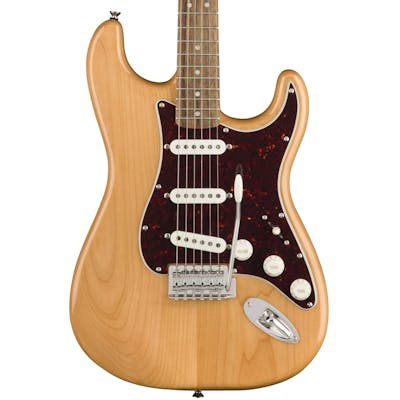