Many a guitarist reveres the iconic Les Paul and dreams of owning one – but it's not as simple as picking any old model off the shelf. The Les Paul differs from range to range, and it's certainly the case with both Gibson and Epiphone LPs styled after the first two decades of the guitar's production.

Early era Gibson Les Paul guitars are synonymous with rock and blues. There’s a long list of great guitarists championing the legendary LP: Jimmy Page, Slash, Ace Frehley, Gary Moore and Peter Green, just to name a few. The underlying link between each of these players, in particular, is that their favourite Les Pauls were made in the 1950s and 1960s. Some of them opted for the classy style and smooth tone of ’50s models, while others preferred the streamlined, more aggressive sound and feel of the ’60s.

Les Pauls made in those first two decades underwent a lot of changes in a very short space of time. Each instrument back then possessed a unique quality depending on the year it was made. It’s one reason why original LPs are now valued so highly. Nowadays, Gibson and offshoot company Epiphone make Les Pauls based on both ’50s and ’60s iterations, picking out the key features in order to create the ultimate homage to the instrument. 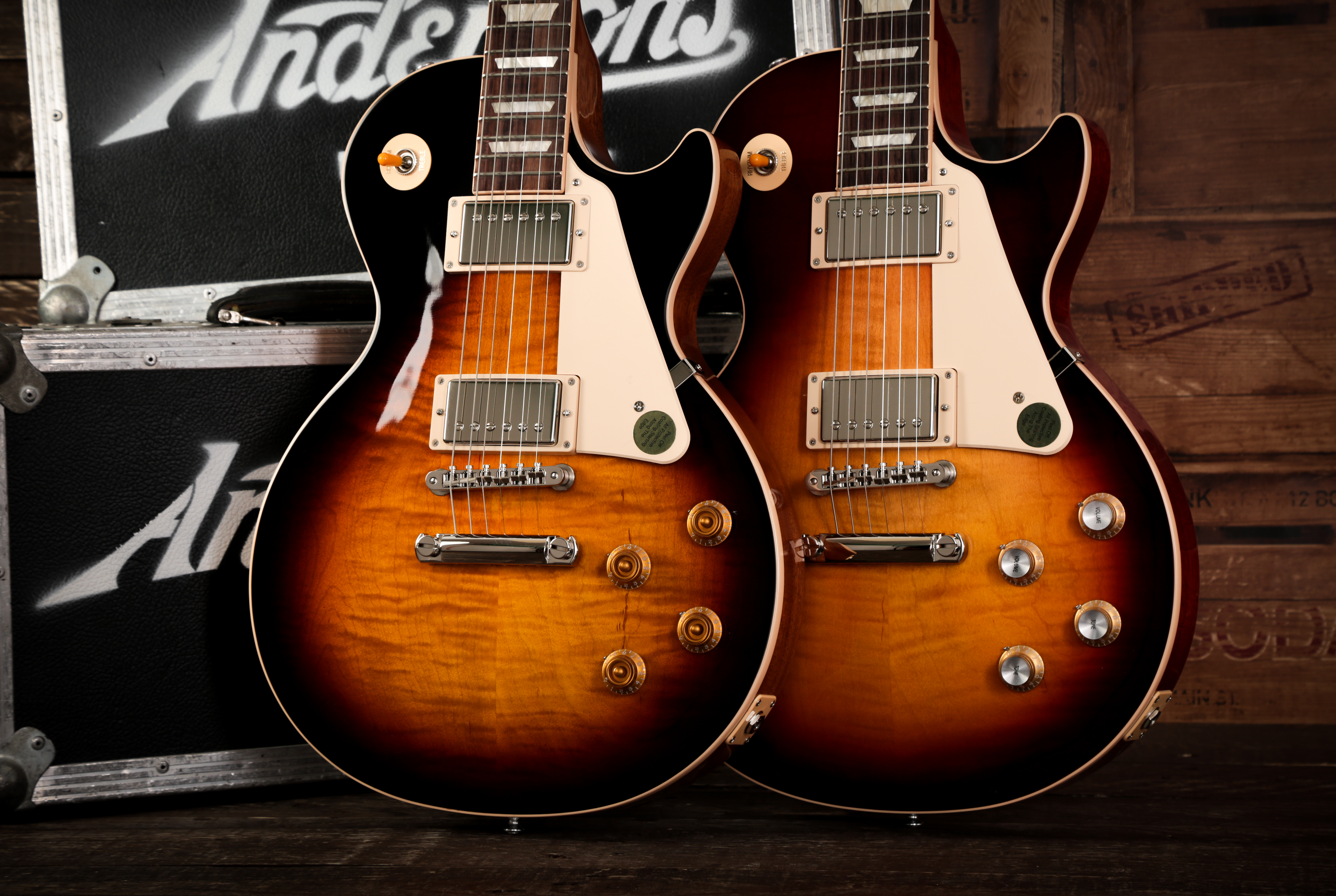 Why did the Les Paul design change so often?

Guitar builders were still coming to grips with what construction features worked best for an electric guitar. Discovery and increased production were rapid, and we’ll see as we dive into more detail, the design gradually became further refined, sleeker and suited to the boundary-pushing styles of the time. On top of that, those early guitars were made by hand – so each one felt and sounded different as builders chose the hardware and electronics they liked to use.

The Les Paul of the 1950s was a revelation. It standardised a number of key features that still influence a vast amount of guitars made to this day. These include humbucker pickups, a 24.75-inch scale length, a three-by-three headstock, mahogany wood bodies and necks, rosewood fingerboards and fixed bridges.

What separates a ’50s Les Paul from its 1960s evolution, however, are a few features correlating with the time of production. Guitar music was mainly focused around clean tones and a smattering of saturated tube amp drive. That’s why the Les Paul began life with soapbar P90 pickups. These single coils create a much thinner, raspier sound than the humbuckers introduced towards the end of the decade. Even then, the first lot of PAF humbuckers were low output and produced the quintessential vintage tone. You’ll find both options in the Gibson Standard range.

The ’50s Les Paul also feels different to play than its successors. The neck is large and deep in an old school Vintage ’50s profile replicated for the modern Gibson Standard guitar. Style plays a big part too, as the ’50s models were topped in a simple, yet elegant maple wood or famous flat Gold Top. The control knobs and tuners are also unique to the guitar. 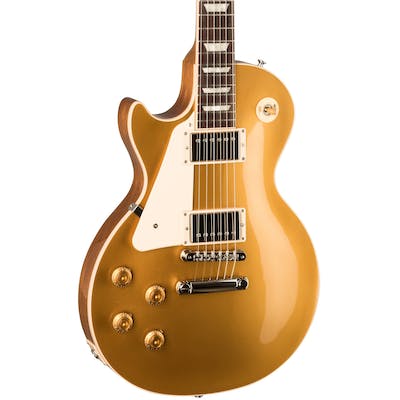 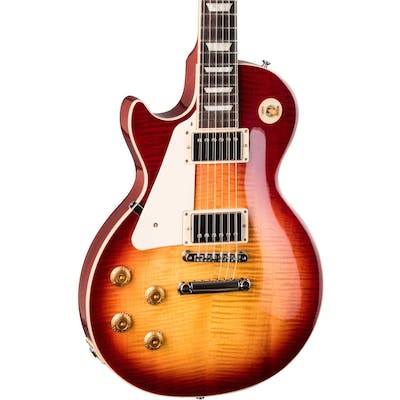 Rock music came to the fore as a mainstream genre in the sixties. Gibson were the brand leading the charge alongside the likes of Marshall and Fender. Grittier, crunchy tones became commonplace and Gibson were focused on getting the most out of this new and exciting sound with a hum-cancelling humbucker design. They also improved the ease of which players could manoeuvre round the fretboard. Guitar playing itself became more technical in the form of quick legato and arpeggio, and Gibson were the ones making the changes to accommodate it.

That’s where the ’60s Standard came in. This fiery “new and improved” model had a much thinner neck, which would feel far more familiar to most modern guitarists even today. The other major change came in the form of alnico V magnet pickups, digging in with a sharper attack, punchier midrange and slightly more clarity. These changes are reflected in contemporary Les Paul Standards with a Slim Taper neck and Burstbucker 61 R and T humbuckers.

In the style department, the ’60s model added a fancy new flamed maple top. Although the previous ’50s guitars featured some slight maple figuration, the flame here is extra striking and what most players picture when imagining the definitive Les Paul. To match the hot-rod look, the production ’60s Standard comes equipped with silver Grover tuners and silver top control knobs. 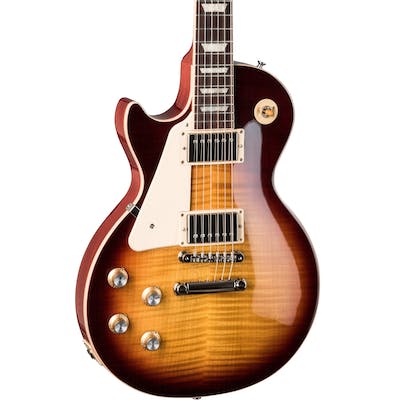 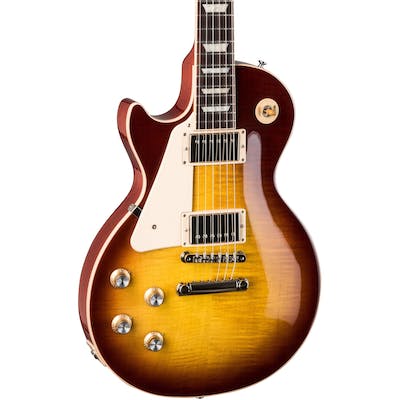