Aston Stealth vs. Shure SM7B vs. Neumann U87 – most versatile recording microphone?

With the release of the Stealth, Aston have made it clear that they’re not afraid to push boundaries. But can this new kid on the block take on two titans of the microphone world? In this article we compare the Stealth with Shure’s SM7B and Neumann’s U87 AI.

Microphones often have their own signature applications. The Rode NT1-A is synonymous with great vocal recordings, while the Shure SM57 is known for capturing the raw, up-front sound from a guitar cab. Every now and then, however, you get a microphone that does it all – and pretty darn well at that.

The Shure SM7B is considered a modern classic. Known for its handy design, it’s a popular vocal and guitar microphone, but does just as well up against an acoustic piano, a drum kit, a brass section – the list goes on. The fact that it’s affordable only adds to the charm. Similarly, Neumann’s U87 dynamic mic has a reputation for a broad yet crystal-clear sound which has cemented it as a firm favourite among professionals worldwide.

Then there’s the Aston Stealth. This revolutionary microphone has been designed to seamlessly switch between popular voices, and comes with a selection of innovative features that make it a truly formidable new entry to the field. Let’s see how the specs compare to the classics…

Aston vs. Shure vs. Neumann 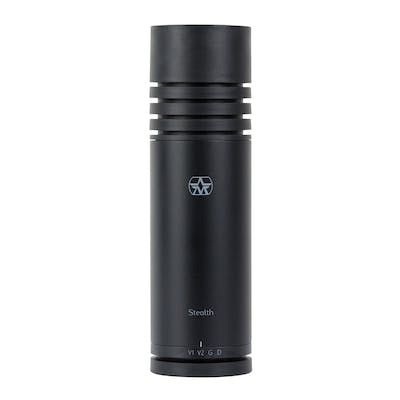 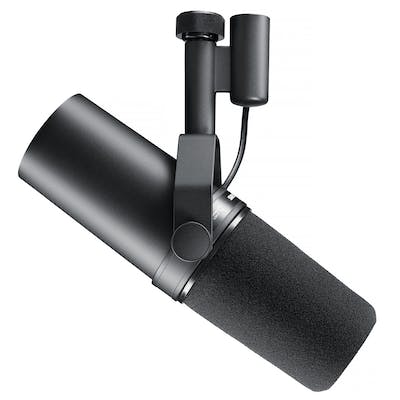 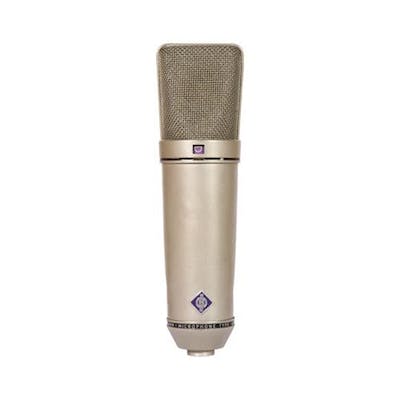 The SM7B is a modern musician’s staple. As mentioned above, it’s earned a reputation as a sturdy vocal microphone (great for rock and metal musicians), as well as an excellent instrument mic. We use a couple of them in the Andertons TV studio!

Its wide range frequency response and smooth sound also makes it a popular mic for speech – it’s often used for numerous broadcast applications. Its built-in bracket and pop-filter, as well as its presence boost feature, make it one of the most useful mics on the market – and who can argue at such a sensible price point?

The U87 is generally considered microphone royalty. Highly regarded among musicians, producers and engineers alike, it has a reputation for detailed, dynamic sound that slots seamlessly into any mix. The fact that it’s still a studio mainstay 50 years after its introduction speaks volumes.

Its versatility and fine-tuned sound have not only earned it a great reputation; the U87 is an award-winner. Three polar patterns plus pad and low cut controls ensure that it still holds its own even against cutting-edge competition. Being the most widely used studio mic across half a century, it comes with a premium price tag – but many argue that it’s worth every last penny. Gold standard!

Never ones to shy away from innovation, Aston have pulled out all the stops to ensure that the Stealth is a force to be reckoned with in the microphone world. With a slick yet rugged cardioid design, it too is designed for everything from vocals to acoustic piano – in whatever environment you need.

Its real party trick, however, is its selection of voices. The Stealth boasts 4 switchable voices that allow you to hone in on the exact sound you’re after:

Make no mistake: this is 4 microphones in one. It doesn’t end there either – a built-in Class-A mic pre offers a hefty gain lift when used with phantom power, meaning no need for external signal boosting. This adds a level of tonal richness seldom found in a mic at this price point. Built-in shock absorption completes the picture – a truly innovative piece of kit for a stunning price.

The Aston Stealth on Andertons TV

The Stealth is a recent competitor in the microphone arena. The guys in the video studio couldn’t resist making some videos when they got their hands on one – check them out below!

As stated earlier, these three mics have one thing in common – versatility. It’s the price point that sets them apart; the U87 is premium, the SM7B is reasonable and the Stealth is pinch-yourself affordable. But while the U87 is considered a gold standard the world over, the SM7B is a modern, streamlined equivalent that puts quality, accessible sound within reach of every musician. The Stealth, on the other hand, tips the formula on its head. This is state-of-the-art versatility for the masses – out to change the game.

Enjoyed reading this article? Check out the rest of our Learn content while you’re here!