What are Fender FSR Series Guitars?

Fender are every bit the same boundary-pushing company as they were in the 1950s, and their FSR Series is the proof. You’ve no doubt seen Fender’s extensive standard guitar ranges, as well as all their amps and pedals — but they’re a creative bunch and like to spice up those stock designs from time to time. FSR is where they bring their coolest ideas to life!

FSR stands for ‘Fender Special Run’, and it does exactly what it says on the tin. The Fender team switch out the components of their classic instruments with fresher, unique features. Where your run-of-the-mill Player Strat consists of a “C”-shaped maple neck, alder body and stock pickups, an FSR equivalent might opt for a “U”-shaped neck, basswood body, hotter vintage pickups and a drippy new finish.

All FSR models are made in limited quantities, making them extremely desirable. Who wouldn’t like to own one of only a handful ever made? If you spot one you absolutely must have, don’t wait to make the leap. There’s a good chance Fender won’t make the same model twice.

What makes FSR so special?

Sometimes FSR equates to a straightforward, yet glitzy paint job. Other times, it’s the full “pimp my ride” treatment; adding fancy extras like a Bigsby tremolo on a Tele, making use of third-party pickups or crafting guitars out of exotic woods. You’re in the right place if you want something different to the norm.

You’ll also be pleased to know that FSR isn’t restricted to just the big names like Strats or Teles — or even Fender for that matter. You’ve got FSR Precision and Jazz Basses, Jazzmasters, acoustics and even ukuleles. FSR amps are also a popular choice, especially considering the sheer amount of legendary combos Fender have released over the years, ready and waiting to get a nice spruce up. The Princeton, Bassbreaker, Blues Jr and Hotrod are prime candidates for year-specific specs and glamorous new tolex and grilles. Offshoot entry level brand Squier also have their own line of FSR for those on a smaller budget! 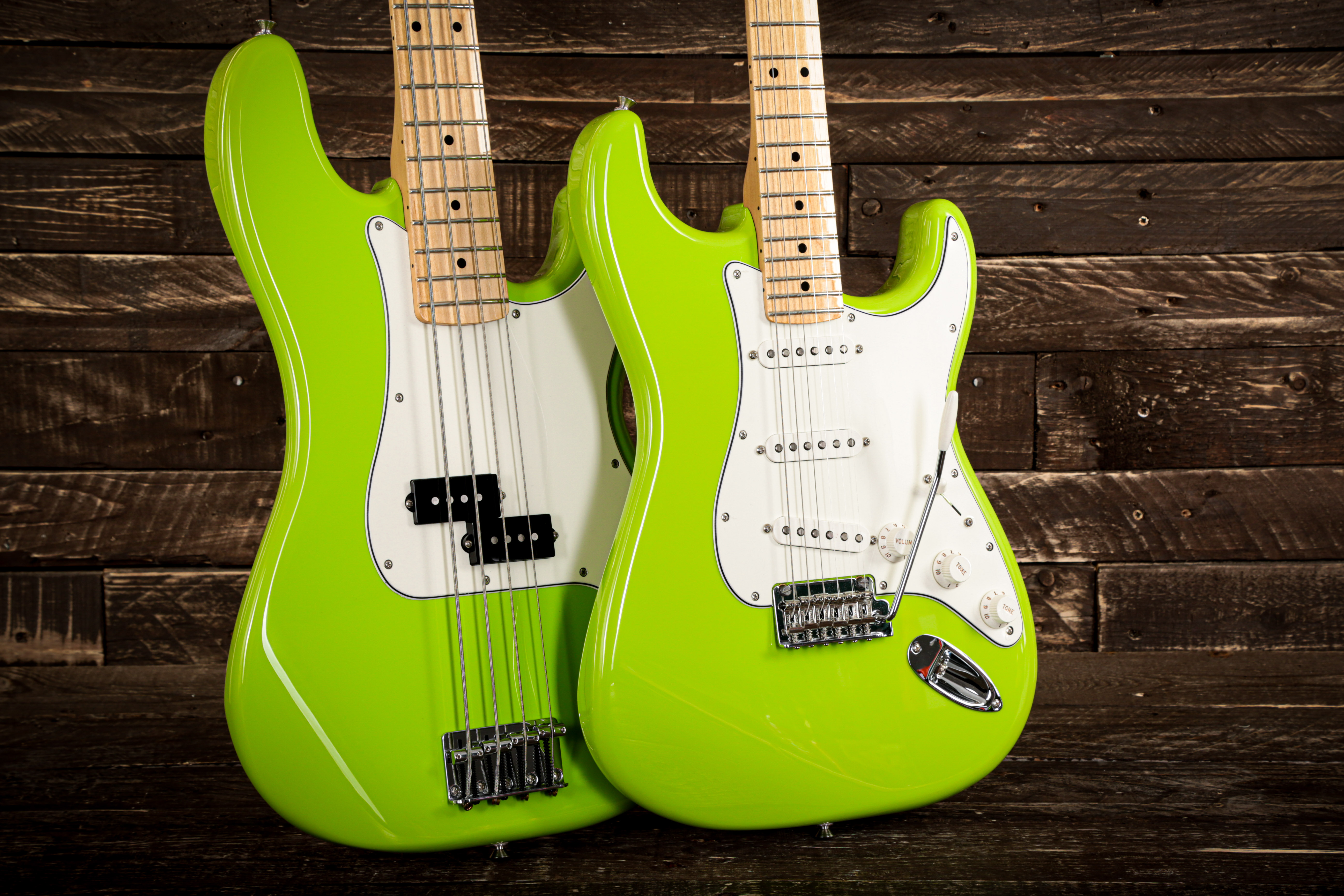 Andertons are lucky enough to take on a number of luxurious FSR guitars. We get to choose from a spectacular array of instruments; some with minor tweaks and others that genuinely blow us away with their new features. Keep tabs on our Fender FSR range for the latest releases. For now, here are some of our favourites.

At the top of Fender’s tree sits the American Ultra Series. The ultimate modern Fender guitars, Ultras boast the latest in hardware, electronics design and of course outstanding build quality. With the FSR models, you’ve got three new finishes to feast your eyes on. All come with anodised gold pickguards and luscious Ebony fingerboards. Absolute stunners.

Andertons Music Co. often collaborates with Chicago Music Exchange, bringing you some of their coolest limited edition gear to this side of the pond. We’ve teamed up with the American retailer and Fender once again to unveil three FSR Acoustasonic Series models in a splendid Shell Pink finish — available exclusively between us!

MIJ stands for ‘Made in Japan’. That’s right, Fender don’t just operate in the USA and Mexico, but in Eastern Asia too. Retailers outside Asia regularly buy up any overflow of MIJ models, which is why you’ll find these specimens on the other side of the world to where they originate. They’re usually priced in between Fender’s Mexican-made instruments and the American Professional II range.

It’s important to note that MIJ instruments are not FSR and do not have one-off features like their FSR counterparts. They adhere to the standardised specs in Japan. MIJ might be a bit different to what we get in Europe and America, but they’re not technically limited run.

The Asian market-preferred specs make Fender MIJ instruments very special. These include the likes of a far more common U-shaped neck and exclusive colours and materials. The woods used are dependent on the species farmed in the region and naturally look different to those from Europe and America. 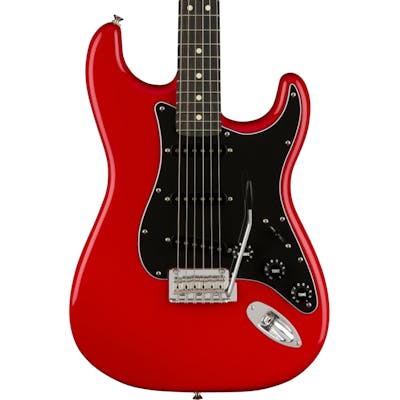 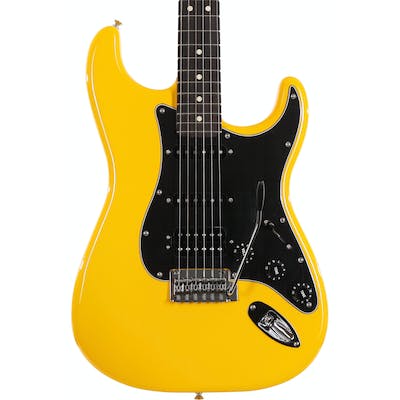