How Do I Amplify My Acoustic Guitar?

If you’re an acoustic guitarist or singer-songwriter keen to play live, you’ll need to find a way to amplify your acoustic guitar. This is important because if your audience can’t hear your music, you’ll never get anywhere!

Fortunately for you, there are a few ways that you can do this. In this article, we suggest the best methods for turning your electro-acoustic guitar up to 11.

It’s funny, but acoustic guitars are fairly synonymous with the term ‘unplugged’. Whether you’ve seen footage of Kurt Cobain strumming his Martin D-18E at Nirvana’s infamous MTV Unplugged performance, or been present at any gig where an acoustic guitar is being played, in most instances they will be plugged in and amplified.

So in this article, we’re going to help you identify which approach is best for you when it comes to amplifying your acoustic guitar. Whether you’re a backing acoustic player or a fully-fledged singer-songwriter, you’ll discover why the right choice could take your music to a whole new level!

What is an acoustic guitar amp?

Acoustic guitar amplifiers are similar to electric guitar amps in terms of their purpose. But when it comes to how they sound, they are a lot different. Instead, an acoustic amplifier will be optimised to the tonal qualities of your electro-acoustic guitar’s pickup system.

This is so that the character of your acoustic is translated well to your audience, for more authenticity. Therefore, an acoustic guitar amp can enhance the tone of your instrument. For example, if your electro-acoustic has a fairly anaemic-sounding pickup, an acoustic amp can really spruce up its tone.

One of the main ways to do this is via EQ. Like their electric counterparts, acoustic amplifiers will typically feature an EQ section. This allows you to boost and cut key frequencies in your guitar’s spectrum of sound. Ultimately, this is so that you can tailor its tone to suit a particular venue or space. For example, if your electro-acoustic projects a thin sound, you can compensate by boosting the lows on the amp. This will give a more natural sound and an improved frequency response.

Acoustic amplification is therefore great for giving you direct control over your sound. But it doesn’t end there. You’ll also find that many acoustic amps will feature a second channel with an XLR mic input. This means that you can use one channel for your acoustic, with the second available for your vocals or another instrument.

Some of the best acoustic amps will also boast built-in effects, such as reverb and chorus. Reverb adds ambience to your sound, to give it space, warmth and character. Chorus is a modulation effect, that can make your acoustic sound almost like a 12-string guitar. Effects like this can really embellish your overall sound, for a more professional and studio-esque vibe.

Why should I buy an acoustic guitar amp?

From those main qualities that we’ve identified, an acoustic guitar may sound like an appealing choice. They are great for smaller pub gigs, where pure volume isn’t such a factor but quality of sound is. Control is therefore their main benefit, as they give you more flexibility than PA systems, which aren’t optimised to any particular instrument.

Having said that, the majority of acoustic guitar amps will feature a DI output, which means that you can plug them into a PA system if you need to. This means that you can still easily get a consistent and malleable sound, while projecting more volume to fill a larger venue.

But if you want to avoid lugging around both your guitar and an amp, especially if you rely on public transport, the temptation to trust that a venue’s PA system is good might be the difference between buying one or not. Speaking of PA systems, that brings us nicely onto the next section…

What is a PA system?

A PA system is a set of high-wattage speakers that amplify the sound of one or more instruments. Standing for ‘public address’, PA systems are used to project audio that can fill medium to large spaces, from function rooms to stadiums. Frankly, PA systems are everywhere, and ultimately they are employed to deliver high-quality sound to an audience.

While acoustic amps are fairly specific, PA systems can come in all shapes and sizes. From compact systems all the way up to comprehensive multi-speaker and subwoofer PA system packages, most traditional PA systems are formed from two speakers, to create a ‘stereo field’. This yields a three-dimensional and immersive sound, giving you the ability to pan instruments left, right or centre.

The panning positions, volumes and EQ settings of instruments run through a PA system are controlled via a mixing console. Usually featuring a number of channels, live mixers will feature mic and ¼” jack inputs for microphones or line-level instruments, like electro-acoustic guitars.

You’ll find that most PA systems will feature active speakers, however a passive PA system will require a separate power amplifier in order to project audio. This is something that you shouldn’t worry about too much, as most modern PA system speakers are active and therefore have their own built-in amplifiers.

Should I plug my acoustic guitar direct into a PA system?

Most pubs or music venues will have their own house PA systems. So if you’re a singer-songwriter looking to join the circuit so to speak, turning up with just your guitar and a mic may be enough for you to perform. But that isn’t always a great idea…

Although travelling light is great, relying on the quality of the PA system at a venue can be problematic. This is because, frankly, you never know what you’re going to get! Some venues may have a brand-spanking new system that sounds awesome, however there will inevitably be some that use old and tired systems that sounds awful. Basically, putting your faith in the quality of a venue’s PA system will yield unpredictable and inconsistent results.

So, if you’re very particular about your sound, we’d recommend against this. However, you also have to consider the quality of your electro-acoustic guitar’s pickup. For example, if your instrument has a cheap and poor-sounding pickup/preamp, then no matter how good the PA you’re plugging into is, it’ll still sound brash and unnatural.

But on the flipside, there are some excellent acoustic pickups and preamps out there. A lot of them even feature built-in tuners and EQ controls, for on-the-fly tweaking. With many acoustic companies using electronics from reputable brands like LR Baggs and Fishman, you’ll struggle to find a modern mid-priced electro-acoustic that sounds bad when plugged in direct.

So overall, this method is advantageous if you want a portable and cheap setup. However, like we said, unexpected audio quality from venue-to-venue could mean sounding amazing one night and crap the next. Of course, you could just buy your very own PA system. And that takes us onto our next segment.

What is a Portable PA system?

In this context, a portable PA system is the perfect middle ground between an acoustic guitar amp and a full PA system. And it’s exactly what it says on the tin. A portable PA is a compact and more streamlined system, usually made up of two small 8” or 10” active speakers and a mixer.

However, some forward-thinking companies even integrate mixers into their loudspeakers for a more ergonomic design. The Yamaha Stagepas portable PA system is a prime example of this, allowing you to remove the mixing console from the rear of one of the speaker enclosures.

But there are also the ultra-contemporary column PA systems out there too. Comprised of a subwoofer base with two top-mounted cylindrical speakers, these form a slim and space-efficient setup. These systems are truly deceiving, as they still project plenty of volume and detailed audio. Bose are the class-leaders with their L1 systems, however Electro-Voice’s Evolve series is also noteworthy. 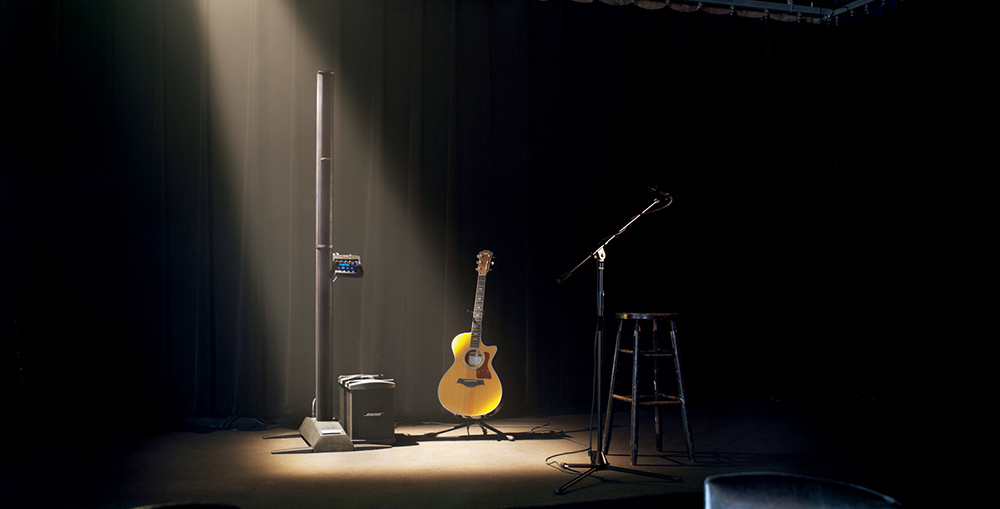 Why should I buy a portable PA system?

If you’re a self-sufficient musician looking for an all-encompassing and manageable live rig, a portable PA system is the perfect compromise. Giving you more volume over an acoustic amp, a portable PA system will suit medium-sized venues very well. They also have the ability to amplify several instruments, which is great if you’re in a band.

Not only that, but you’ll achieve a consistent sound as you’d know what to expect from your speakers. Although they’re less flexible than acoustic amps in terms of EQ and effects, portable PA systems are far more powerful. The only disadvantage is that a portable PA can still be quite a lot to transport. Plus, the better systems are pretty expensive.

What is an acoustic preamp pedal?

This is our final contender. Acoustic preamp pedals do not produce sound alone as such, but they are viable alternatives to acoustic amplifiers when used in conjunction with PA systems.

Packing amp sounds into pedals is a trend that has taken the electric guitar world by storm in recent years. Letting players have their core tones at their feet, this idea has inspired brands to make them for acoustic players. Typically, an acoustic preamp pedal will usually feature a powerful onboard EQ as well as a gain control to manipulate the input level of your acoustic guitar.

With one of these, you can have versatile control over your acoustic guitar’s sound before it reaches a PA system. The Boss AD-2 preamp pedal is an affordable and simple option, while their AD-10 is far more comprehensive with built-in effects and even a looper!

Why should I buy an acoustic preamp pedal?

Acoustic preamp pedals will suit guitarists that are looking to keep their rigs portable, while having decent control over their sound. As many of these pedals are flexible, you can tailor your tones to the precision you’d expect from acoustic amps. And fortunately, these cost quite a lot less!

Therefore, if you’re a touring musician that relies on house PA systems, preamp pedals will help to compensate for any tonal deficiencies. You can’t always polish a turd though, as a bad PA system will be bad no matter what! However, these will take away some uncertainty.

From all of the methods that we’ve covered, it’s clear that you have quite a few different options. There’s no definitive right or wrong here, it’s just down to your personal preferences as a musician.

It’s clear that a dedicated acoustic amp will suit players that really care about their sound. Thanks to their flexible features, these offer the best amount of control. However, they are somewhat limited by their sizes, and are therefore optimally-suited to small venues.

Investing in a a full PA would be a stretch for anybody, so relying on house PA systems is understandable. However, to ensure that you still project “your sound” to your audience, an acoustic preamp will let you influence that to an extent.

But then again, a portable PA system is a happy medium between a full-sized system and an acoustic amp. It’s just whether you have the ability to easily transport your gear to gigs!

Over on our main website, we’ve got a plethora of different acoustic guitar amps and PA systems to check out! Make sure to also read some of our buyer’s guides for further shopping advice. 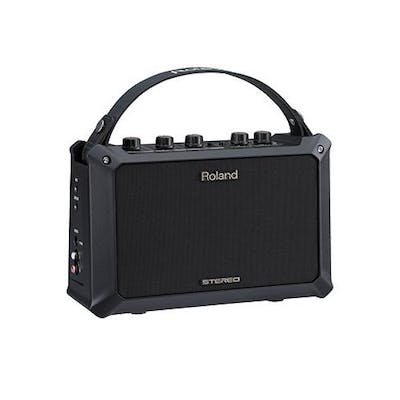 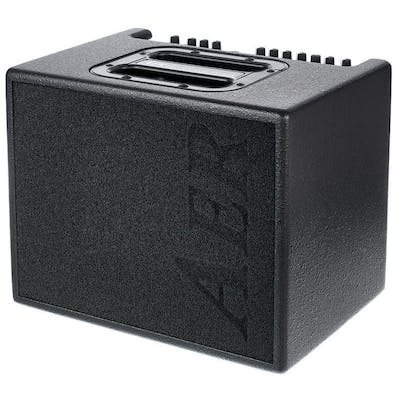 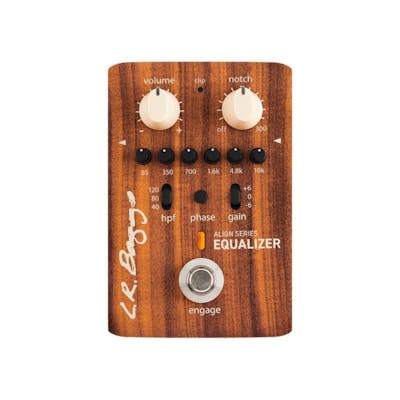 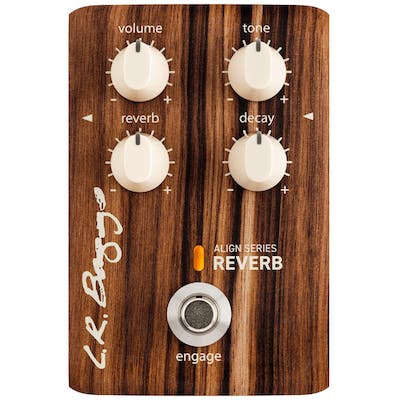 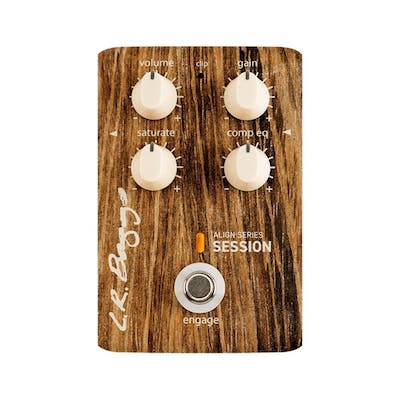 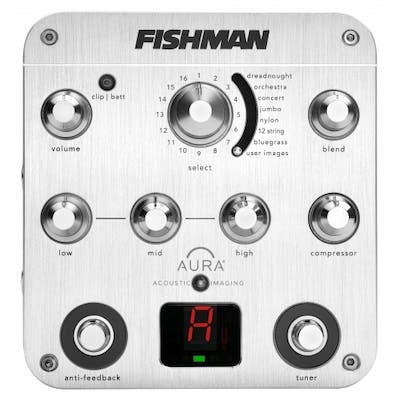 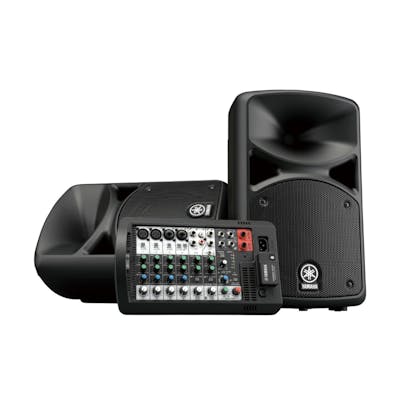 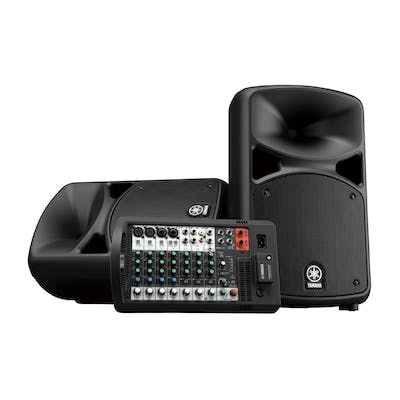 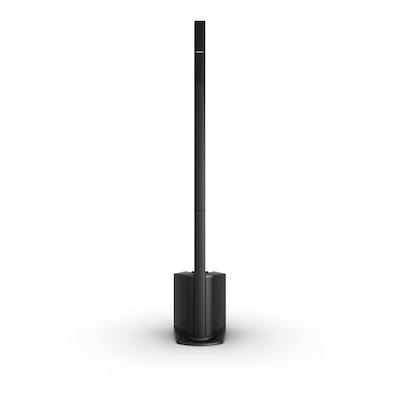 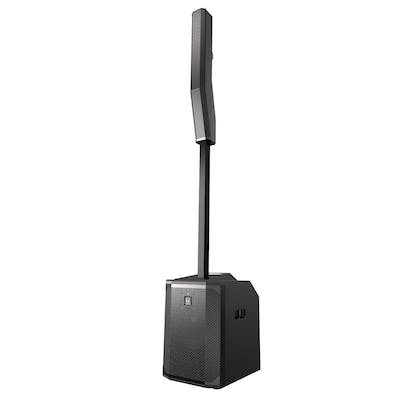 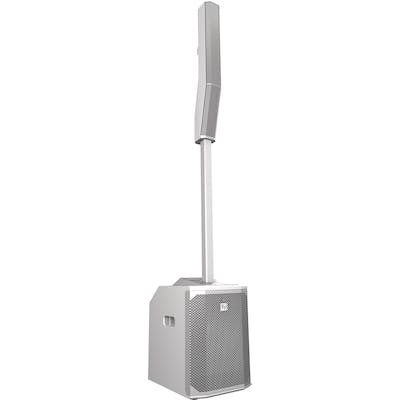 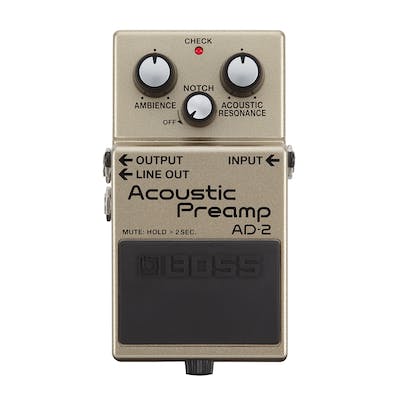 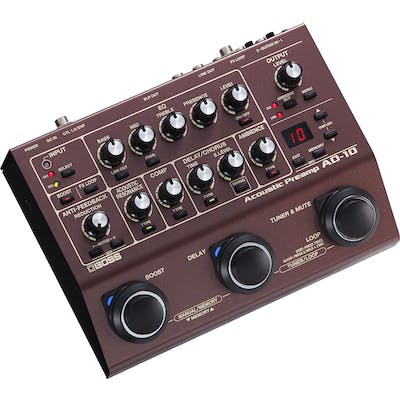 Elliot Stent
Elliot is a Senior Product Copywriter at Andertons, a guitarist and a YouTube gear demonstrator. Having studied Music and Music Technology, his interests lie equally in both performance and production. Favouring Fender instruments and Marshall amps, Elliot is also a pedal fanatic with a large collection of effects.
View Elliot's Profile