You've probably heard of the mythical Klon Centaur, most expensive overdrive pedal in the world. This is the story of how it came to be, what it does and how you can get one for yourself.

A History of The Mythical Centaur

No, this is not a history of the half-human half-horse from Greek mythology, but the pedal made by Klon Siberia’s Bill Finnegan (but probably with equally mythological status among guitar forums).

In the late ‘80s, Bill Finnegan was gigging bars and clubs in Boston, when he noticed that at smaller venues, sound engineers were asking him to turn the volume down. He played a Telecaster through a Fender Tweed Twin, and says that the “sweet spot” on the amp was around 6 or 7 on the volume. When he was forced to turn down to 3 or 4 he lost the harmonic richness of the amp.

To remedy this, he sought out a vintage TS9 Tube Screamer to replicate that natural tube distortion sound. However, “[The TS9] compressed the transient response of the original signal a lot, had a midrange character that I didn’t like, and subtracted a noticeable amount of bass response from the signal as well”, he told Premier Guitar in 2014.

Finnegan then set out to create an overdrive pedal that would bring the richness and dynamics of a cranked amp at lower volumes. Together with MIT graduate Fred Fenning, he sought to invent a new type of overdrive, completely different from the Tube Screamer. After several years in development, in 1994 he released the Klon Centaur Professional Overdrive, and was met with instant critical success.

Every pedal was built by Finnegan’s own hands and the circuitry remained a closely guarded secret as he covered every circuit board with black epoxy. This mythical circuit remained uncopied for over a decade until in 2008, its secrets were revealed to the world. 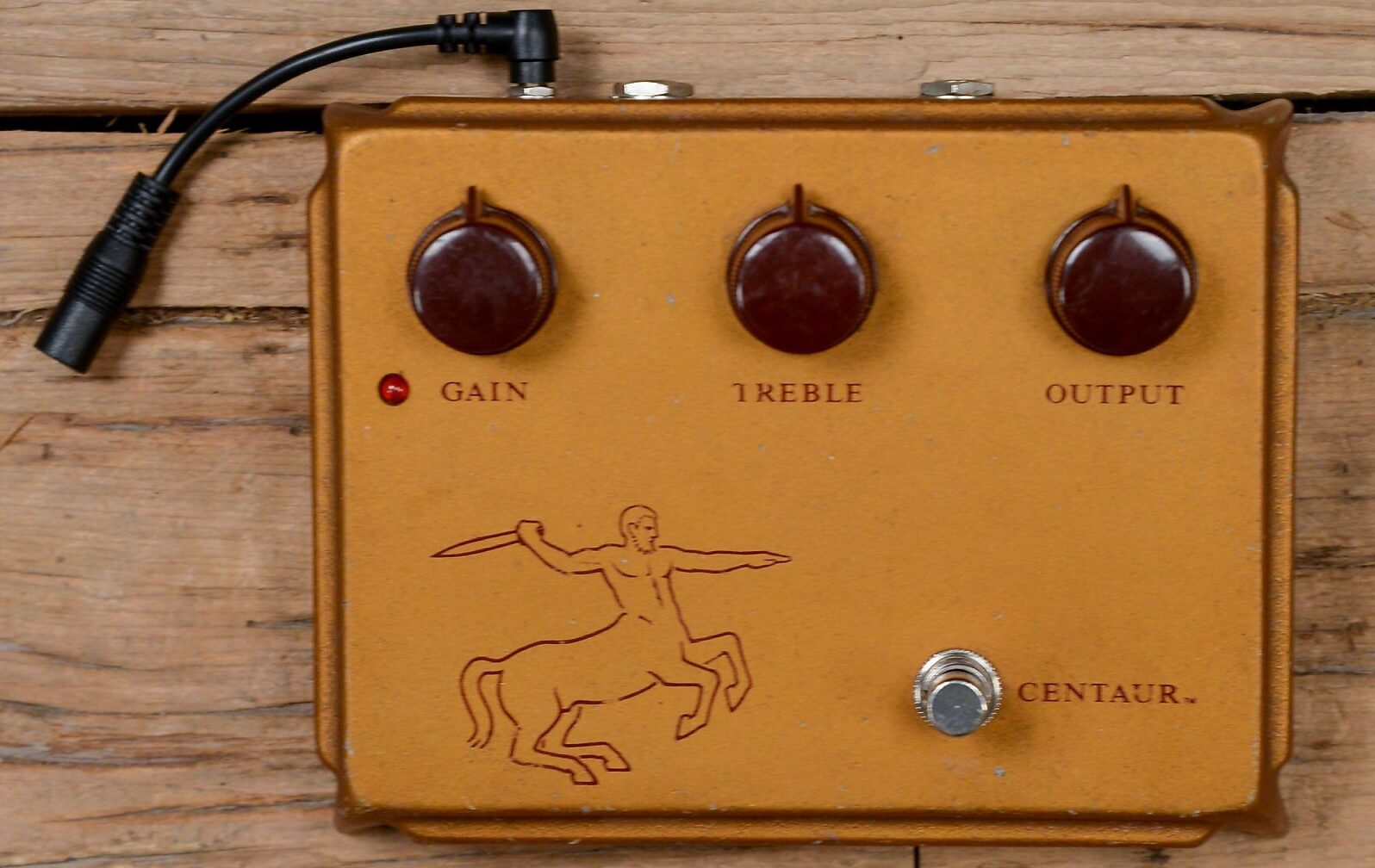 The Solution to The Tube Screamer

When the schematics appeared online, it was confirmed that the pedal was indeed a completely original design. The drive control contained a highly unusual blend feature that combined clean and overdriven signal, so at low gain it acted as a boost, but blended to pure distortion at higher gain settings. This fixed the compression issue Finnegan had with the Tube Screamer. With clean signal blended, the sound would retain the full dynamic range of the guitar. It also allowed for very natural picking dynamics, where the guitar would clean up by picking lighter and get grittier as you dig in, much like a valve amp on the edge of breakup.

Additionally, the pedal would convert the 9-volt power supply to 18 volts, thereby increasing the “headroom” (the volume level the sound can reach before it begins to compress and distort). The Centaur also contains germanium clipping diodes, as opposed to the cheaper and more common silicon diodes. Germanium offers a smoother and more harmonically rich distortion.

Another unusual feature of the Centaur is that it contains a “hard clipping” circuit, rather than “soft clipping”. Most overdrive pedals such as the Tube Screamer and the Boss Blues Driver are soft clippers, whilst hard clipping is usually used in high gain distortion pedals like the ProCo RAT or Boss DS-1 Distortion to achieve more distortion and harmonics. Because of this, the Klon has plenty of gain on tap but because of the blended clean signal, it never gets too harsh.

Finnegan’s other great contention with the Tube Screamer was its very distinctive midrange characteristic. His aim for the Klon was that when a guitarist found their sound in their guitar and amp, it “wouldn’t mess up what they already had and liked”. The Centaur is often described as a “transparent overdrive”, meaning that it doesn’t alter the characteristic tone of the amp. Although in truth it does have a slight mid-hump which will cut through the mix, not unlike a Tube Screamer. But in retaining the bass and increasing the headroom, the Klon has a far more natural and “open” sound, perfect for those who never got on with the Tube Screamer.

Finnegan stopped production of the Centaur in 2009, having hand-built an estimated 8,000 in its 15 years of production. Since then, it has become the most sought-after pedal in the world, finding its way into the hands of some of the world’s best guitarists – including Jeff Beck, John Mayer and Joe Perry. The Centaur regularly fetches over £3,000 on the second-hand market, and that figure continues to rise.

So unless you have a spare 3 grand lying around, you might be wondering how you can get your hands on a Klon? Since the reveal of the schematics in 2008, every major pedal company has tried their hand at a Klon “klone”. For between £100 and £250 here are some of the best klones available today: 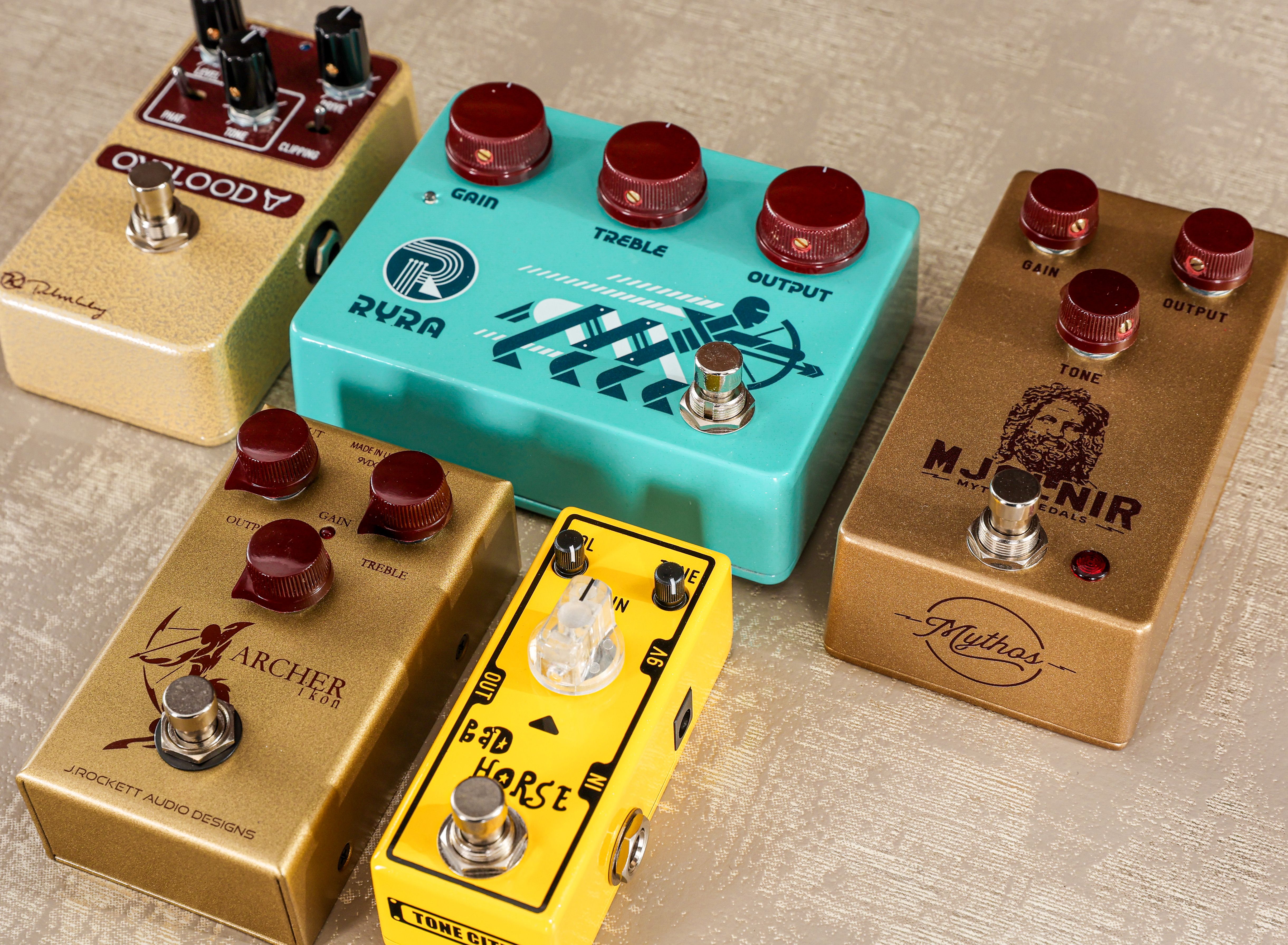 Brian Wampler is one of the best pedal builders in the industry, and his Tumnus brings the magic of the Klon with an affordable price tag and a pedalboard friendly miniature pedal. Or if you’re looking for ultimate tone shaping, the Tumnus Deluxe trades the traditional treble control for an independent 3 band EQ for limitless tonal possibilities.

If you want a klone that both sounds the part and looks the part, then the Ceriatone Centura is the one for you. As well as nailing that iconic Klon sound, it faithfully recreates the enclosure and knobs for the authentic Klon look – available in classic gold, silver, or purple for an update on the classic style.

Zach Broyles of Mythos is a relative newcomer to the pedal industry, but the Mjolnir fired him into the big-leagues. His tweaked version of the Centaur replicated the unmistakeable tone whilst adding clarity to the overdriven sound.

Ryra’s Shane Logan is a one-man band, building every pedal by hand, much like Finnegan’s original Klon. Also, like the Klon, The Klone can be bought in gold or silver, but also in black cherry or seafoam green. The design is very reminiscent of the Centaur, but in a smaller, more pedalboard-friendly enclosure.

The original Klon klone, The Archer was the first 100% part for part remake of the fabled Centaur and remains one of the best. The Ikon is a slight variant on the standard Archer, which has slightly more midrange compression and less presence for a smoother, less bright sound.

Founded by George Tripps in 1992, Way Huge was one of the forefathers of the boutique boom. So naturally, he took on the most famous boutique pedal of all. The Conspiracy Theory is widely regarded as a near-perfect replica of the Klon.

Robert Keeley is one of the most respected names in the pedal industry, with a track record for making exceptional pedals. Unlike most Klon klones, The Oxblood isn’t an exact clone. Instead, Keeley has replicated the transparent boost/overdrive tone of the Klon with his own original circuit. In his design he offers more versatility with 2 clipping options, for even more gain – verging on fuzz. It also contains a ‘phat’ switch to add a beefier bottom end to the tone. 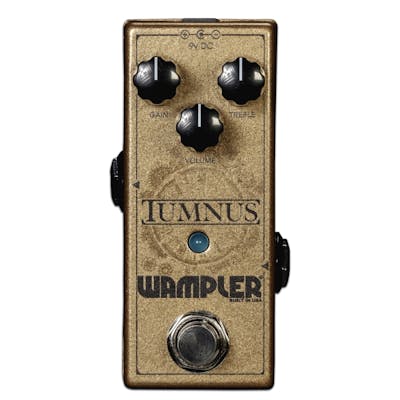 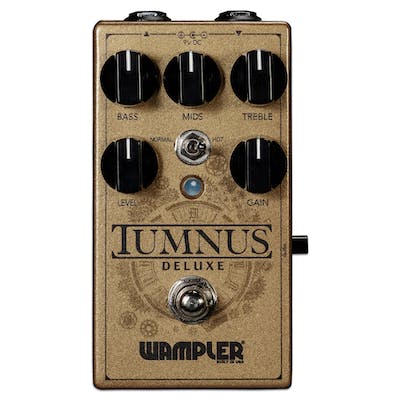 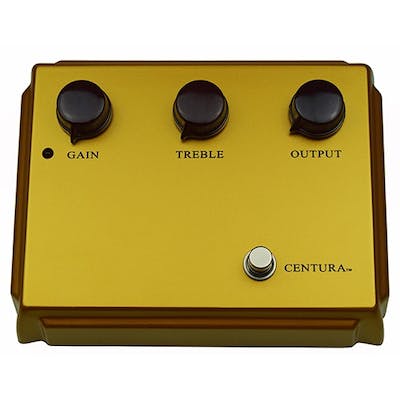 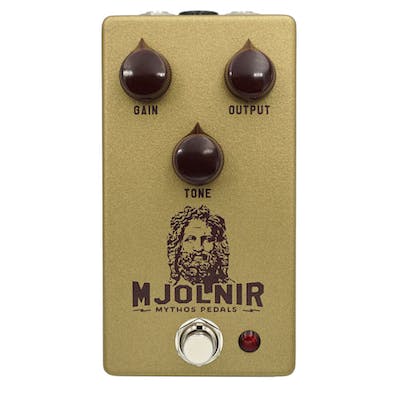 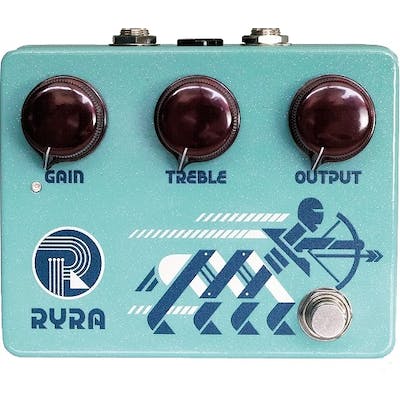 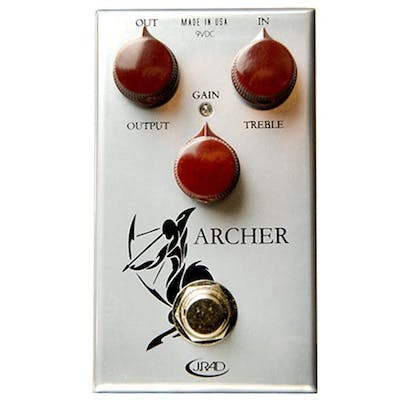 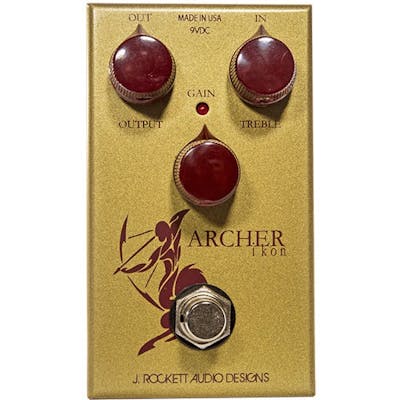 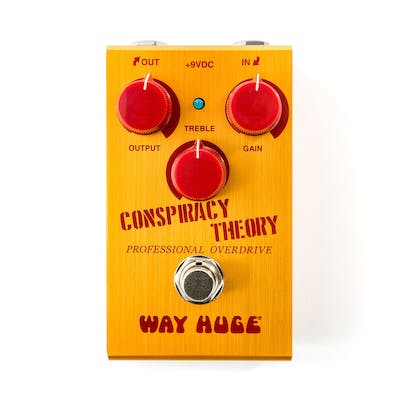 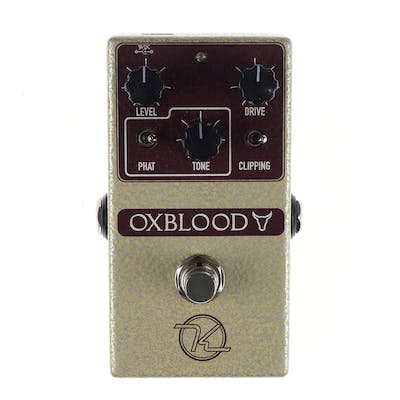 Electro-Harmonix are one of the kings of mid-priced pedals, combining quality, durability and affordability. The Soul Food is no exception, nailing the Klon tone for under £100 and is an Andertons best seller.

At under £40, The Bad Horse represents excellent value for money, making the legendary Klon sound accessible to anyone.

The brand-new Zeus is the newest addition to the list of Klon klones. It features the classic gain, level and treble controls with an additional ‘fat’ switch for a fuller bass response. Much like the Klon KTR (the machine built version of the centaur), it can be switched between buffered or true bypass to optimise your signal chain. It also boasts germanium clipping diodes like the original Klon, a feature you won’t find anywhere else in this price range! 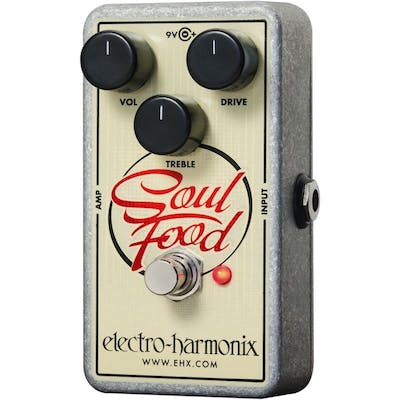 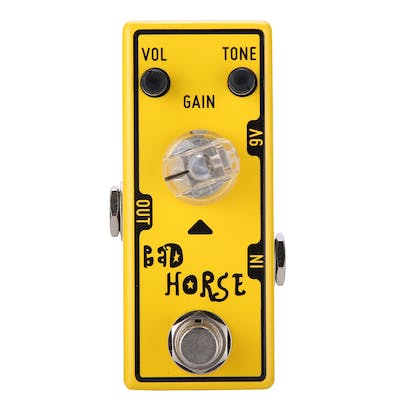 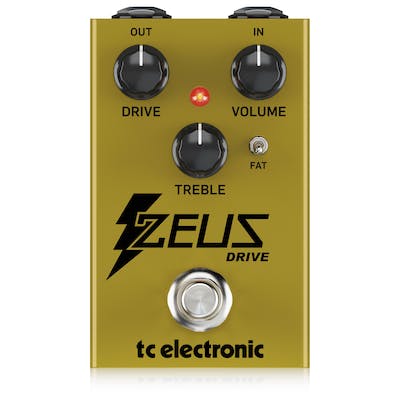 Bill Finnegan sought to reinvent the overdrive pedal to achieve a transparent tone, and (as the eBay prices will attest) he achieved it. But whether your budget is £40 or £4000, there’s a Klon out there for you, so go pick one up and find out for yourself what makes the Klon Centaur the most expensive pedal in the World.