Wattage vs. Volume – what’s the difference?

Have you ever wondered why some small valve amps sound louder than a high-wattage amp? There’s no voodoo magic going on here - it’s all good old-fashioned science.

We’re heading back to the classroom to learn the basic factors of what makes an amplifier loud.

Does more wattage necessarily provide a louder sound? Simply put, no. It’s the most consistent way to rate an amplifier, but not the most accurate or indicative of how loud it is.

To understand the concept of wattage, you have to know how wattage is calculated.

Amps (the amount of electricity) multiplied by volts (the pressure on the electricity) equals wattage. For example, the power outcome of a water wheel, be it milling or crushing, is the equivalent to wattage, while the amount of water is the amps and the speed at which it travels is the volts.

Compression plays a huge role in the volume of an amp. It applies to both human hearing and the amplifier itself.

The type of signal passing through an amp has an effect on the perception of how loud it is. If it’s a clean signal, it may sound quieter than one with compression, gain or distortion.

Tube amps are naturally highly-compressed, therefore have an immediate one-up on solid state amps. They’re also quicker to break up and become distorted as you crank the volume. This signal contains a lot of content, meaning it pushes a speaker and consequentially the air, harder. 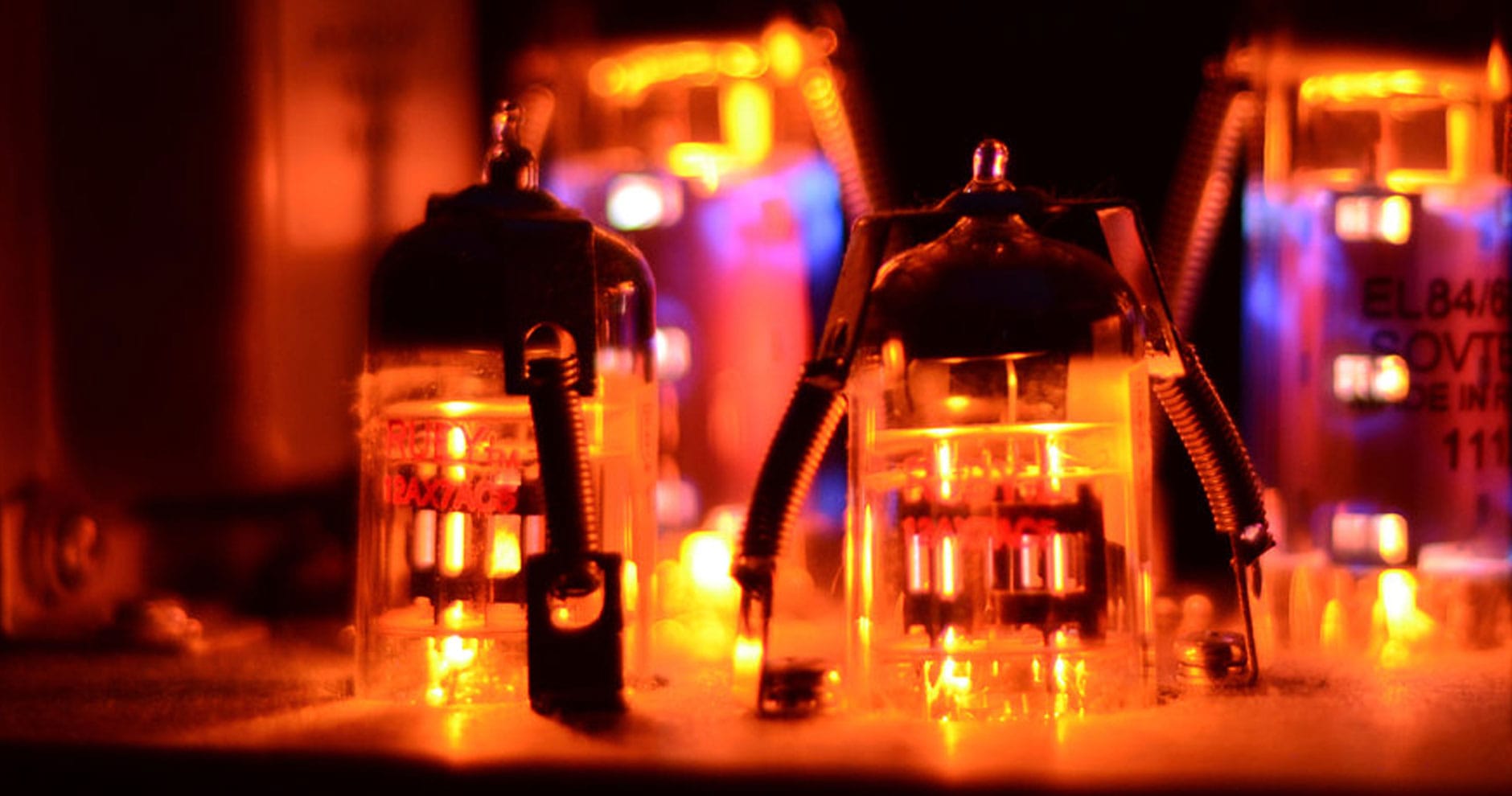 Human hearing, meanwhile, compresses high and low frequencies because our ears are only sensitive to a 20 Hz-200 kHz range. That’s part of the reason why we can stand a couple hundred metres from a jet taking off and we could hear ourselves clap.

Bass amps, in particular, require a higher wattage when compared to a guitar amp in order for us to hear it just as loud due to the low frequencies.

The size, quality, quantity and impedance of a speaker has a huge effect on the volume of an amp.

First off, if you match the impedance of an amp with that of the speaker, the amp is able to deliver its full power. Mismatching is okay to a degree, but probably won’t sound as loud.

In general, the more you pay for a speaker, the louder it will be. An inexpensive 12” speaker is usually rated at about 94 dB. A mid-priced speaker upwards might be 97 or even 100 dB. That’s double the volume each step, contradictory to the obvious number shortages.

Other variables include projection and dispersion. The more speakers you have, the more air they’re pushing and the louder it is. But if you’re on an open stage, they won’t sound as loud as they do if you’re in a small, enclosed room. The reverberation helps to redirect the sound waves back at you rather than disperse into open air.

There are so many factors that affect the volume of an amp or speaker, and that’s the main crux. Wattage is a nice tidy number but it isn’t wholly reliable. Pay attention to all the specs if you’re after a perfect amplifier solution.

Make sure you compare the RMS wattage of speakers instead of peak power when making a purchase. Speaker decibel sensitivity is important, but not always readily available.

A valve amp will be naturally louder than its solid-state counterpart due to compression. Solid state amps may will require twice as many watts to be perceived on the same level.

And finally, the venues you play will also make a difference to what you need. An open space requires more power to deliver loud volume, while enclosed spaces don’t need a huge speaker cabinet – especially if there’s a PA system.

If you enjoyed this read, check out more of our Learn articles.