What is Reverb in Music?

Are you a novice when it comes to reverb? Don't worry, we’ve answered all of your burning questions on this ambient effect in our extensive blog!

Reverb is one of the most versatile and common effects used in music. It enriches the sounds of instruments and vocals with audible, atmospheric trails that can place you anywhere — from a small live venue to a huge 50,000-seat stadium. Use a little bit of verb to enhance, and a lot to intrigue!

What does ‘reverb’ mean?

Reverb is everywhere — quite literally. It’s an ambient acoustic effect that we’re constantly surrounded by, which occurs when the sound waves emitted from a sound source bounce off the surfaces within a space at varying times and amplitudes; creating a series of audible reflections.

These reflections typically occur so quickly and closely together that our ears can’t perceive them individually; often lasting just a few milliseconds. Delay, or ‘echo’, is a similar effect where individual reflections are more spread out and discernible. But we’ll cover that in greater detail later…

Have you ever walked into a large empty room and clapped? Of course you have, and the resulting reflections or trail effect that you’ll hear afterwards is essentially the sound of reverb. The size and shape of a space, and the materials inside it, will affect the type of verb that you’ll ultimately hear. 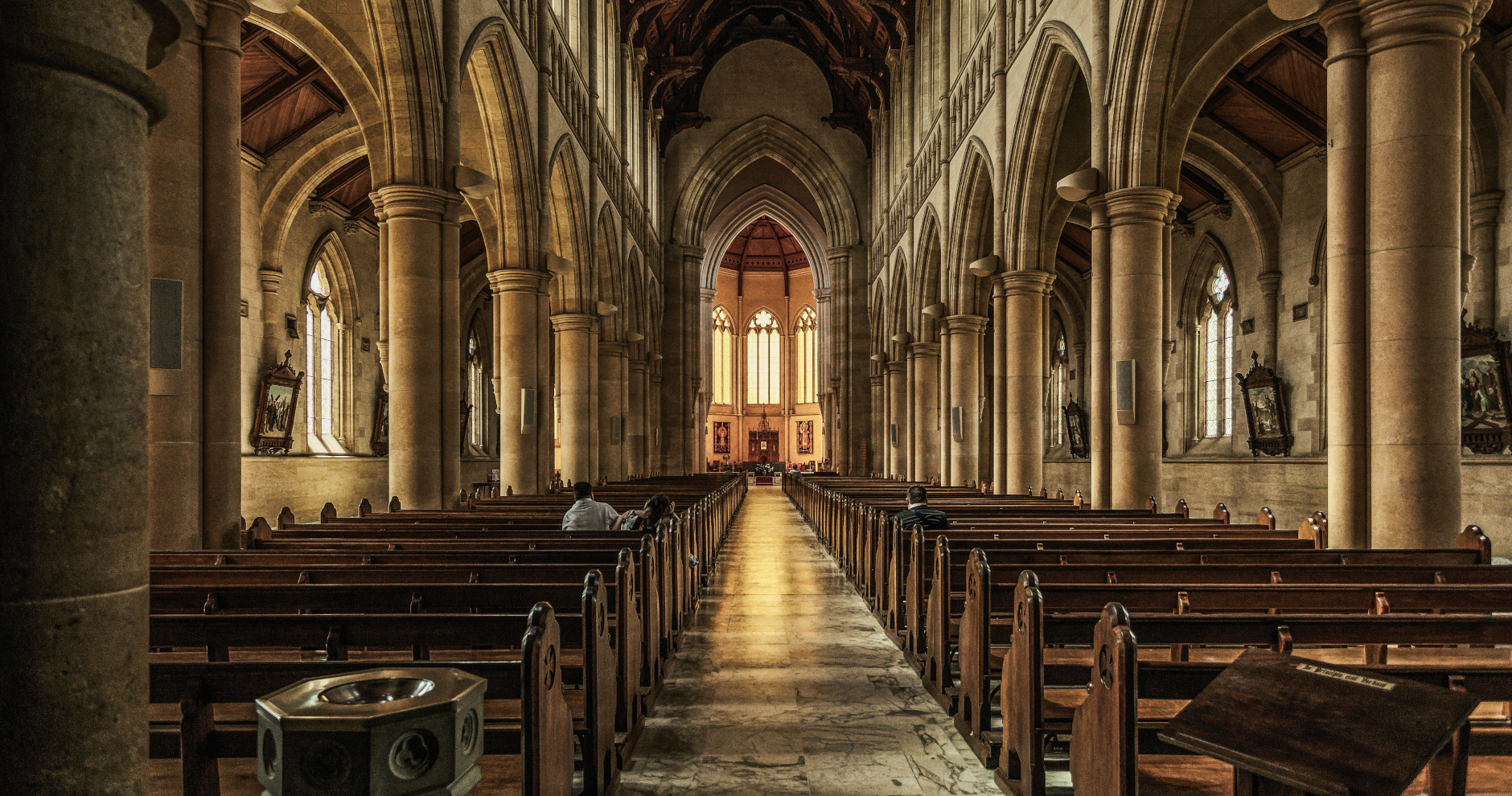 For example, if you make a sound in a small carpeted room with curtains, there will be little to no perceivable reverb because the fabrics will absorb many of the sound waves; preventing them from reflecting. If you go to a large church on the other hand, the verb effect will be far more immersive and dramatic — with a long decay that can even last a few seconds. That’s because the various hard surfaces inside that space will allow the millions of sound waves to reflect multiple times.

Check out our Andertons TV video below to get a sense of what reverb sounds like. Our presenters Lee and Pete showcase a couple of high-end reverb pedals that are designed to emulate real-world ambience:

What does reverb do?

In a music production context, reverb adds space and depth to any instrument or vocal recording you apply it to. That’s why it’s regarded as one of the most powerful effects that a producer or mixing engineer can use. Reverb’s perfect for sprucing up and “wettening” the sound of a dry or anaemic-sounding mix; creating a sense of atmosphere and even grandeur. It’s like the glue that holds everything together, but don’t use too much of it — or everything will turn to mud!

How is reverb used in music production?

Reverb is typically added in post-production during the mixing stage. In other words, on musical parts that have already been recorded. This is a common approach in modern production in particular, where it’s preferred to capture performers in an ambient-free environment so that their recordings sound as clean and pure as possible. This makes it easier to mix, edit and manipulate them later on. 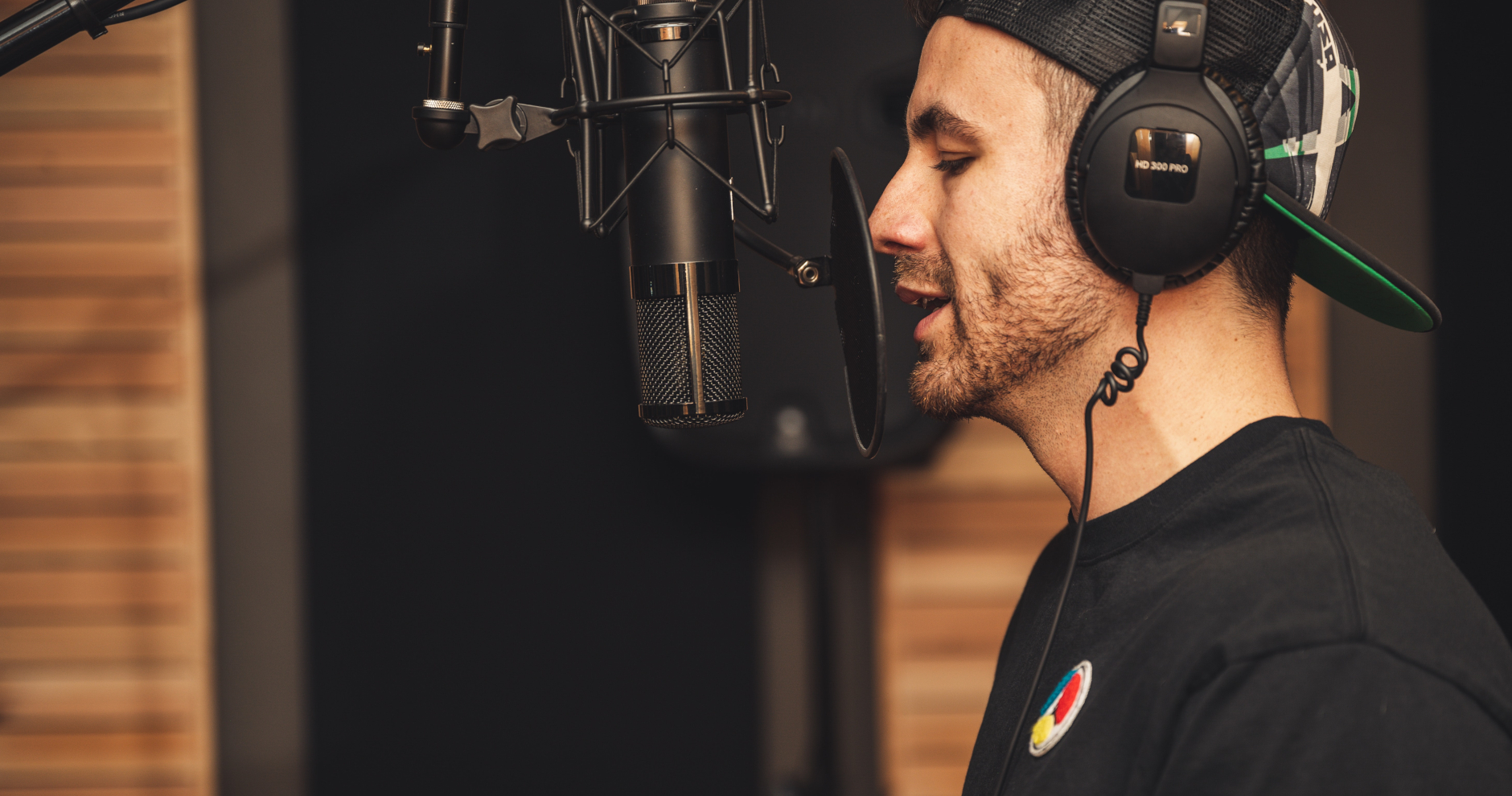 But completely dry recordings can lack character and even sound unnatural, as we’re accustomed to the warm sound of reverb even if we don’t always notice it. Using just a little bit of ‘room’ verb can make a significant difference, and many DAWs (digital audio workstations) come equipped with reverb plugins that emulate this effect. Some of the best reverb plugins simulate a plethora of different verb types — from ‘plate’ and ‘spring’, to ‘hall’ and even experimental sounds.

Alternatively, some producers and engineers will intentionally ask a performer or ensemble to record in an acoustic chamber. This is a room that has been specifically designed to produce a lush and musical-sounding reverb. In this scenario, the sound wave reflections will therefore be picked up through the microphones and heard on the recording(s). This is a more traditional approach, but the results can be amazing. It’s ultimately what many professional recording studios are hired for!

Are there different types of reverb?

Yes, of course! We’ve alluded to it already, but we’ll go deeper. The “sound” of one space can be vastly different to that of another, due its size and shape. So if you think about it, there’s literally an endless amount of different reverb sounds possible in the world! However, in music production there are a few favoured verb types that are commonly used:

This type of reverb emulates the ambience you’d hear in a concert hall. A hall verb will therefore sound big and immersive, with a long decay that can even last a few seconds. As this reverb sound replicates a hall, it’s often employed for thickening up the sound of orchestral instruments that are typically played in this context.

A room reverb has a fairly contained and natural sound. That’s because it mimics the ambience you’d hear within a more conventional, smaller acoustic space. This type of verb is therefore synonymous with rock and pop genres — used sparingly on all kinds of instruments to liven them up and add a sense of space, without making a mix sound muddy or sacrificing punchiness.

If you love a big, lush ambient sound that’s slightly more controlled and clear than a hall reverb — chamber is a good shout! This type of verb usually emulates the purpose-built chambers you’d find in professional studios, which feature hard and reflective surfaces in order to attain a specific ambience. It works well on most instruments, especially drums.

This is considered one of the first types of artificial reverb. Plate verb isn’t designed to recreate the ambience of a specific acoustic space, but rather achieves a unique reverb sound via an electrical/mechanical process — involving a magnetic driver that produces vibrations in a metal sheet with a transducer. A contact microphone would then capture those vibrations. The result is a thick and warm reverb sound that guitarists particularly admire. You’ll struggle to find a real plate verb these days, so most modern effects processors and plugins can digitally reproduce them with a wealth of parameters that allow you to fine-tune their sounds.

Guitarists can’t get enough of spring reverb! In the ‘50s and ‘60s, brands like Fender would equip their guitar amps with spring reverb tanks. These work similarly to plate verbs, but feature a small spring instead of a large metal plate in order to fit inside. This type of reverb is famously bright and metallic-sounding, and particularly loved by traditionalists who prefer clean, vintage-inspired guitar tones. Some boutique amp builders even continue to use real, analogue spring verb tanks in their products instead of relying on digital alternatives.

This is an experimental reverb that many contemporary guitarists and synth players use to great effect. With shimmer, the trails typically feedback at an octave above what you play in order to produce a spellbinding, “shimmering” sound!

What is the best reverb pedal? 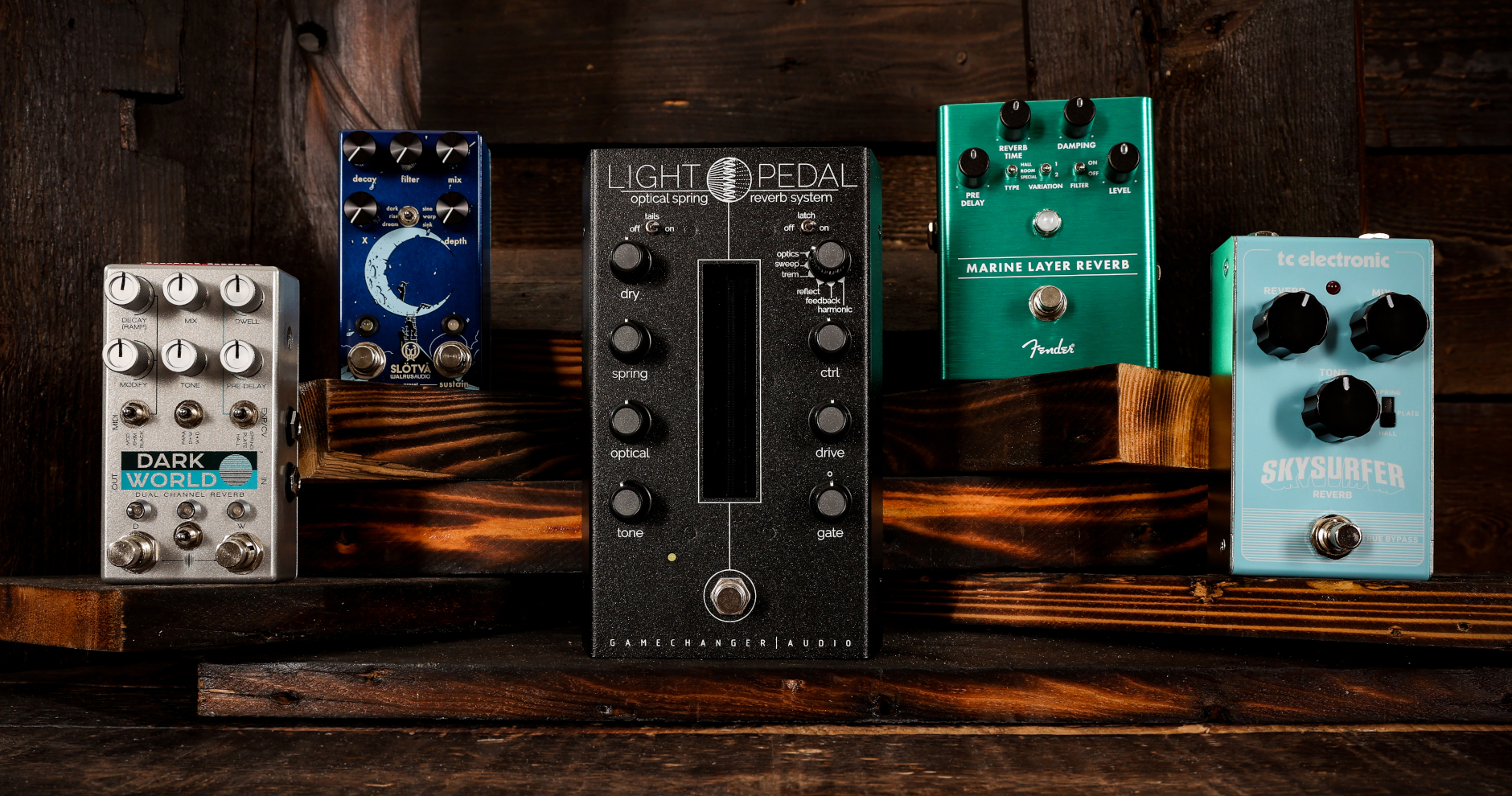 This is a question asked by many guitarists. While reverb is a naturally-occurring effect, there are loads of ways to emulate it with hardware or software. “Golden Era” guitar amps from the ’50s and ’60s were fitted with spring verb tanks, then in the ‘70s and ‘80s there were sophisticated digital rackmount reverb units, and these days we have access to VST reverb plugins for computer DAWs. But among guitarists specifically, dedicated reverb pedals are immensely popular and very accessible. Plus, they’re easy to mount onto pedalboards!

Of course, the market is flooded with a lot of reverb guitar pedals — so we’d understand if you feel some option paralysis. But like with most guitar gear, you can find affordable options along with the more expensive, feature-packed products. The likes of Strymon, Universal Audio, Chase Bliss and Walrus Audio make high-end reverb pedals which can deliver a variety of inspiring, highly-tweakable ambient sounds. On the other hand, cheaper reverb stompboxes from the likes of Tone City, Mooer, Landlord FX and TC Electronic offer just one or two sounds — but are still great! 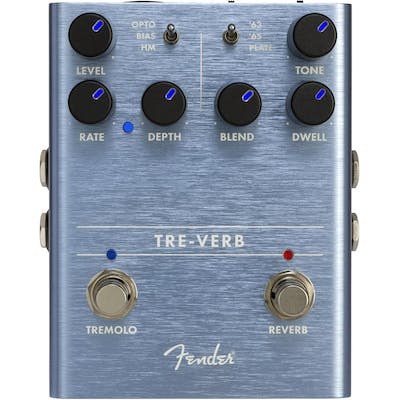 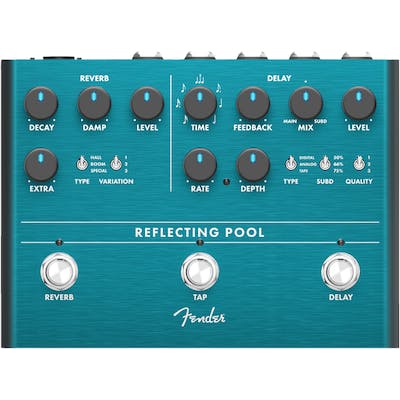 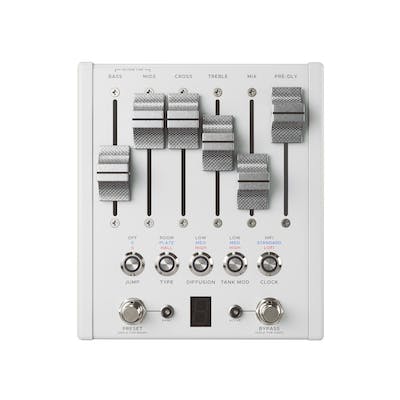 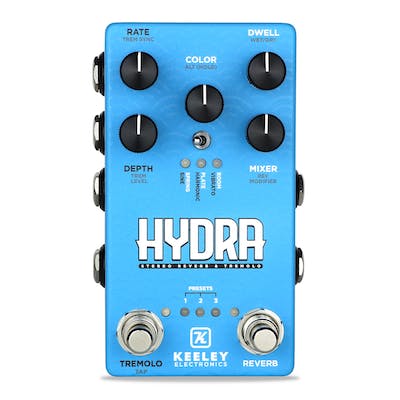 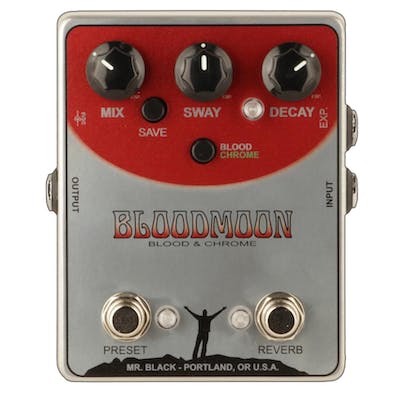 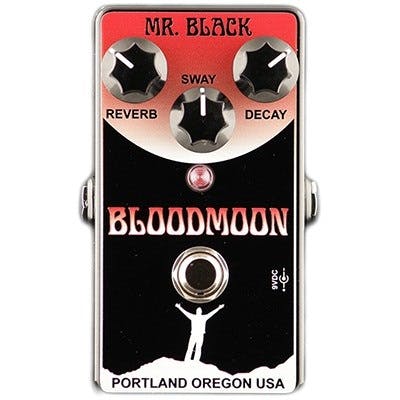 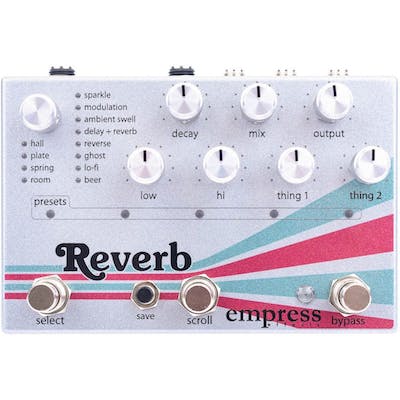 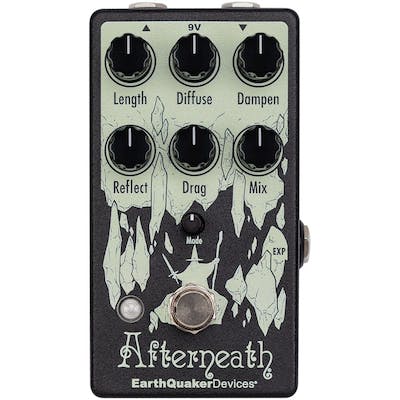 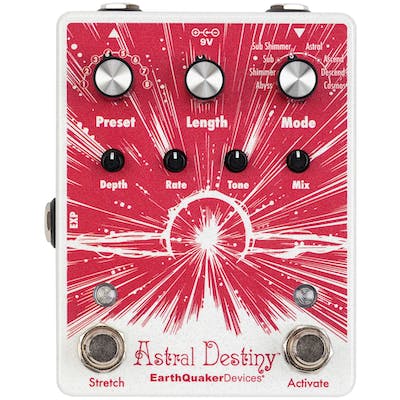 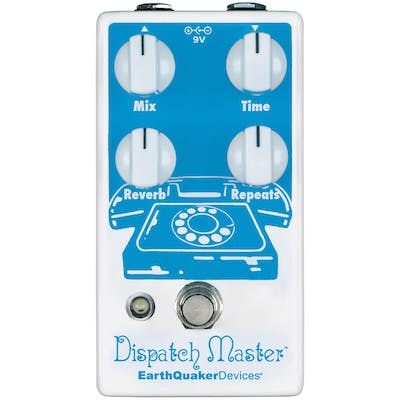 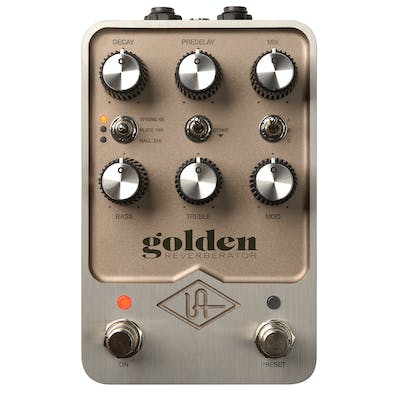 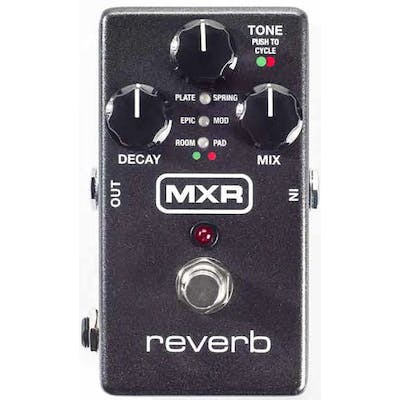 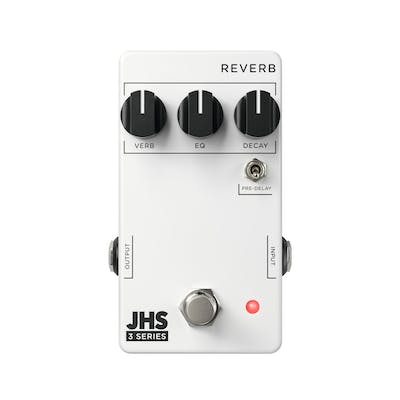 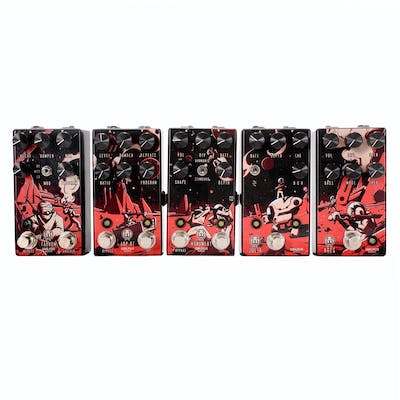 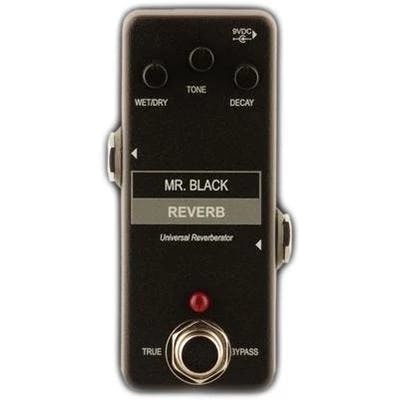 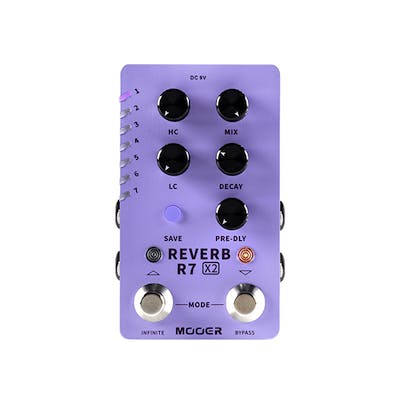 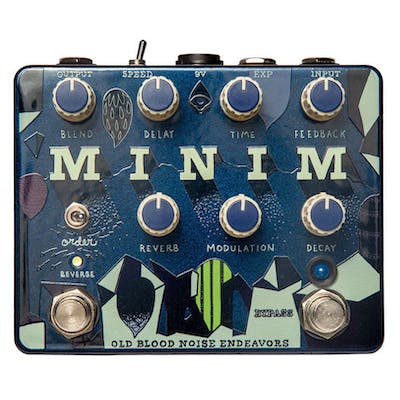 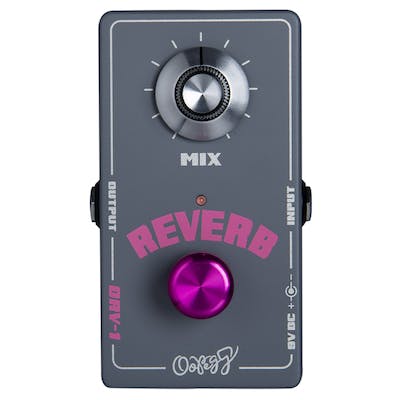 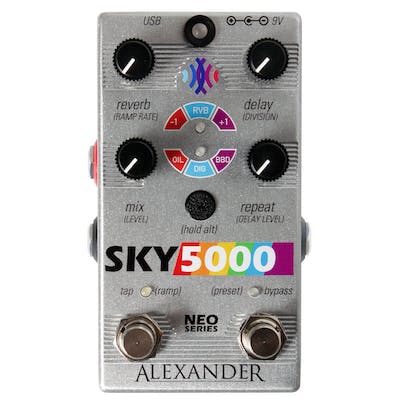 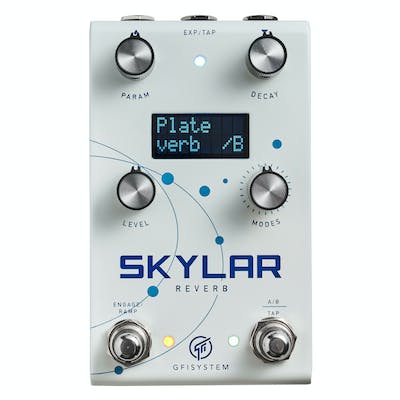 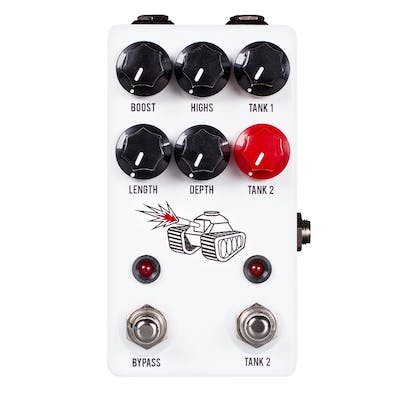 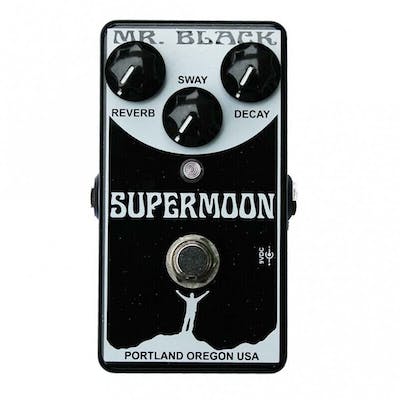 What is the difference between ‘echo’ & ‘reverb’?

Reverb effects are not always easy to distinguish. Echo is a very similar ambient effect that’s also formed by reflections, however, delay/echo is different as the audible reflections are distinct from one another and can be heard as a series of repeats that eventually decay and die out. This effect is perfect for thickening the sound of recordings, or even creating percussive patterns (think The Edge from U2). It’s fair to say that there’s a blurred line between the two, and some people will refer to reverb as echo and vice versa. But in reality, they are quite different.