The History Of Chapman Guitars: A Beautiful Story

Rob Chapman has gone from being a gear reviewer on YouTube to a partner managing of one of the most talked about guitar brands on the planet.

Chapman Guitars has been on the up since their inception and we take a look at the history of this small but brilliant British company. Read on for the history of Chapman guitars... 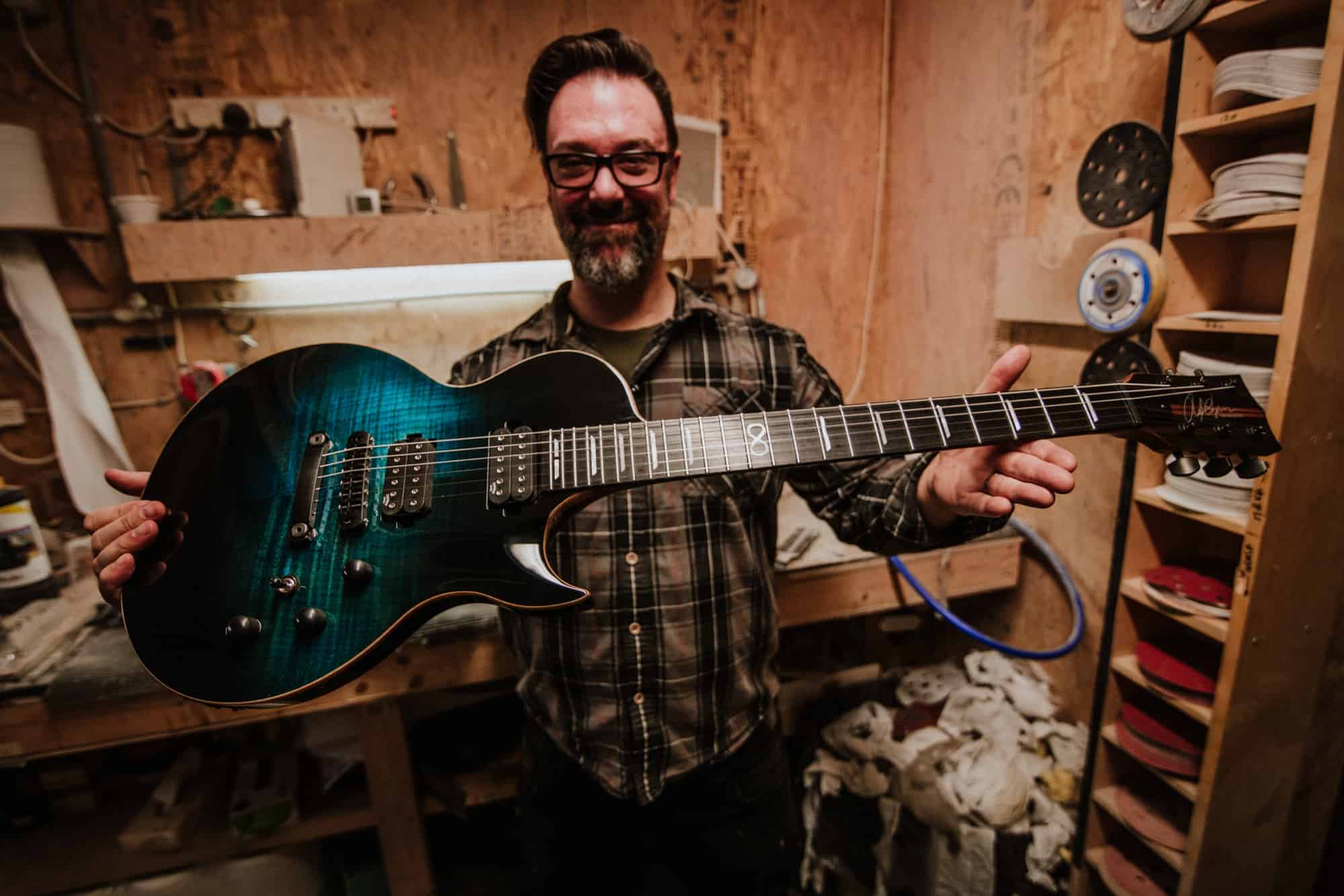 Chapman guitars have established themselves as genuine contenders in the highly competitive market of electric guitars. They’ve done this by offering a number of different guitars that suit a number of different styles. Most importantly, their core standard range has always remained affordable.

Not only are their guitars affordable, despite using high-quality woods and hardware, but they’re also collaboratively designed.

It all started with the ML-1

The concept of collaborative design was born with the first Chapman ML-1. In a series of videos, Chappers put out a vote to the public for what each individual aspect of the guitar should be. This included body shape, woods used, pickup style and hardware too. This is still the way that Chapman Guitars choose to design their newest releases.

By getting the public to vote, people felt like they’d invested in their own little way to a guitar design that would suit other guitar players like themselves. Rather than a guitar designed by marketing analysts trying to follow the current trend. Ahem *offset guitars* ahem…

One of the early unique selling points of the Chapman range was the fact that they were (and still are) so easy to modify. This allowed guitarists to take on the project of turning a blank slate into the guitar of their dreams. The initial run of ML-1 guitars was the perfect starting point.  This has been a part of the Chapman ethos ever since however it’s worth noting that they’ve turned up the quality in hardware, wood choice and pickups since inception. This has resulted in some stunning guitars for the money.

They also refuse to go through third-party distribution which means that they’re able to keep the price down.

The years between 2009 and 2016 are where Chapman Guitars really found their niche and defined themselves. They did it all! From releasing brand new models, body shapes and signature models to limited edition one-off runs. Here’s a timeline of guitars released between 2009 and 2016 in order:

It was at the NAMM 2017 show that Chapman made the decision to split their entire range into 2. This is when the Standard series and Pro series were formed.

The Pro Series – These are made at World Guitars in South Korea with 3-piece Maple through-necks. They’ve also got solid carved tops, stainless steel frets, hipshot open-gear tuners and this is the range that you’ll see signature and satin-finished guitars.

This is where Chapman guitars have really come into their own. They’ve stepped it up with the release of British-made high-quality instruments to go along with their Pro and Standard series. If you want a guitar that’s a bit more bespoke and practically hand-made then the Chapman British Standard is it.

This is where the growth of the company in less than ten years really shines. They’ve gone from making affordable Chinese-made instruments to creating guitars of absolute wonder whilst never losing what made them successful in the first place. This was the fact that they listened to what the audience wanted and gave them the chance to democratically vote for the best solution!

These are the best of the best!

The Chapman range is now a 3-pronged beast with the Standard, Pro and British made range of guitars and you can read more about them here.

Chapman Guitars - British Standard Series For almost a decade now, Chapman Guitars has grown and refined itself through hardwork and a belief in its core ideals. We truly believe in listening to and trusting in the experience of musicians, because through opening ourselves up to collaboration with the public we keep our finger on the pulse, our feet on the ground and our eyes on the goal. It is through being receptive to the thousands of dedicated, passionate and hardworking guitarists out there, that we have been able to strengthen our company, putting down deep roots and celebrating music by realising the dreams of our fellow musicians. To that end, Chapman Guitars is proud to announce the new British Standard line of guitars, workshop crafted, hand made, boutique instruments of an exceptional standard. All made by a very small team of highly experienced luthiers in a small British workshop. Flying the flag for Chapman and England this new line will be made one at a time, by hand in extremely limited numbers. These are premium priced guitars that will look, sound & play as good as anything you could imagine. With premium parts, beautiful woods, Nitro finishes and hours of attention to detail, the Chapman British Standard will be an instrument to be very proud of and we hope you love them as much as we do. http://www.chapmanguitars.co.uk/ Subscribe to my channel by clicking this magic button: http://bit.ly/1il3TH0 Greetings I'm Rob Chapman, I am a guitarist from Brighton in the UK. I am the frontman and guitarist for Dorje, demonstrator for Andertons Music and I am also the founder/owner of Chapman Guitars. I love making videos about guitar tuition, demonstration, reviews, and studio things like coffee/pizza and Diablo. Twitter: twitter.com/robchapmanmusic Facebook: www.facebook.com/officialrobchapman Subscribe to my channel by clicking this magic button: http://bit.ly/1il3TH0 https://i.ytimg.com/vi/n1PXFt8jooA/default.jpg PT4M24S 2018-01-26T18:30:11Z
140492

The Chapman V2 range comes out

Chapman guitars moved the factory that produced their standard line in 2018 and made a couple of tweaks to the guitars on the way. These aren’t drastic changes by any means but every little bit helps when it comes to making a great guitar. So whilst they retained the design elements of the initial Chapman Standard range, these subtle changes are what you’ll find (and love) on the Chapman V2 guitars.

Chapman Guitars announced that they’d be entering the pedal world with Snake Oil Fine Instruments. Starting with a boost and drive, these high-quality pedals are anything but Snake Oil as they really do deliver on what they promise. These pedals are handmade over here in the UK and are housed in a sturdy metal chassis – just as you’d expect.

Chapman Guitars is proud to present its latest venture “Snake Oil Fine Instruments”. Offering a joyous richness of tone unparalleled by any other inferior brand, Snake Oil is the choice of the respected musician.

Where to from here?

It’s hard to predict where Chapman Guitars will be going from here but one things for sure, they’re on the up! We just hope to see more signature models, more incredible guitars for the price and more out of the ordinary finishes. A baritone in the Quicksand finish perhaps?

Whatever they decide to do, we’ll be behind Chapman guitars all the way and the latest news will all be available from Andertons Music Co.