G&L's Legacy and S-500 guitars have a very familiar look, and it's therefore no surprise that Leo Fender was involved in their design. However, these two leading models from G&L's catalogue are practically identical when placed side-by-side. So, what exactly are their differences?

Luckily for you, we've put these popular G&L guitars head-to-head in a battle for supremacy. Dissecting their features one-by-one, you will easily understand what each of these guitars has to offer, and ultimately, discover which one will suit you the best.

After Leo Fender sold his eponymous company to CBS in 1965, he was inspired to break further ground in the guitar industry. Ambitious and eager to pioneer new concepts elsewhere, Leo founded the CLF Research company, which designed and manufactured instruments for Music Man in the ’70s. By the end of the decade though, Leo had a strong desire to once again form an independent musical instrument company; G&L Guitars.

In a position to have full creative control, Leo took the formulas he had spent years developing and refined them even more. Creating a number of original models, Leo boldly dubbed his new products “the best instruments I have ever made”. However, many of G&L’s instruments closely resemble the designs from Leo’s first company; most notably the Legacy and S-500 models.

Closely adhering to the traditional S-type, the electronics and hardware appointments featured on these instruments would prove to validate Leo’s statement. Cutting-edge at the time and still relevant today, innovations like the ‘Dual-Fulcrum’ tremolo and ‘Magnetic Field Design’ (MFD) pickups pushed the boundaries of traditional guitar design. Other companies have since taken inspiration from them, and thus Leo Fender’s legacy continues to live on through G&L. 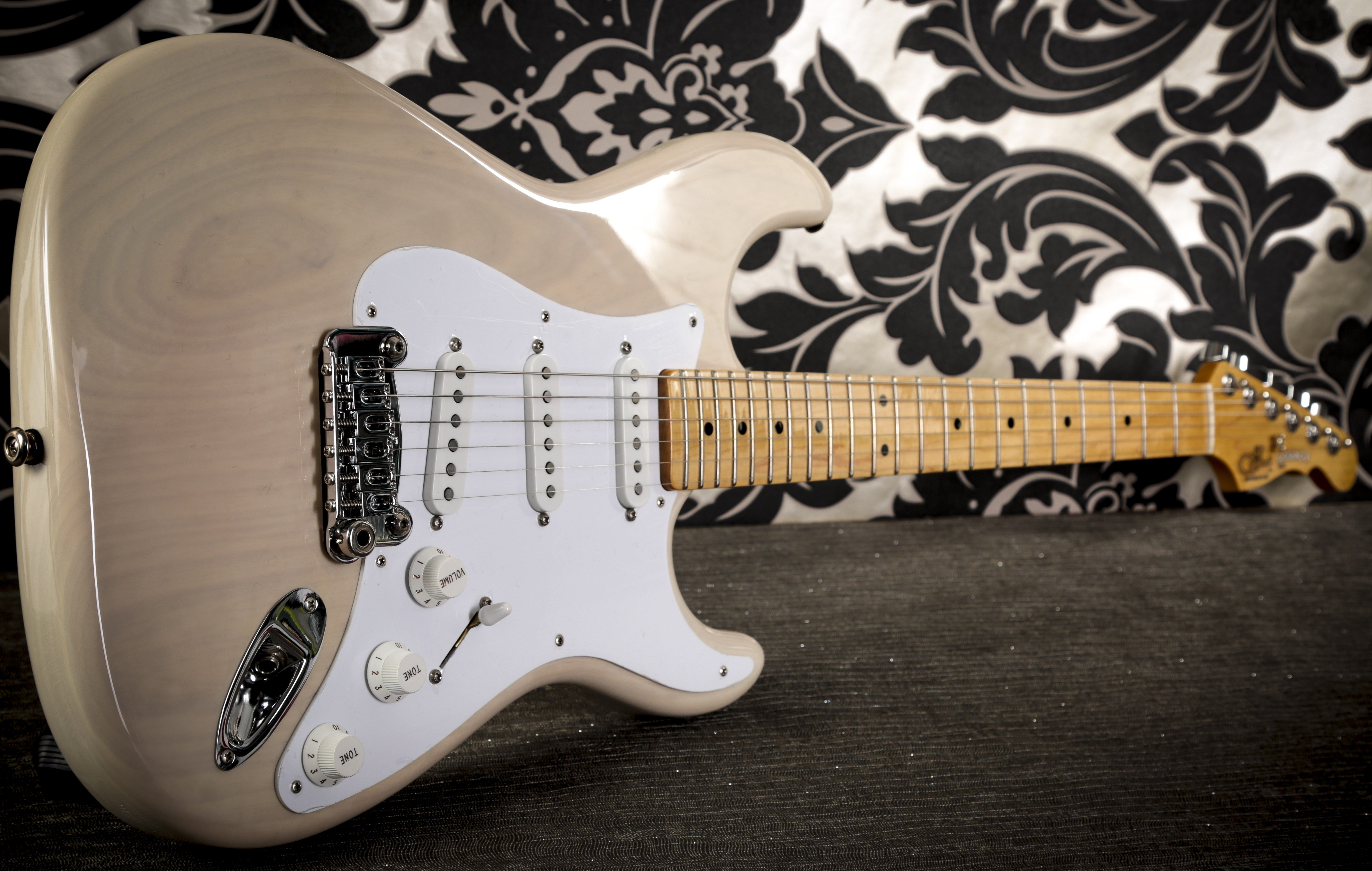 The G&L Legacy is viewed as the more traditional of the two instruments. Produced from 1992 (after Leo’s death), Legacy models sport a number of the forward-thinking features found on most G&Ls, but a few elements of their design echo the construction of classic S-style guitars. Somewhat bridging the gap between modern and traditional, let’s take a closer look at the anatomy of the G&L Legacy.

G&L USA Fullerton Standard and Deluxe Legacy models are constructed from Leo’s favoured combination of tonewoods; Alder (body) and Maple (neck). Alder serves as an excellent foundation for the sparkly-sounding pickups, as it sounds balanced and produces a fairly pronounced mid-range. Maple, on the other hand, is adored for its brightness and gives notes a vibrant and snappy character; further accentuated by a bolt-on neck joint.

This type of construction is, of course, very synonymous with the instruments from Leo’s first company. For extra diversity, though, selected G&L Legacy models are available with different body and fingerboard materials. For example, USA models that are equipped with Maple fingerboards have Swamp Ash bodies instead. Delivering a slightly darker sound, this choice of wood counteracts the excessive brightness caused by an all-Maple neck.

G&L Legacy guitars from the more affordable Tribute series are slightly different. To keep costs down, certain models will feature Brazilian Cherry fingerboards instead of the Caribbean Rosewood found on their US-made counterparts. And dependent on their colour finishes, these guitars either come with Swamp Ash or Basswood bodies; the latter popular for its light weight.

Most G&L Legacy guitars feature CLF-100 Alnico single-coils, instead of the MFD pickups installed in most of G&L’s instruments. Designed to capture the essence of that vintage ’60s sound, these medium-output pickups have potent mids to ensure extra clarity. If you’re looking for a guitar that projects that unmistakable S-type sound, these pickups really deliver the goods.

Despite the old-school sounds that they provide, Legacy models are fitted with G&L’s thoughtful ‘PTB Tone System’. Unlike conventional tone controls that simply reduce the treble frequencies, the PTB System is a lot more intuitive and gives you greater control over the EQ of your pickups. Essentially made up of two master tone controls, one knob decreases the treble like a conventional tone knob, while the other rolls off the bass frequencies (like a high-pass filter). This system therefore gives you far more tonal flexibility.

The innovations don’t just end at the Legacy’s electronics, as these guitars also boast G&L’s Dual-Fulcrum tremolo. This bridge concept is considered a far more ergonomic alternative to the traditional 6-screw tremolo. With its 2-point design, this results in lower friction for a smoother playing action. The raised design of the Dual-Fulcrum tremolo also allows you to slightly raise the pitch, while the brass inserts and string saddles yield more top-end and greater sustain. 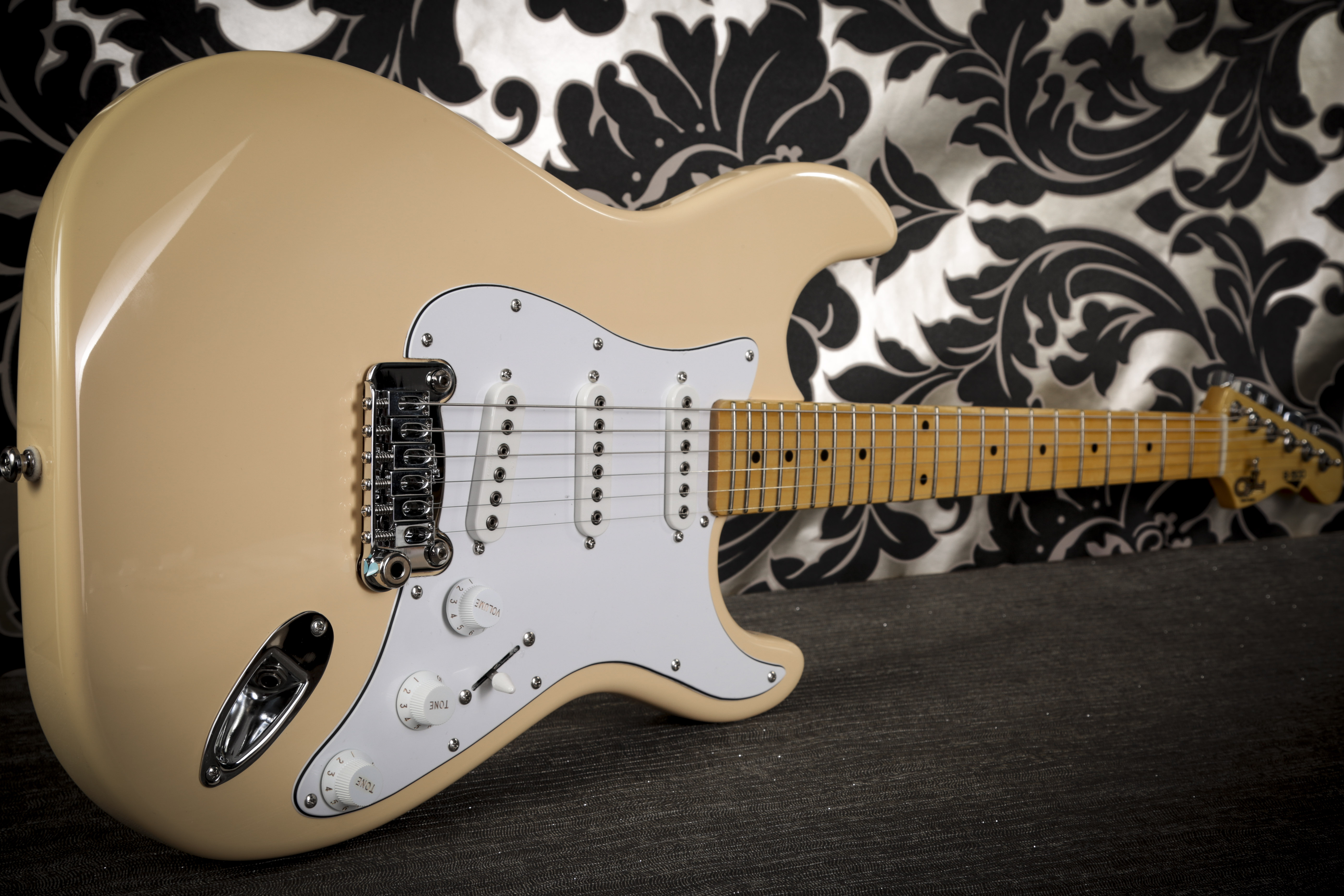 G&L has produced the S-500 since 1982, and it’s regarded by many as Leo Fender’s evolution of the iconic single-coil-loaded, double-cutaway guitar. Also featuring a number of G&L’s signature elements, these guitars are aimed at professional musicians that seek reliability and exceptional versatility.

In terms of their build, S-500s are very similar to G&L’s Legacy models. Adhering to the same bolt-on construction, these guitars deliver articulate tones; especially as they also feature Maple necks. On the subject of necks, S-500 models feel noticeably different to Legacys. Cut to G&L’s ‘#1’ profile instead of the ‘Modern Classic’ shape found on the Legacys, S-500s have a comfortable medium taper carve that would appeal particularly to modern players; without completely alienating traditionalists. This profile means that their necks also slightly thicken as you ascend to their higher frets, for optimal support at all areas.

A slight edge roll to the S-500’s fingerboards adds to their luxury feel, and thus sharp fret ends will never be an issue. S-500s also boast 12” radius fingerboards, as opposed to the rounder 9.5″ found on the Legacy guitars. This is definitely a feature that contemporary guitarists will appreciate, as its flatter curvature makes string bends easier and allows you to set a lower, more consistent action.

It’s not all about modern touches though, as G&L S-500 models feature Ash bodies; synonymous with older instruments. Used exclusively by Leo’s first company in the early ’50s, Ash is regarded for its light weight and although tonally similar to Alder, its more porous texture gives it clearer highs and greater sustain. S-500s can therefore serve as excellent live workhorses; a forgiving weight and able to cut through nicely in a mix. S-500 Tribute models feature Mahogany bodies instead, and therefore sound a lot warmer.

Just like the Legacys, S-500 guitars come fitted with trios of single-coils. However, G&L S-500s feature Leo Fender-designed MFD (Magnetic Field Design) pickups instead of typical single-coils. Utilising ceramic bar magnets, their design transfers the magnetic field to the top of the pickup. Ultimately, this creates a wider frequency response and thus yields a much more balanced sound overall. Their adjustable iron pole pieces also contribute to this, as they let you determine their heights in relation to the strings. Compared to traditional single-coils, MFD pickups also have more output and are therefore capable of handling even thick overdrive; without losing any of the clarity that you’d naturally crave from single-coils.

Of course, to get the most of their pickups, S-500s also come fitted with G&L’s PTB Tone System. This feature further cements the S-500’s reputation as a versatile and useful instrument in a live performance context. However, there’s another appointment that expands the S-500’s tonal palette. Exclusive to the USA Fullerton Deluxe models only, G&L S-500 guitars have a mini-toggle switch that engages all three of their single-coils at once, or just the bridge and neck pickups (dependent on selector switch position). The latter setting is particularly desirable, as it somewhat emulates the sound of a T-style guitar.

The excellent Dual-Fulcrum tremolo also features on G&L’s S-500 guitars. It’s worth mentioning too that S-500 (and Legacy) models come equipped with bone nuts, which allows their strings to glide more smoothly when using the tremolo, and thus return to pitch in the vibrato’s natural position. 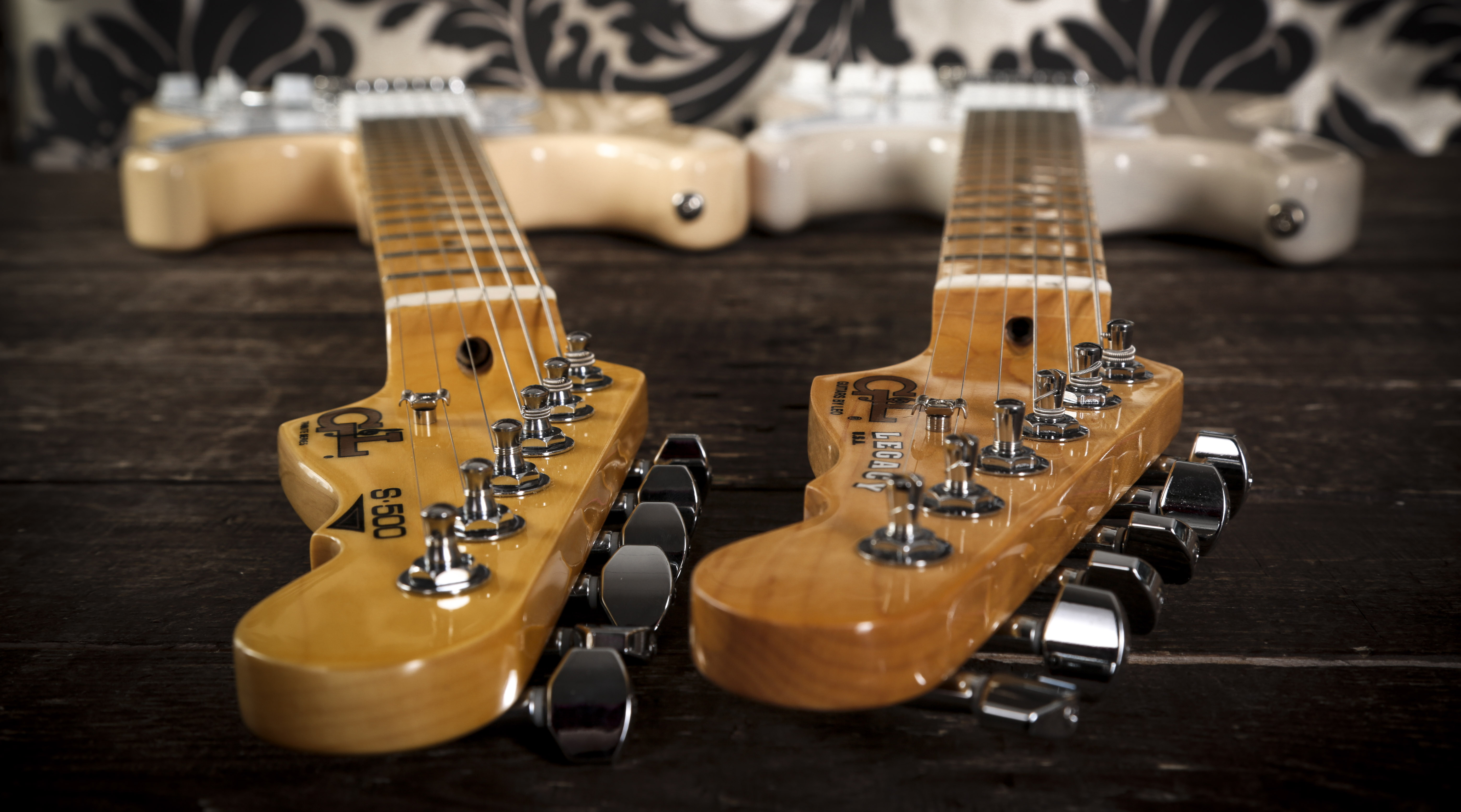 As a whole, there’s not much to separate these two popular models from G&L when it comes to their aesthetics. Instead, it is predominantly their electronics that differentiate them from each other. Although both electric guitars are fitted with the flexible PTB Tone System, the S-500 models are arguably more versatile thanks to their MFD pickups and additional switching. Contemporary players may also prefer their more modern-feeling neck profiles, but that is admittedly a very subjective feature.

Ultimately, it can be determined that the G&L Legacy was produced after Leo Fender’s death for a reason. It’s designed to attract consumers looking for that classic S-type sound and look, with some of the added benefits that come with G&L’s Dual-Fulcrum tremolo and PTB System. The S-500, on the other hand, is made for guitarists that desire an upgraded S-type that can go beyond the functionality of a classic example.

Interested in finding out more about music gear and expanding your knowledge? Click here to view all of our Labs articles! Learn more about the history of G&L and view the entire range by clicking here.