How Did the Shure SM57 Become the Industry Standard Dynamic Microphone?

The Shure SM57 is one of the music industries most iconic and highly regarded microphones - and for good reason. Every self-respecting sound engineer is bound to have at least one in their arsenal, no matter whether they're working in a live or studio scenario. But what exactly makes them just so good? And why have Shure developed such a great reputation along the way?

Ever since its inception in 1965, the Shure SM57 has gone from strength to strength. Its enduring popularity is a testament to its high-quality design and rugged construction. This mic remains the go-to dynamic microphone for professionals and enthusiasts 55 years on. You can’t even overstate its importance or impact either; it’s so ubiquitous in fact, that it’s now regarded as the worlds most popular and widely adopted dynamic microphone ever produced. From live sound for the biggest shows, to the recording process on countless classic records, the Shure SM57 has played a part. 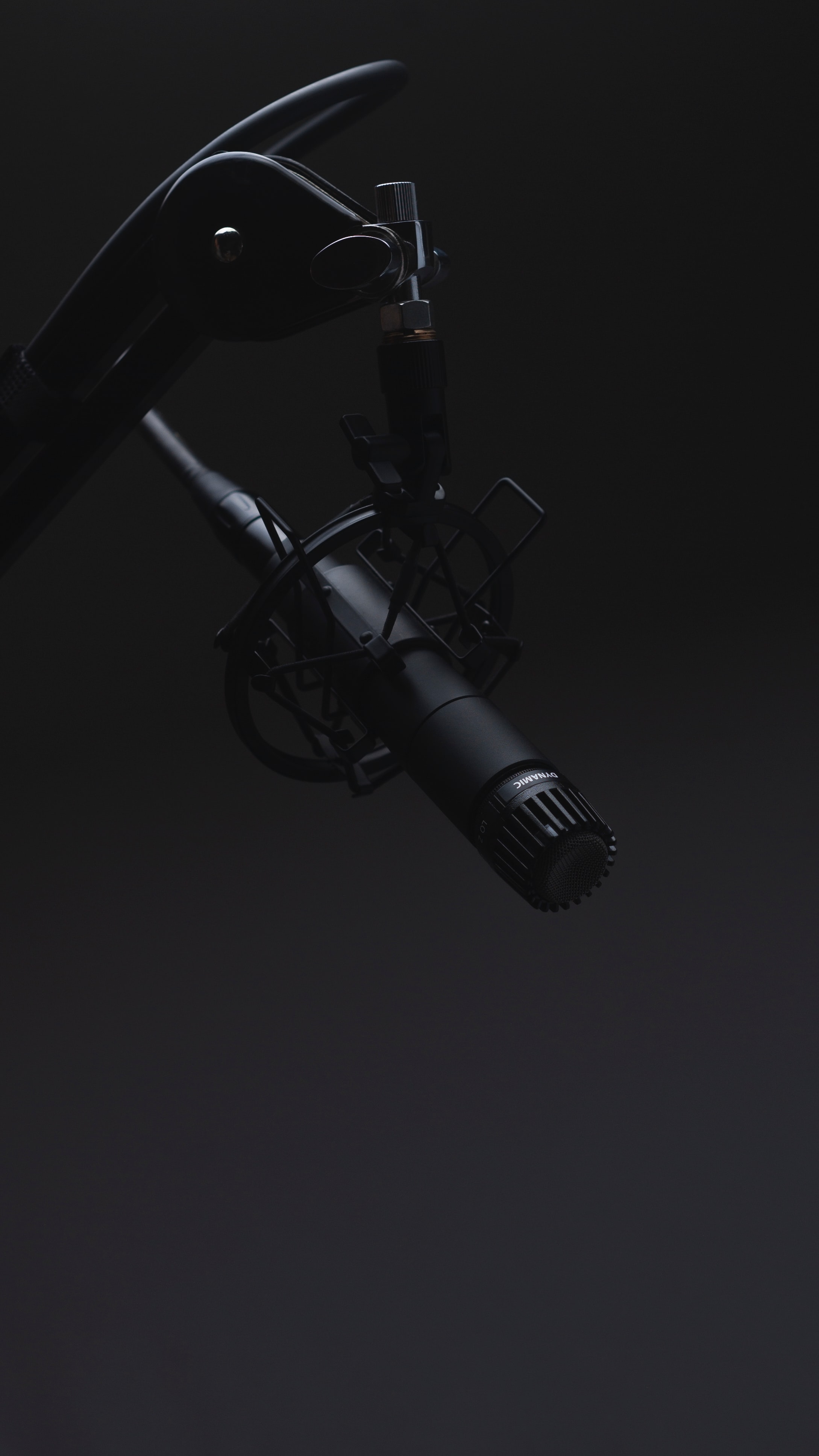 You can trace the ideas that formed the basis of the mic back even further too – all the way to the late 1930’s. Benjamin Bauer (one of Shure’s engineering eggheads) pioneered the very first directional, single-element dynamic microphone. This mic featured a cardioid polar pattern (just like the SM57) and was dubbed the ‘Unidyne’. Fast forward to 1959 and Ernie Seeler – one of the brands’ later engineers – built on the foundations of Benjamin’s work with the introduction of the Unidyne III. The mic went through a three year period of intensive and extensive research, testing and development. This cutting-edge creation would eventually morph into the SM (studio microphone) range that we know today – spawning the SM57 and its cousin, the SM58, in the mid ’60s.

Fun Fact: the SM57 has been the main lectern mic of the White House communications team since 1966 – meaning every US president from Lyndon B. Johnson and Ronald Reagan, to Barack Obama and Donald Trump has used one.

What Separates the SM57 from the Competition?

The SM57 is basically indestructible; if you manage to actually break one, then it’s almost an achievement. That’s how durable these microphones are. This rock-solid construction has been a hallmark of Shure’s products since the Second World War, where the brand was brought onboard as a contractor for the United States armed forces. Their gear had to be manufactured to military-grade requirements, meaning it could withstand the trials and tribulations of the field with absolute ease. Shure continued this production process post-war as it reduced repair and maintenance costs, while simultaneously improving customer satisfaction. They’ve solidified their standing as one of the most reliable and rugged mic manufacturers ever since.

This means that the modern-day rigours of the road are no issue for the SM57. From extended world tours by heavyweight artists, to your local pub band, the mic will have no trouble performing after years of extended use. It can take a direct hit from a drumstick and will shake off knocks, bumps and falls without any detrimental impact to it whatsoever. People have got even more extreme with their testing too. From running it over with a truck, to dunking it in water and dropping it from a building, the mic has withstood these tests – working with no issues afterwards in each of these situations too. There’s a reason why it’s been nicknamed the ‘workhorse’.

The SM57’s longevity even extends to its response to changes in your environment, be it high or low temperatures, or long periods of humidity. These conditions will usually cause your mic to crackle, hiss, or pop, and can even alter transient/frequency response, but with this mic, that’s not even an issue.

A small amount of moving parts means the mic is less likely to fail on you – especially when compared with a condenser, which contains many more sensitive, individual parts. Condenser characteristics can sometimes change as the microphone ages too. Dynamic mic’s like this though are a lot more stable and maintain their sound better over a longer period of time.

You can pretty much use the SM57 to mic up any kind of source. Whether it’s drums, brass, acoustic guitar, woodwind, or a guitar amp, the mic will provide you with great performance and a bright sound quality. Some vocalists even use it ahead of its SM58 counterpart! This versatility is partly due to its effective cardioid polar pattern. It manages to highlight and isolate your instrument or voice clearly from the front in excellent detail, while reducing unwanted background noise. You’ll find this directionality makes it ideal for both capturing sources live (as it minimises bleed from other sounds onstage/is highly resistant to feedback) and in the studio.

The SM57 is augmented further by a well-shaped frequency response – ensuring clean, crisp audio – and an integrated shock mount which reduces the amount of handling noise.

Drum Addicts - Snare Mic Shootout! Who will win...?! Welcome to Andertons TV and Drum Addicts Shure SM57: http://goo.gl/tM5XHY Shure PGA181: http://goo.gl/KwTIyv Shure PGA98D: http://goo.gl/ozFBRN British Drum Company Merlin Snare: http://goo.gl/YDIH9l Today on Drum Addicts, with Rob and Tobes. They will be testing out a trio of Shure Microphones back to back. For all the latest from the world of drums and percussion follow us on Facebook: https://goo.gl/hGrrRv Thank you for watching! https://i.ytimg.com/vi/sXiw80KfiVU/default.jpg PT2M33S 2016-09-01T10:00:01Z
8376

If you find yourself regularly recording loud sources, then make sure that you’ve got an SM57 on standby. They’re built to handle extreme SPL (sound pressure levels). This is one reason why it’s so good for both percussion and guitar amps. Shure state that the first frequency range to distort is found around 100Hz, occurring near 150dB SPL. Surprisingly, this is actually louder than a jet engine. The SM57 excels at other higher frequencies too. When you reach 1kHz, it can handle 160dB SPL; move up to 10kHz and it can supposedly handle 180dB SPL; at 20kHz it’s built to accommodate 190dB SPL. To put this data simply, the SM57 will be able to handle your source no matter how loud it is. You’ll be able to record with minimal levels of distortion; there’s literally no sound too loud for this mic.

Dynamic microphones are known for handling wind noise far better, and the SM57 is no different. The heavier mass of the diaphragm (when compared to the lighter mass of a condenser diaphragm) ensures it’s a lot less susceptible to the impact of wind noise. A condenser is also more likely to suffer from plosives and sibilance – if used without a pop filter – whereas the SM57 doesn’t really suffer as much from these issues.

This one’s pretty self-explanatory. Coming in at just under £90, the SM57 remains affordable for just about everyone. You’re getting yourself a professional-grade piece of equipment at a more than reasonable price!

What’s the Difference Between the SM57 and the SM58?

Even though the SM57 and SM58 share a design that’s based on the same cartridge, there are a number of differences between the two. The SM57 was originally intended to be used as an instrument microphone. This is highlighted by the reduced grille size (which is far more practical, and doesn’t need to worry about combating plosives). The grille is also a part of the actual cartridge itself. The amount of space between the top of the grille to the diaphragm is shorter too. This delivers a much more defined proximity effect. There’s also a higher output present above the 5kHz mark due to the resonator and grille that’s been used.

On the other hand, the SM58 was created for vocal use; it boasts a ball grille with an integrated pop filter which is used to remove plosives from your sound. 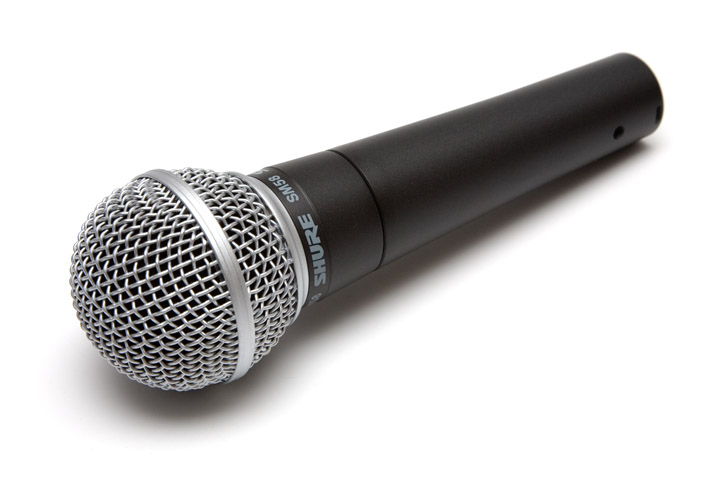 Even though the SM57 is already very competitively priced, that doesn’t mean there aren’t other great affordable mic’s on the market that can do a similar job. From sE Electronics, to Lewitt and Tourtech, there’s an option available here to suit a host of different budgets. Check them out below! 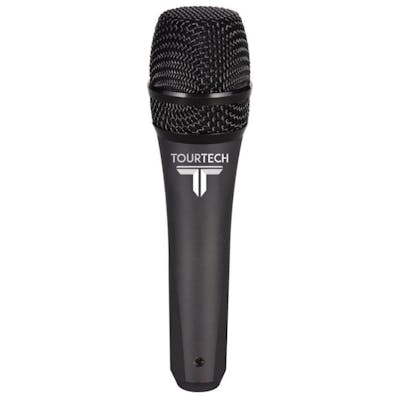 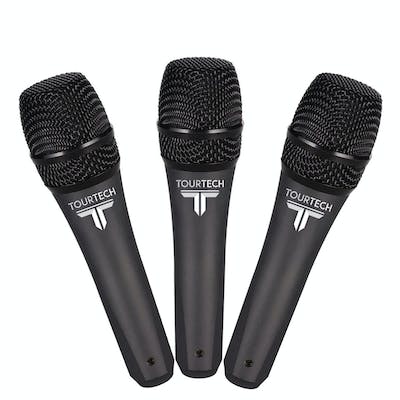 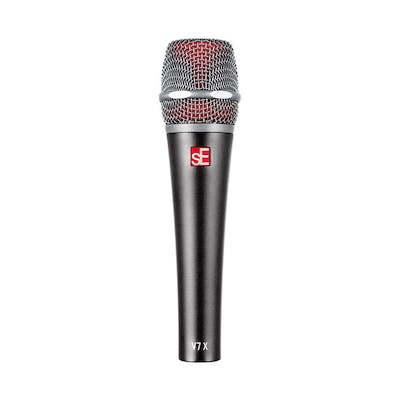 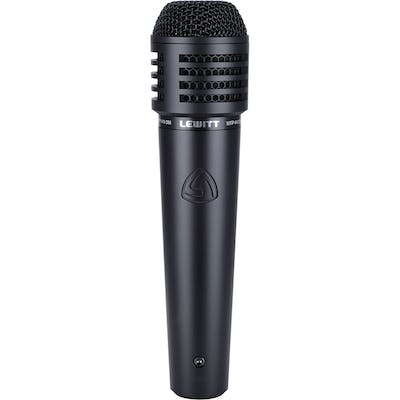 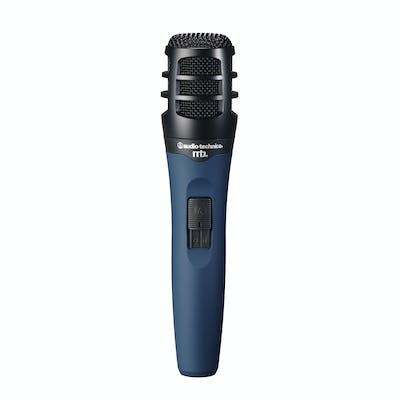 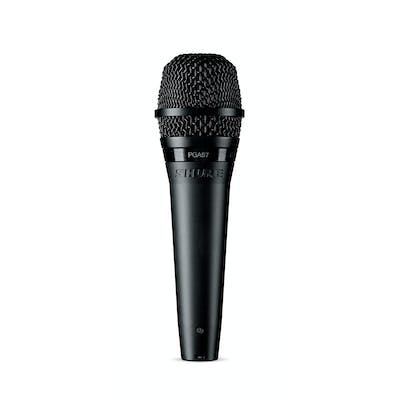 Why not check out the rest of our industry and learn content?

We’ve also collated a selection of other related articles for you below: