EQ is an essential part of any recording/mixing session and is a key tool in your audio arsenal. But what actually is it? And how can you use it to improve your productions? We explain all....

EQ – which stands for equalisation – is where specific frequencies are boosted or reduced within an audio signal. These frequencies sit on a spectrum, with an equaliser separating the spectrum into bands/sections. Within these bands you’ll boost or cut pieces of your sound. Boosts and cuts are sometimes referred to as additive and subtractive respectively. The level of the cut or boost is measured in decibels (dB). You’ll usually be using EQ as a plugin on your DAW, as studio outboard gear, or as a knob on a mixer.

Sounds consist of a wide selection of differing frequencies. They’re measured in hertz – usually referred to as Hz. Each sound sits on a scale that’s measured from low to high; low would be around 20 Hz, whereas high would be around 20,000 Hz (equivalent to 20 kHz). Pretty much every sound in the world lies on that spectrum and most can be perceived by the human ear.

Bass is any frequency between 20 and 500 Hz; a frequency between 500 and 4 kHz is regarded as a mid; 4 kHz up to 20 kHz is a treble. Having this knowledge of frequencies will then help you to use EQ while recording and mixing. 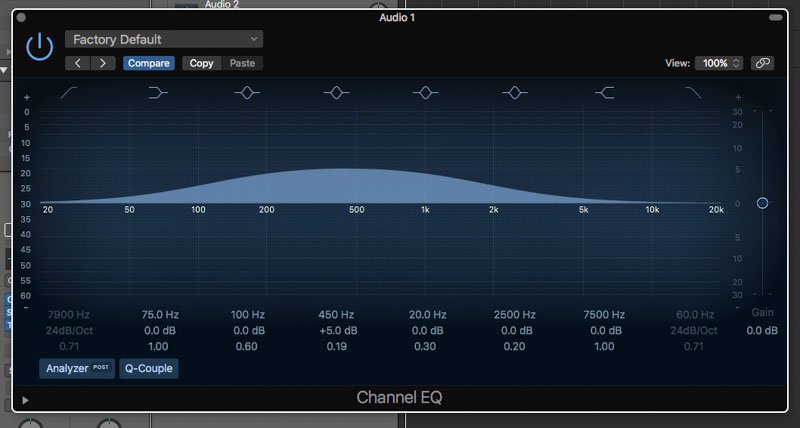 What does EQ do?

For example, when you record – whether it’s a vocal, or an instrument – you may find that your final recording contains frequencies that are higher or lower than you want. These can be rectified by boosting or cutting these frequencies as required.

Using it will mould the frequencies into something that you deem useable; it doesn’t generate completely new ones. You’re simply chipping away and refining. This process will not only alter the sonic character of the sound you’re working on, but also impacts the balance between existing frequencies in your mix.

That gives you the chance to craft a space within the frequency spectrum for each aspect of your track. This ensures that everything from your vocals to instruments sits nicely within your mix. It’s imperative for preventing frequencies from interfering with each other.

However, if used incorrectly, it’s possible for it to be detrimental to your final sound. Make sure that your initial recording is as good as possible before you start applying it. Too much can add distortion and make a sound almost unrecognisable from its original form. 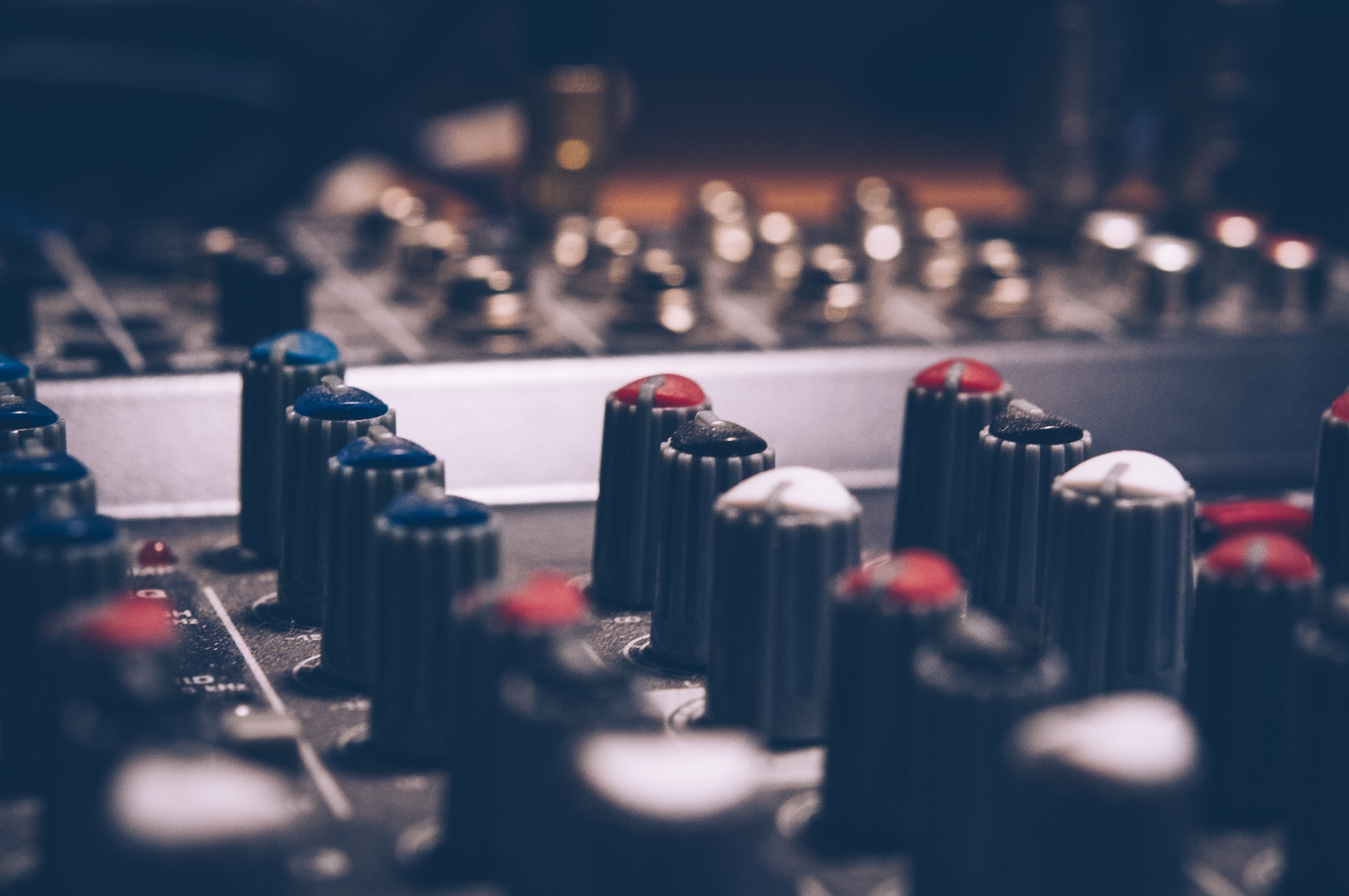 When Should you use EQ?

There’s two main schools of thought when it comes to using it: creative and corrective.

Creative EQ should be used to thicken up or slim down a sound, make parts of the mix sound closer or further away, enhance sections of a specific sound, and make every element sit well in the mix. Creative is intended to make the listening experience more interesting than it otherwise might be.

Corrective EQ is all about making fixes and getting rid of unwanted vibrations, buzzing, or hisses etc. It’s especially useful for removing certain resonant frequencies generated by rooms without acoustic treatment and even feedback. 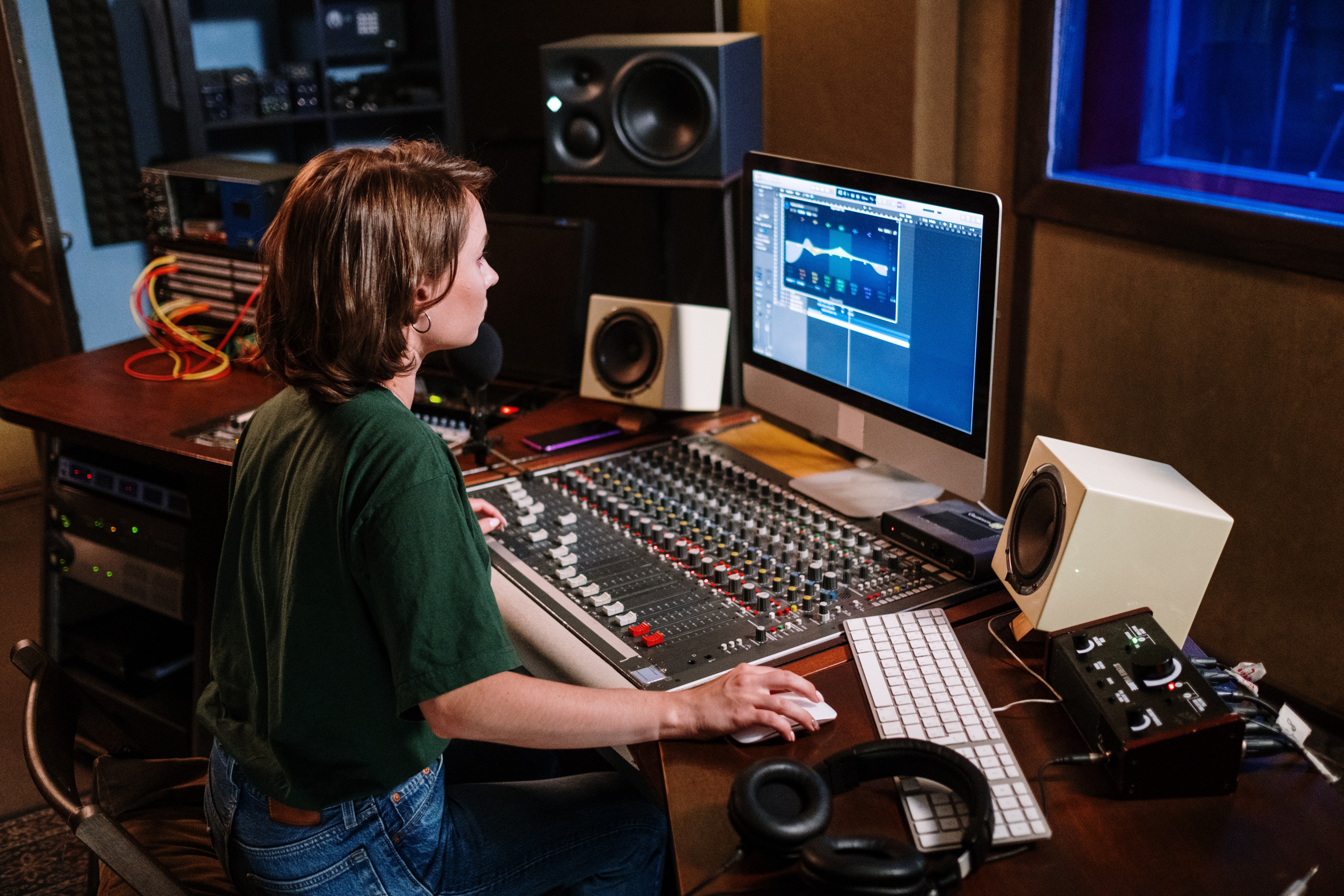 What Controls are there on an EQ?

The majority share a similar set of basic controls.

Bandwidth: This is represented by a Q – which outlines the EQ’s width. A wider Q (with a smaller number) impacts frequencies located next to the one you’re focusing on. It’s ideal for boosts. A narrower Q (with a higher number) lets you accurately focus in on very specific frequencies – making it perfect for cuts.

Gain: Select the preferred volume of your EQ setting (represented in decibels). It commonly ranges from -15 db – +15 dB. A negative gain amount shows a cut, while a positive amount indicates a boost.

Frequency: used to select the frequency which will be altered and the range where cuts and boosts will happen.

What Types of EQ are there?

Low-Pass Filter: Reduces frequencies above the stated threshold and lets through all frequencies underneath it. It can be used to minimise high frequency hiss, soften sharp sounds, and lower highs found in deeper sounds. 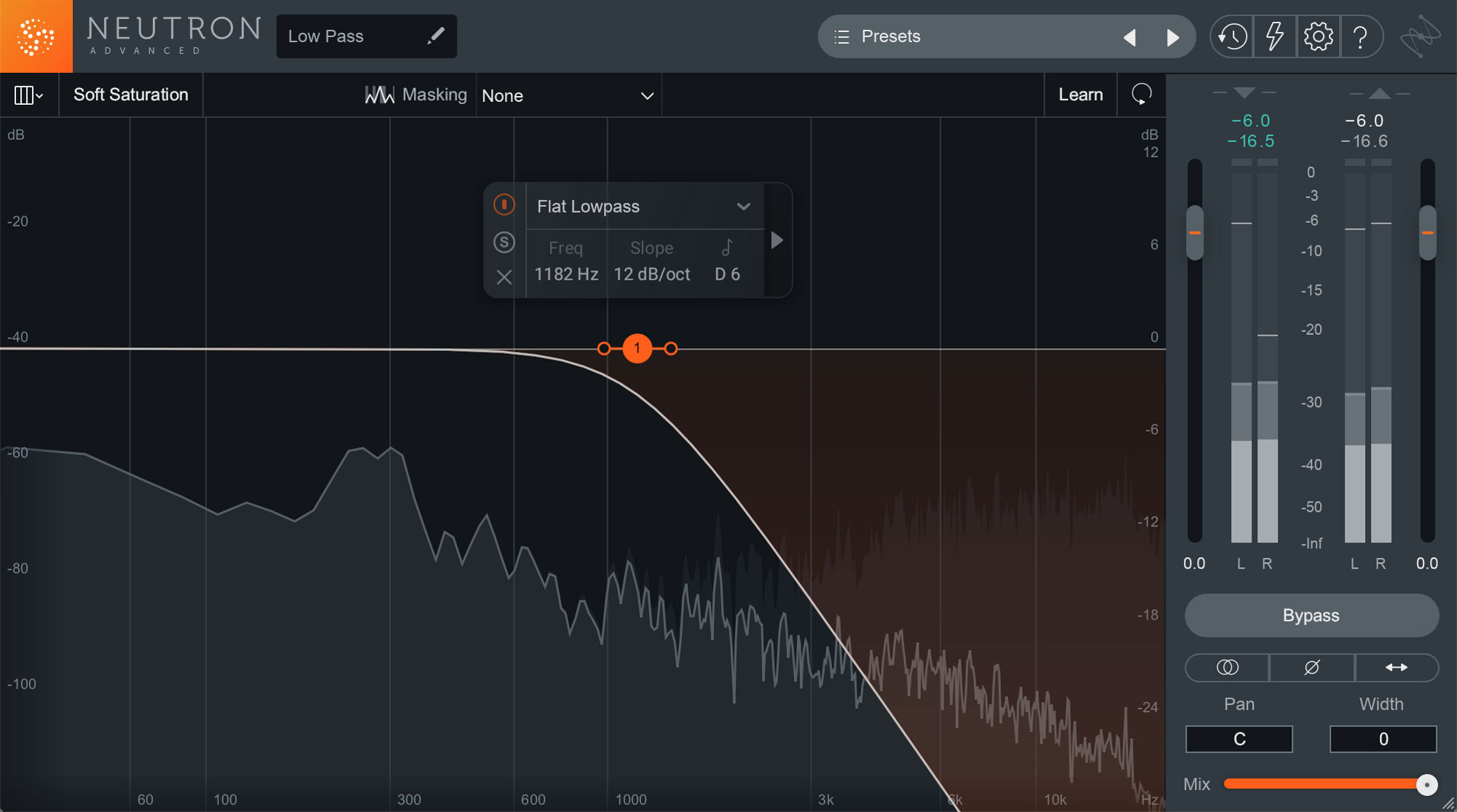 High-Pass Filter: Reduces frequencies below the stated threshold and lets through all frequencies above it. It can be used to minimise rumble and attenuate very low bass. 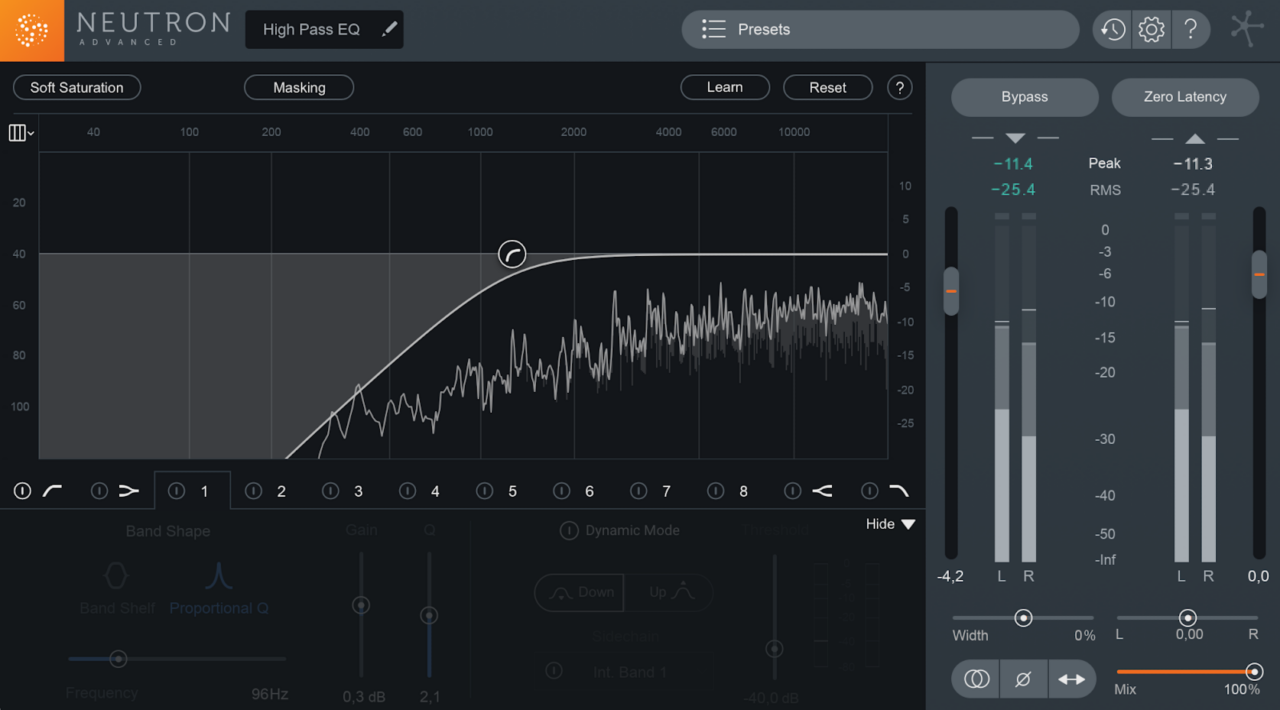 Band-Pass Filter: Lets through a specified band and attenuates anything above and below it. It’s useful for accurate changes within a certain frequency. 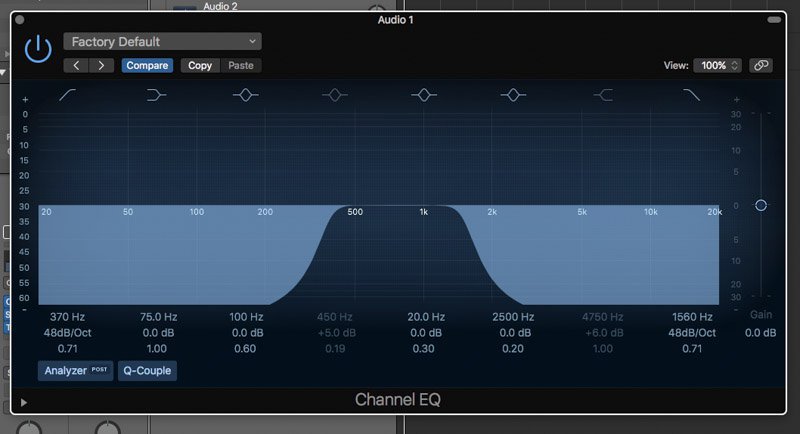 Parametric: Usually used on separate tracks. Use it to select the frequency you want to adjust, the bandwidth (Q) and the gain. Most feature between three and seven bands.

Semi-Parametric: Identical to a parametric one – apart from the fact that the Q remains fixed.

Graphic: Commonly used to alter the entire mix – not separate tracks. They usually feature somewhere from 7, to 31 bands. They have a selection of sliders (each of which has a fixed frequency band). 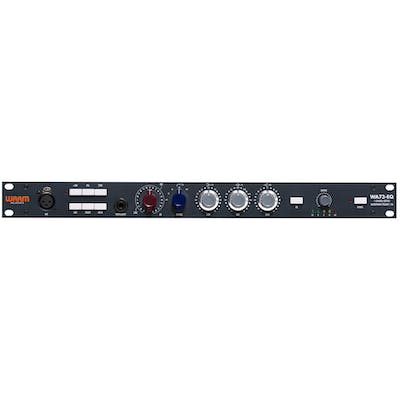 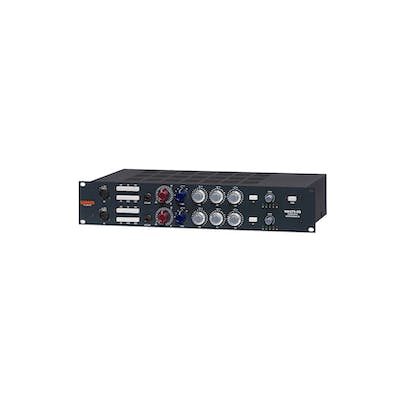 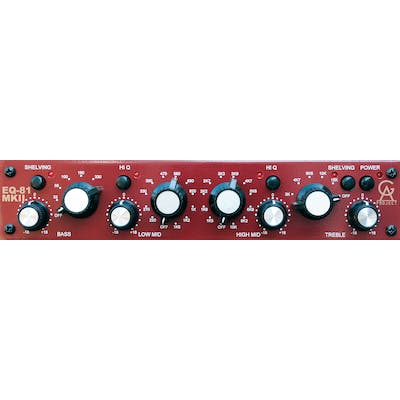 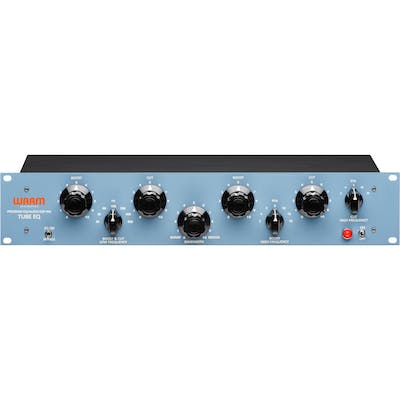 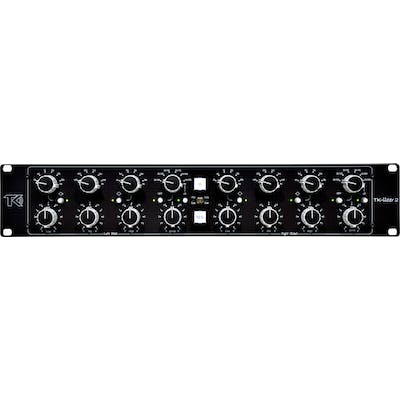 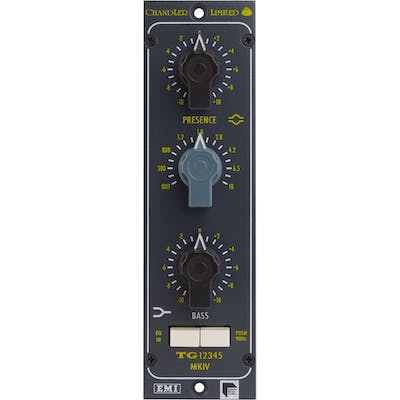 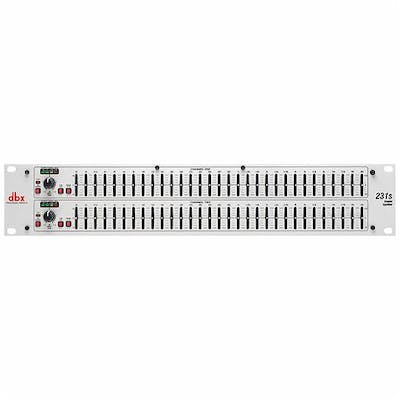 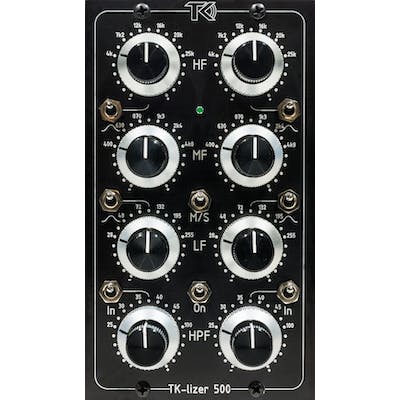 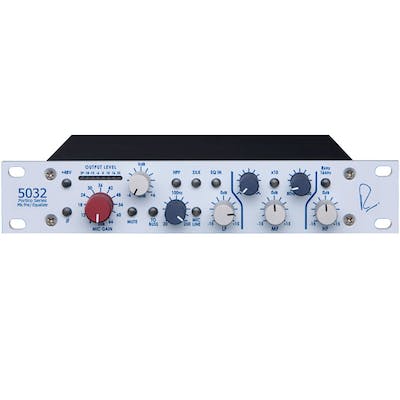 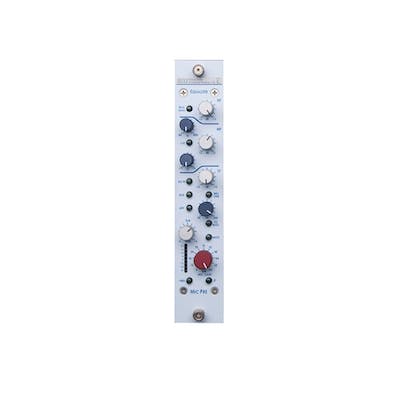 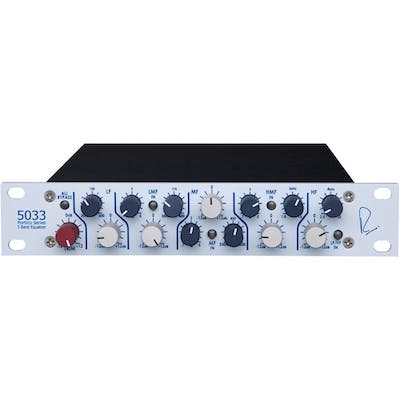 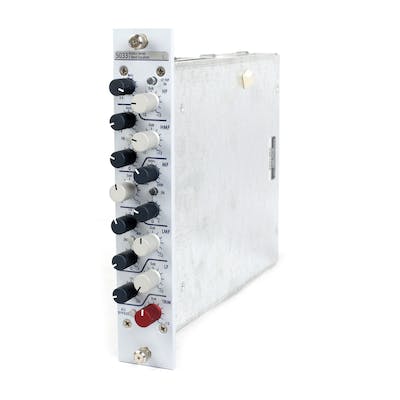 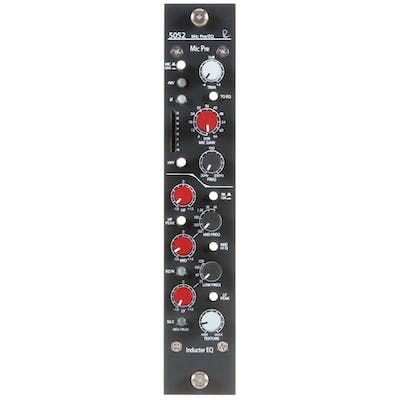 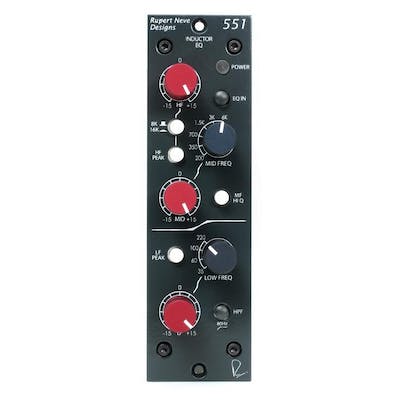 Why not check out the rest of our learn content here?

We’ve also rounded up a selection of other relevant articles for you below: